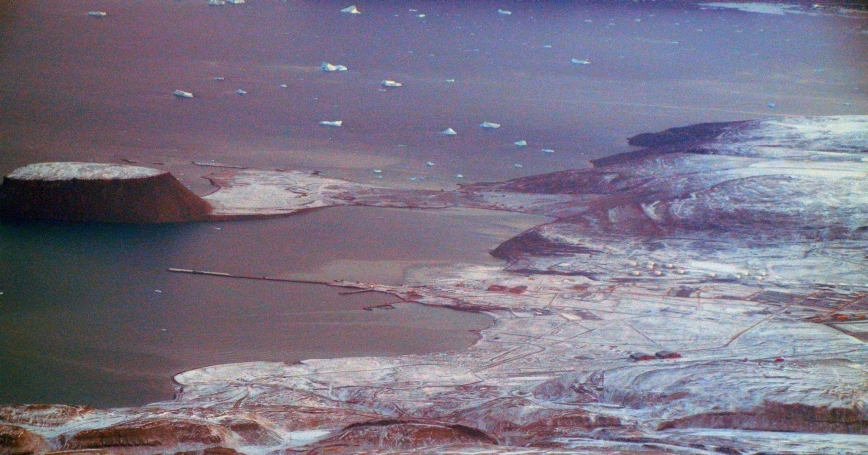 One of NATO's geographic advantages—control of the lands around a key maritime chokepoint—may be in peril.

For decades, alliance forces have used nearby bases to keep tabs on Russian submarines, surface ships, and aircraft transiting the Greenland-Iceland-United Kingdom, or GIUK, Gap, which consists of a 200-mile stretch of ocean between Greenland and Iceland and a 500-mile gap between Iceland and Scotland. But strong independence movements in Greenland, the Faroe Islands southeast of Iceland, and Scotland could soon jeopardize this position.

All three currently enjoy high degrees of autonomy within the Kingdom of Denmark (Greenland and the Faroe Islands) or the United Kingdom (Scotland), and substantial subsidies, blunting the desire for immediate separation. Yet many citizens of all three seek the trappings of full independence, including the right of complete self-determination. In the case of Scotland, many nationalists also hope to rejoin the European Union; in the 2016 referendum when Britain voted to depart the EU, a solid majority of Scottish voters sought to remain in that body.

Should any or all of these nations achieve independence, it is not clear that they will choose to join NATO, or even that they will allow alliance forces to operate from their territory. Perhaps they will conclude that alliance membership or involvement somehow impinges on their new sovereignty, or that strict neutrality would improve their security while reducing the need for defense spending. Some citizens might simply be embittered enough towards their former governments that they do not want to join an alliance that includes them.

Russia or China could also seek to undermine NATO by gaining economic influence over Greenland, the Faroe Islands, and Scotland. All three depend heavily on industries with volatile revenues, including fisheries, tourism, fossil fuels, and minerals. A temporary surge in one or more of these industries could be misperceived by electorates as signs of permanent prosperity, giving them the confidence to demand and achieve full independence. When the inevitable cyclical crash happens, and subsidies from Copenhagen or London are no longer forthcoming, they could be desperate for help, and willing to welcome it from outside powers offering money on seemingly favorable terms.

The Faroe Islands have only 49,000 people, and Greenland only 56,000; in other words, just 7 or 8 percent of the population of a single U.S. congressional district, or less than half the population of Topeka, Kansas. Each has a gross domestic product of about $3 billion, so relatively small investments or loans could be used to dominate their economies. Even while Greenland is under Danish sovereignty, a Chinese company has been seeking to establish a large rare-earths mine there, which would reshape the island's economy and even its population, given the anticipated thousands of Chinese miners that would be brought in to do the actual work. While this project is currently in abeyance due to environmental concerns, it could be resuscitated, or succeeded by additional projects that would reshape these small nations' futures. Scotland would be less vulnerable to small-scale manipulation than the others, given its population of 5.5 million and a GDP of over $200 billion, but could still find itself in dire economic straits and reliant on external powers posing as benefactors.

It could be critical for the U.S. and other NATO nations to make a concerted case for the value of the NATO alliance to the people who live along the GIUK Gap.

Economic influence could be complemented by a barrage of propaganda, perhaps with disguised origins; it would take limited resources to flood Greenlandic-language or Faroese-language social media with deceptive messages. In countries with such small populations, attempts to manipulate or coerce a handful of prominent individuals could also have a dramatic effect.

The resulting risks to NATO in the GIUK Gap are not confined to potential loss of basing alone. Given sufficient leverage, Russia, China, or both could set up ostensibly commercial establishments in any of these nations that would enable them to conduct intelligence, surveillance, and reconnaissance in the region. A small, economically-fragile nation subject to active influence operations might not be willing to push back against a power using its territory to collect electromagnetic and other signatures, particularly if the ISR operations were conducted with a veneer of deniability.

Greenland's security environment makes it a special case among these three potentially independent nations. In addition to its importance in terms of the GIUK Gap and North Atlantic, the U.S. base in Thule, Greenland, helps to secure the northern approaches to North America. Moreover, Greenland encompasses a vast territory, nearly one-third the size of the continental United States, with the world's fourth-longest coastline; its southernmost point is as far from its northernmost as Havana is from Montreal, or as Algiers is from Oslo. A nation whose entire population is 4 percent of the size of the active-duty U.S. military lacks the numbers and resources to secure this area, and if it does not join NATO, it may feel obligated to find others who will help it to protect its territory and interests. Despite its disputes with Russia over the legal status of parts of the Arctic Ocean, it could be seduced into Russia's or China's orbit.

In light of these issues, it could be critical for the United States and other NATO nations, particularly Denmark and the United Kingdom, to make a concerted case for the value of the NATO alliance to the people who live along the GIUK Gap. Outside powers may not be able to reshape independence debates, which have their own dynamic, but they may be able to help ensure that if Greenland, the Faroe Islands, and/or Scotland do become independent, that they remain under the NATO umbrella. In particular, they could be more vocal, both publicly and privately, about three types of benefits from being engaged with NATO. The first is the straightforward economic benefit of basing: the expenditure of substantial amounts of money, and creation of large numbers of jobs, has a powerful impact in relatively small economies. The fact that much of this spending is recurrent, rather than subject to the swings of these nations' main export industries, also contributes to economic stability.

The second type of benefits are those that derive from military capabilities, but contribute to the well-being of local populations. For example, military search-and-rescue capabilities can be readily used to help civilians in distress, if needed. Similarly, military medical capabilities can be redirected to support local populations, particularly following mass-casualty incidents or when epidemics overwhelm local capacity. They could also provide specialized care or even medical evacuation capabilities that might not otherwise be available to small, isolated communities. Some types of infrastructure improvement, from runways to high-speed internet, might also benefit nearby civilians. Military weather and oceanographic information could benefit local populations, as could the broad domain awareness that military commands seek. By alerting local authorities and the public to incoming storm fronts, illegal fishing, and other threats, NATO forces could make themselves seemingly indispensable to those communities.

The third set of benefits falls under the broad rubric of security and sovereignty. The tiny population of the Faroe Islands would have difficulty securing its maritime exclusive economic zone against unwanted incursions by foreign military forces or illegal fishing vessels; for massive Greenland, these problems would be hundreds of times greater. Even Scotland, whose EEZ is six times its land area, would have trouble securing it without cooperating with NATO allies. By highlighting the value of joining and working with NATO to protect their sovereignty, and to secure their interests in the wider North Atlantic, the United States and allies could help to increase their interest in supporting the alliance if they do become independent.

As Greenland, the Faroe Islands, and Scotland debate independence, the U.S. and its NATO allies could work to ensure that these nations remain under the alliance's umbrella.

Demonstrating and communicating these benefits requires long-term engagement efforts with communities and governments in Greenland, the Faroe Islands, and Scotland. Investments, policies, and gestures that cost relatively little, compared with overall military expenditure, could have a disproportionate impact in small countries. For example, providing increased medical support to local communities could foster considerable goodwill. The tangible benefits of NATO presence in these nations are already felt by many, and past engagement efforts have contributed to recognition of those benefits; but such efforts may need to be redoubled as independence becomes increasingly possible in all three nations. Undertaking such efforts may also help sustain basing access even if these nations do not become independent, and parallel efforts with small, independent Iceland can help to ensure that it remains committed to NATO. The United States also needs to avoid cack-handed diplomacy, like the 2019 proposal to buy Greenland.

To conclude, the NATO alliance depends critically on its ability to secure the GIUK Gap to counter Russian intrusion into the North Atlantic, and the support of regional nations to prevent Russia or China from gaining a foothold in the area may be needed. As Greenland, the Faroe Islands, and Scotland debate independence, the United States and its NATO allies could work to ensure that these nations remain under the alliance's umbrella. By expanding efforts to demonstrate the economic, security, and ancillary benefits of NATO involvement, and publicly engaging with both communities and governments, they could help to prevent any potential fraying of NATO's influence in the GIUK Gap. It may be time for NATO to adopt the motto of the London Underground, and “Mind the Gap.”

This commentary originally appeared on Defense One on July 15, 2021. Commentary gives RAND researchers a platform to convey insights based on their professional expertise and often on their peer-reviewed research and analysis.