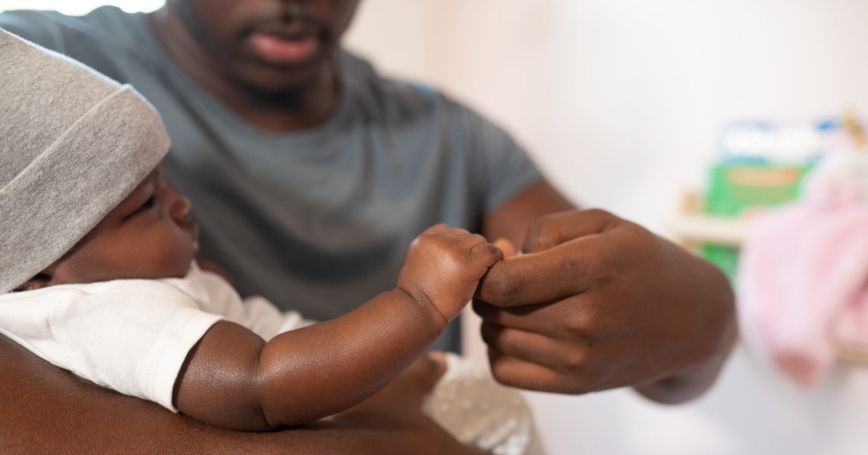 Systemic racial bias affects Americans of color throughout their lifetimes—in education, employment, housing, and the criminal justice system. But many Americans remain skeptical about bias as a causal factor in the disparities between Black and white Americans.

RAND senior behavioral scientist James Anderson, and Rachel Perera and Heather Gomez-Bendaña, both assistant policy researchers at RAND and Ph.D. candidates at the Pardee RAND Graduate School, are working to create an interactive tool that illustrates how the effects of bias compound over time. Their aim is to improve understanding of how seemingly small disparities can add up to create significant inequality.

As part of a series of conversations about ongoing projects in RAND's growing portfolio of high-quality research on racial equity policy, Anderson, Perera, and Gomez-Bendaña discussed with RAND president and CEO Michael D. Rich their efforts to shine a light on this complex and pervasive problem.

Michael D. Rich: Why did you want to pursue this subject?

James Anderson: The genesis of this topic came about maybe 10 years ago. I was thinking about refinancing my home mortgage and looking at one of those calculators that shows the effect of compounding interest. It illustrates the “magic of compounding,” where even quite small differences in interest rates, for example, make much larger effects than most people would intuitively think. So, I always thought that it would be potentially powerful to build a tool that would illustrate the compounding effect of racism across the life course.

Rachel Perera: My research more broadly is on issues of racial equity in K–12 education, with some work on racial bias, specifically how bias and discrimination manifests in the school discipline process. One reason I was interested in working on this topic with James and Heather was because I saw it as a potentially innovative way to think about how to communicate the cumulative effects of racial bias and discrimination in the education process.

Rich: Why do you think the concepts of racial bias and systemic racism can be difficult to understand?

Anderson: I think acknowledging and grappling with the enduring American problem of racism is hard. It's been such a central fact in American history that it's a difficult fact to grapple with. And so, as a result, it's easier to just avert one's eyes and pretend that the United States is a perfect meritocracy when there's just an awful lot of evidence to suggest it's really not.

Perera: I do think it's an endemic problem that's not well understood, and I think in large part that's due to a lack of a shared understanding as to how structural racism and discrimination operate currently. I think people have a paradigm that's often grounded in the America of the 1950s and '60s, before the Civil Rights Act, when there were very obvious forms of racial discrimination embedded within society.

Rich: Is there an experience you've had that has shaped your thinking about this issue?

Anderson: I was a public defender, defending people on death row for 10 years in Pennsylvania. And race was just a central fact in the administration of the criminal justice system generally, but particularly with the death penalty. It affected who was charged. It affected how juries were selected. It affected virtually every stage of the criminal justice system. So that experience certainly made me more cognizant of the existence of significant racial disparities and potentially bias.

We talk about gaps in income and wealth, but some of the things that aren't talked about as much are the structural factors that led to these gaps.

Heather Gomez-Bendaña: I was a teacher for a few years at a Title I school. I would say that was my first eye-opening experience in regard to different lived experiences. If you were to really see the things my students went through or the things that parents overcame to make it, the impacts of social determinants of health—they just had a lot of barriers and an unequal playing field from the start. And I think that we don't really take the time to consider the difficulties of that.

Rich: Let's talk about this interactive tool you're developing. What's an example of an input and an output that will illustrate the effect of bias over time?

Anderson: Take income, for example. Suppose that because of bias in the workplace, a Black employee's income rises more slowly—maybe three percent more slowly—than the income of a white employee. That may not sound like much, but because of compounding, even small amounts of bias can multiply to produce big gaps over time. So in this case, our tool would allow the user to input the starting incomes and the effect of bias, and then it will show the difference over time. Beyond income, the tool will allow for similar exploration through inputs and outputs that relate to education and wealth.

Rich: And what do you hope that people take away from exploring this tool?

Gomez-Bendaña: The largest thing that I hope people get out of it is increased awareness of racial bias and the issues surrounding it. We talk about gaps in income and wealth and those kinds of things, but some of the things that aren't talked about as much are the structural factors that led to these gaps, things like redlining and the implementation of the GI Bill.

Perera: I hope something like this can help people more actively challenge the assumptions they might have in terms of how institutions and processes operate, but also how some of these effects can have really long-term, persistent effects across the lifespan and generations. And if this plants the seed to support people in challenging their assumptions more often, I think that would be a good outcome.