Global Health Data Sharing: The Case of China and the Two Coronavirus Pandemics 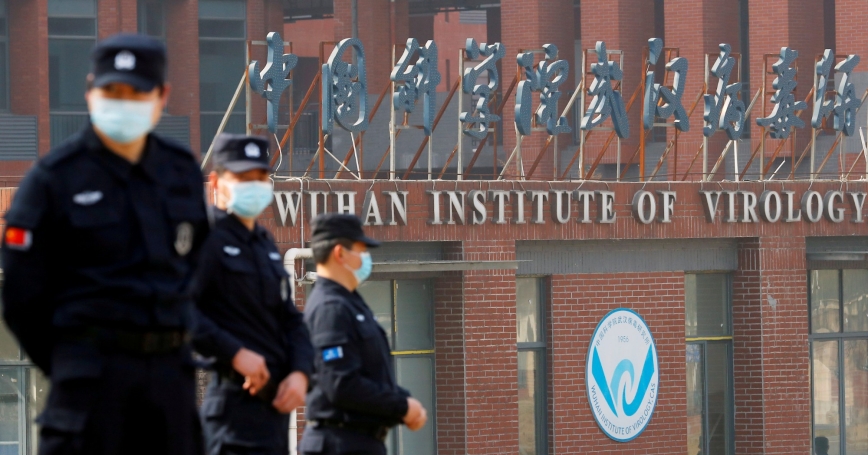 Security personnel at the Wuhan Institute of Virology during the visit by a World Health Organization team investigating the origins of COVID-19, in Wuhan, China, February 3, 2021

The future of disease monitoring for global health may depend on the willingness of policymakers to protect data-sharing agreements from global geopolitics. The recent G20 summit sought to focus on global health financing and find ways to build a strong global health surveillance system. Little progress was made.

The lack of agreement was not surprising, in part because China and several other countries reject the G20 having a role in global health surveillance efforts, favoring instead the World Health Organization (WHO) as the appropriate body. China also appears to increasingly see international sharing of health data as a potential threat to its global image.

In 2020, multiple gag orders were sent from the central government to discourage Chinese clinicians and scientists from publishing research articles related to COVID-19. China also enacted two new data laws in September and November this year—the Data Security Law and the Data Privacy Law—that in combination with the 2017 Cyber Security Law usher China into a new era of government restriction on cross-border data sharing. These policies and laws erect major barriers that may prevent China from participating in global health collaborations, disease surveillance, and international medical research.

Although tensions over the coronavirus seem to be prompting China to isolate itself in terms of data sharing, the first coronavirus pandemic in 2003 actually helped open China to health collaborations with other countries. Before 2003, China's central government considered its population health data to be state property and sharing with foreign researchers was rare. As a Chinese medical student in 1993, I tried to collaborate with a U.S.-based Ph.D. student to study the mortality patterns in modern China, but no publicly-reliable source of “modern” era mortality data was available in Beijing's archives or libraries. I encountered similar problems, in 1998, in my own U.S.-based studies of China's HIV/AIDS epidemic.

The first coronavirus pandemic in 2003 actually helped open China to health collaborations with other countries.

However, the 2003 SARS pandemic loosened China's data restrictions. The WHO traced an outbreak of the first severe acute respiratory system–coronavirus (SARS-CoV-1) pandemic to the Guangdong province, revealing weaknesses in China's infectious disease surveillance system. But China also had recently entered the World Trade Organization at that time, and the U.S. government under George W. Bush and the Chinese government under Hu Jin Tao were both eager to engage in public health collaborations.

U.S. Secretary of Health and Human Services Tommy Thompson visited China in October 2003, forging a multiyear partnership with the Ministry of Health to modernize China's public health infrastructure. Months later, U.S. Secretary of State Colin Powell spoke of the United States and China building upon issues of global importance “challenge by challenge.” China, in turn, established data-sharing agreements with U.S. Centers for Disease Control and Prevention (CDC), WHO, and the United Nations Program on HIV/AIDS. This embrace shifted Chinese policy away from its previous practice of treating public health data as “state data.”

For nearly 20 years, China and international global health scientists worked side-by-side. The U.S. CDC colocated offices for its Global AIDS Program and Influenza Program within the compound of China CDC. Together U.S. and Chinese scientists battled avian flu (2005), swine flu (2009), and H7N9 flu (2013). China established the fifth WHO global observatory on influenza, routinely sharing data for the global flu forecast and conducting regional training. In 2014, China sent humanitarian aid to Western Africa to address Ebola, and in 2015, the United States and China renewed their commitment to building collaborative global health systems to serve “not only on health concerns of the two peoples but also [those] significant to the whole world.”

COVID-19 is the second novel coronavirus, and this pandemic has spread farther and killed many more people than the first. After some initial confusion and cover-ups in China that falsely characterized the virus's impact, Chinese scientists went on to honor their collaborations with other global health organizations. In early 2020, Chinese scientists published the COVID-19 genome to help with case identification outside China. Chinese clinical researchers and epidemiologists from China CDC also provided the first batches of clinical data on the virus.

Unlike 2003, however, some in the United States offered only COVID-19–related jabs to China. Former U.S. president Donald Trump called the pandemic the “Kung flu.” Top American policymakers threatened to force China to repay damages from the pandemic. Western media accused China of human rights violations when officials locked down Wuhan (the COVID-19 epicenter). And the lab associated with the virus has been pressured to prove it properly handled the virus.

Changes of attitude toward China have had a chilling effect on scientific collaboration between the United States and China.

These changes of attitude toward China have already had a chilling effect on scientific collaboration between the United States and China. During the peak of the COVID-19 pandemic in China (March 2020), China expelled American journalists. Both countries set up new regulations for diplomats to visit universities or local officials. The U.S. CDC office in Beijing is staffed only by a skeleton crew. The mounting distrust adds barriers for disease surveillance data sharing, the exchange of students and scholars, and even health collaboration programs.

World leaders may be doing their citizens—and global health efforts—a disservice when they allow toxic geopolitics to undercut trust and international collaborations that took decades to build. Perhaps a “safe harbor” type of data-sharing treaty, through the WHO or other mutually-respected global health entity, could help rebuild global health data sharing.

Jennifer Bouey is a senior policy researcher, Tang Chair for China Policy Studies, and an epidemiologist at the nonprofit, nonpartisan RAND Corporation.