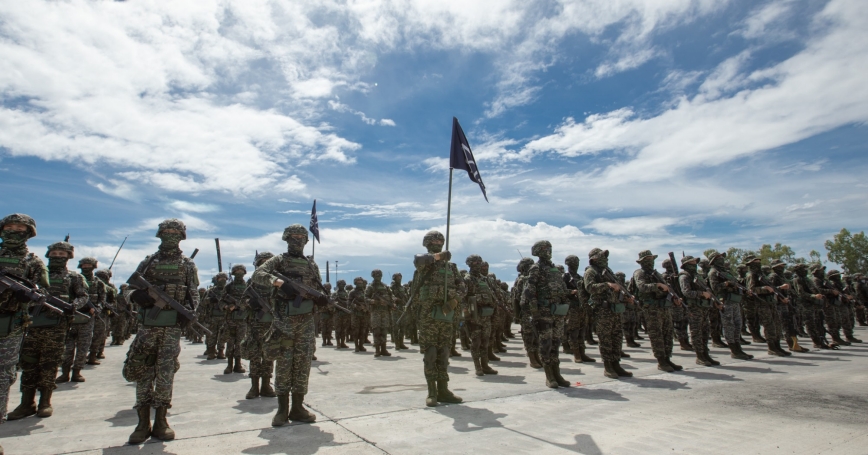 Republic of China Marine Corps at the Presidential Palace in Taipei, Taiwan, July 6, 2020

Across multiple wargames conducted last year, the U.S. military repeatedly failed to defend Taiwan against Chinese invasion. The one success they had relied on critical military and intelligence contributions from Taiwan. But this was a fictional simulation assuming an optimal Taiwanese strategy employing technology that does not yet exist. As the United States prepares to deter China from attacking Taiwan and defend it from an attack, are the Taiwanese themselves doing everything they can to defend their territory?

Michael Hunzeker recently argued that Taiwan has shelved its asymmetric defense strategy in favor of high-tech capabilities that will at best fail to defend the island against China and at worst serve to strengthen China's resolve to retake what it views as a renegade province. Washington is counting on Taiwan to hold out long enough for the United States to muster its forces and intervene before Beijing imposes a fait accompli. Jettisoning asymmetric defense, the thinking goes, means that Taipei is not serious about its own security and instead just wants to free-ride on American troops' lives. Some analysts have called for the United States to abandon Taiwan unless the latter meets American demands.…

Raymond Kuo is a political scientist at the nonprofit, nonpartisan RAND Corporation.

This commentary originally appeared on War on the Rocks on December 6, 2021. Commentary gives RAND researchers a platform to convey insights based on their professional expertise and often on their peer-reviewed research and analysis.