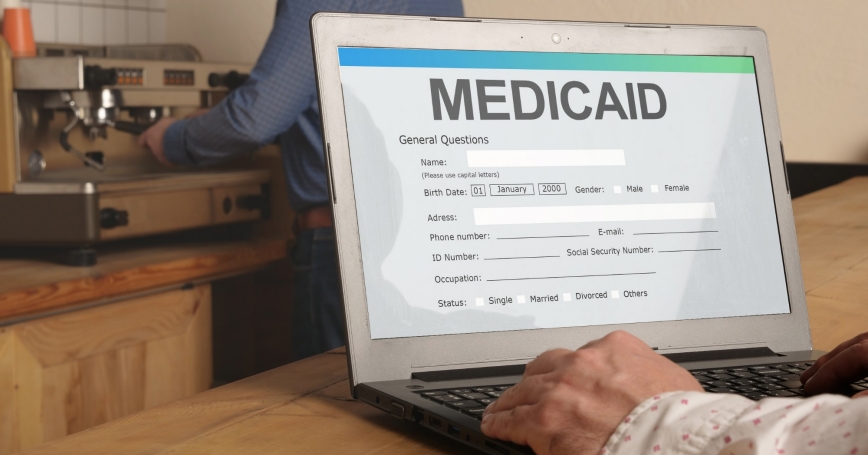 Frequent moving in and out of Medicaid due to income fluctuation, known as churning, has been demonstrated (PDF) to increase insurance coverage gaps, disrupt access to health care, increase unnecessary administrative burden, and lead to suboptimal health outcomes. Twelve-month continuous eligibility could be an effective policy tool to reduce churning among Medicaid beneficiaries. Individuals who qualify for 12-month continuous eligibility would be guaranteed Medicaid coverage regardless of changes in income in the 12 months after eligibility determination and enrollment.

The 12-month system has been widely adopted for children covered by Medicaid, but only New York and Montana have implemented continuous eligibility for adults covered by Medicaid so far. Research has shown that among children, it increased coverage length by 1.8%, led to a moderate 2.2% increase in medical cost, and was associated with improved health outcomes. A recent analysis (PDF) by the Medicaid and CHIP Payment and Access Commission (MACPAC) found it led to fewer children with short enrollment periods.

Relatively little is known about the system's effects on adults covered by Medicaid. Compared to Medicaid coverage for children, coverage for adults tends to be more volatile. This is mostly because adults often have a narrower income eligibility band so that there is less room for income to fluctuate before they become ineligible for Medicaid. As a result, continuous eligibility could have a larger impact on coverage in adults than in children.

Our recent evaluation of New York state's 12-month continuous eligibility policy showed results that are consistent with prior research. Continuous eligibility increased Medicaid coverage duration by 8.2% in the population enrolled through the insurance exchange and by 4.2% among those enrolled through local departments of social services, but the per member per month cost decreased by 4.7% and 1.5%, respectively. Combining both effects resulted in a net increase in the total medical cost of 2.6% to 3.1%, respectively, which is slightly larger than that in children.

States have some flexibility to leverage existing laws to reduce Medicaid churning. For example, the Families First Act required states to extend the eligibility of Medicaid beneficiaries through the end of the Public Health Emergency, and recent Centers for Medicare and Medicaid Services (CMS) guidance clarified that states could have up to 12 months to complete the redetermination process. The American Rescue Plan lets states extend postpartum coverage for pregnant women to reduce maternal mortality and reduce racial disparities.

Continuous eligibility increases Medicaid enrollment in both children and adults, with a moderate increase in total medical cost.

Continuous eligibility increases Medicaid enrollment in both children and adults, with a moderate increase in total medical cost. In addition, states may benefit from the reduction in administrative costs due to a decreased rate of churning. Federal and state policymakers might consider continuous eligibility to help stabilize Medicaid enrollment and thus make it more akin to coverage for individuals with employer-sponsored insurance or Medicare beneficiaries.

Harry Liu is a senior policy researcher at the nonprofit, nonpartisan RAND Corporation and a member of the Pardee RAND Graduate School faculty. Leighton Ku is a professor and the director of Center for Health Policy Research at Milken Institute School of Public Health, George Washington University.