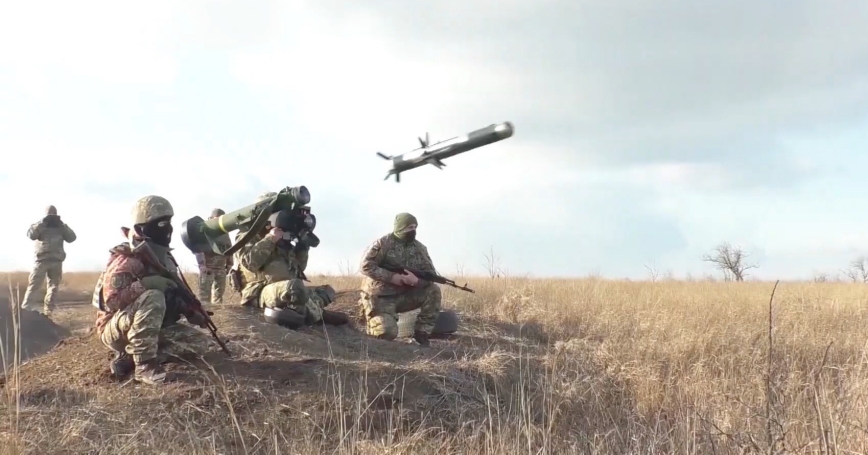 by Samuel Charap and Scott Boston

With Russian forces massed on Ukraine's borders, the policy discussion in Washington increasingly has focused on what the United States can do to help its Ukrainian partners defend their country. Just this week, the Biden administration has approved deliveries of U.S.-made Stinger shoulder-launched anti-aircraft missiles to Kyiv, in addition to upping provision of other military equipment. Allies, including the United Kingdom, are providing their own assistance, too.

The justification for the aid has varied. Some have made the case that U.S. military assistance to Ukraine can change Russia's calculus now, possibly deterring Moscow from launching an attack. Others claim that aid to the Ukrainian military can have a real impact on a possible fight with the Russians, making it meaningfully more challenging for the Kremlin to achieve victory and ruling out certain military options Russia might be considering. And there are also voices who call for additional capabilities merely to raise costs for Moscow—that is, to kill more Russian soldiers—so as to create political problems for President Vladimir Putin at home, although without much expectation that Ukraine would prevail.

None of these arguments is convincing. That does not mean security cooperation with Kyiv should cease. It does mean that military assistance is not an effective lever for resolving this crisis.

Since 2014, the United States has provided over $2.5 billion in military aid to Ukraine, following the Russian annexation of Crimea and invasion of the Donbass. U.S. assistance to Ukraine has included the provision of trainers, selected defensive systems (such as counter-mortar radars), and more recently, Javelin anti-tank missiles. This assistance has principally aimed to improve Ukrainian effectiveness in the relatively static conflict against Russian-backed separatist forces in the Donbass, who are mainly armed with small arms and light weapons, along with some artillery and Soviet-era armor.

Military assistance is not an effective lever for resolving the Russia-Ukraine crisis.

Crucially, however, Ukraine has mainly not been fighting Russia's armed forces in the Donbass. Yes, Russia has armed, trained, and led the separatist forces. But even by Kyiv's own estimates, the vast majority of rebel forces consist of locals—not soldiers of the regular Russian military. Indeed, the Russian armed forces engaged directly in the fighting only twice—in August–September 2014 and January–February 2015—and with limited capabilities, although both episodes ended in crushing Ukrainian defeats.

Moscow has sought to retain some veil of deniability about its involvement in the conflict, which meant the Russian military never used more than a tiny fraction of its capabilities against the Ukrainians. It applied just enough force to get the job done while avoiding protracted, overt interventions. A wide variety of signature Russian capabilities—including its air force and ballistic and cruise missiles—have not been involved in the fighting at all, even as they have been repeatedly demonstrated in combat operations in Syria.

The nature of the reported Russian buildup suggests the expanded war, if it happens, will differ fundamentally from the past seven years of simmering stalemate. Russia has the ability to carry out a large-scale joint offensive operation involving tens of thousands of personnel, thousands of armored vehicles, and hundreds of combat aircraft. It would likely begin with devastating air and missile strikes from land, air, and naval forces, striking deep into Ukraine to attack headquarters, airfields, and logistics points. Ukrainian forces would begin the conflict nearly surrounded from the very start, with Russian forces arrayed along the eastern border, naval and amphibious forces threatening from the Black Sea in the south, and the potential (increasingly real) for additional Russian forces to deploy into Belarus and threaten from the north, where the border is less than 65 miles from Kyiv itself.

In short, this war will look nothing like the status quo ante of conflict in Ukraine, and that undermines the first justification for U.S. aid: deterring Russia. The Ukrainian military has been shaped to fight the conflict in the Donbass and thus poses little deterrent threat to Russia; provision of U.S. weapons can do nothing to change that. If Moscow is willing to launch a major war, invading the second-largest country in Europe with a population of over 40 million, all while absorbing tremendous economic punishment from the West, then it is unlikely to be deterred by whatever U.S. military assistance can be delivered in the coming weeks. The only weapons systems that could plausibly impose costs that could change Russia's calculus, such as surface-to-air missiles and combat aircraft, are ones that the United States would be highly unlikely to provide the Ukrainians. And, regardless, they could not be procured, delivered, and be made operational—to say nothing of getting the Ukrainian operators trained up to use them—in time to have an impact on this crisis. Large, modern systems require extensive training and material support.

Ukraine does not have anywhere near enough forces to credibly defend against all the potential avenues of attack.

Once deterrence fails and a war begins, the Ukrainian armed forces will find themselves in desperate circumstances almost immediately. Ukraine does not have anywhere near enough forces to credibly defend against all the potential avenues of attack, which means it would have to choose between defending a select set of fixed strong points—ceding control of other areas—or maneuvering to engage Russian forces that outnumber them. The line of conflict in the Donbass will be but one of many fronts. The Ukrainian fortifications there may well look like a modern-day Maginot Line: prepared for a frontal attack that may never come and bypassed by the mobile forces of an adversary with more-advanced aircraft and more-mobile land forces.

Ukraine's great size means that the land forces operating there will be required to move to cover large areas of rural terrain. Mobile engagements would benefit Russian forces, which are far better trained and equipped to conduct coordinated air and land maneuver warfare than their Ukrainian opponents. The Russian military has repeatedly practiced the use of long-range strike and tactical fires cued by drones as well as other means of reconnaissance, both in training and in combat operations in Syria. Russia's combat aircraft and strategic air defenses give Moscow many more options to control the air and to strike Ukrainian forces, and most Russian pilots have recent real-world experience in Syria. The Ukrainian military also largely operates legacy Soviet weapons; Russian forces have a deep familiarity with the limitations of these systems and know what tactics to employ to further reduce their effectiveness.

In short, the military balance between Russia and Ukraine is so lopsided in Moscow's favor that any assistance Washington might provide in coming weeks would be largely irrelevant in determining the outcome of a conflict should it begin. Russia's advantages in capacity, capability, and geography combine to pose insurmountable challenges for Ukrainian forces tasked with defending their country. The second argument for aid—changing the course of the war—thus does not hold water.

The third argument for aid is to provide assistance to enable a Ukrainian insurgency to impose costs on a Russian occupying force. Many have in mind the historical analogy here of U.S. aid to the mujahideen in Afghanistan following the Soviet invasion in 1979. Indeed, some are even recommending providing the same Stinger shoulder-launched anti-aircraft missiles that plagued the Soviet air force at the time.

If Russia attempts a long-term occupation of areas with lots of hostile Ukrainians, these forms of support could, on the margins, complicate matters for Moscow. But U.S. support to a Ukrainian insurgency should be a matter of last resort during an extended conflict, not a centerpiece of policy before it has even started. The prospect of a marginally more costly occupation is unlikely to make a difference to Moscow if it gets to that stage; it will have already absorbed far more significant costs. Russian planners are aware that a lot can go wrong in a large-scale operation, especially an occupation. If Putin takes the decision to occupy large parts of Ukraine, it will not be because he believes it will be easy or inexpensive to Russia.

Russia's advantages in capacity, capability, and geography combine to pose insurmountable challenges for Ukrainian forces tasked with defending their country.

We should also keep in mind that the costs of a war that lasts to the point of an insurgency campaign in Ukraine will be disproportionately borne by Ukrainians. At that stage of conflict, thousands—or, more likely, tens of thousands—of Ukrainians will have died. For any successes they achieve against the Russian occupiers, Ukrainian insurgents will be made to pay dearly; the experience of the Syrian opposition or the Chechen insurgents is not one Americans should wish on a close partner like Ukraine.

In normal times, there are many good reasons for the United States to provide military support to Ukraine. But these are not normal times. Military assistance now will at best be marginal in affecting the outcome of the crisis. It might be morally justified to help a U.S. partner at risk of aggression. But given the scale of the potential threat to Ukraine and its forces, the most effective way Washington can help is to work on finding a diplomatic solution.

Samuel Charap is a senior political scientist at the RAND Corporation. Scott Boston is a senior defense analyst at RAND.

This commentary originally appeared on Foreign Policy on January 21, 2022. Commentary gives RAND researchers a platform to convey insights based on their professional expertise and often on their peer-reviewed research and analysis.