Why Did Nobody See It Coming? How Scenarios Can Help Us Prepare for the Future in an Uncertain World 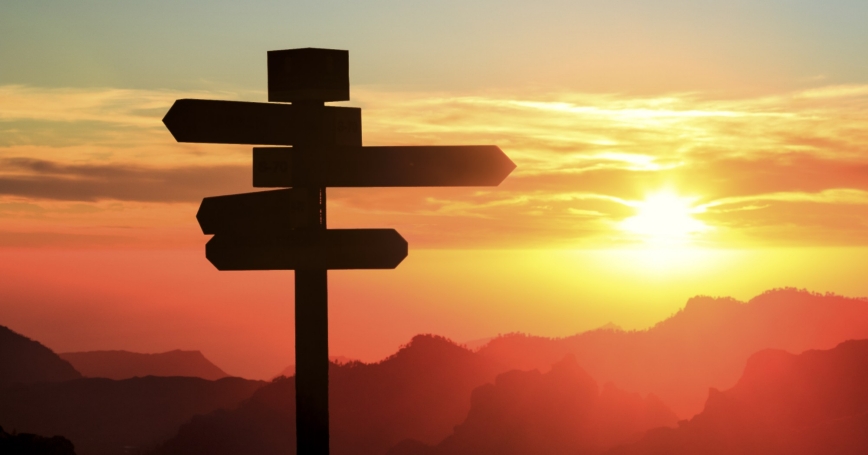 by Mann Virdee and Megan Hughes

Several months after the collapse of Lehman Brothers and the start of the global financial crisis in 2008, it was reported that Her Majesty, Queen Elizabeth II, caught economists at the London School of Economics off guard with a simple question: “Why did nobody see it coming?”

As the world began to grapple with the COVID-19 pandemic, this question would again have been at the forefront of policymakers' minds around the world. It prompted other questions too. What would the world look like today had we been better prepared for a global pandemic? How can we build resilience against unknown future threats?

The problem with planning for the future is that it is fundamentally uncertain, and predictions often fall flat when compared with reality. However, this gap—between the limits of what we can know about the future and the need to plan for it—has led to the development of a variety of tools for futures thinking. Many of these tools are employed by researchers at the RAND Europe Centre for Futures and Foresight Studies (CFFS), and one of the most critical is scenario planning.

Scenarios are not about predicting the future. They are, rather, a rigorous and methodical way to consider several imagined future situations, or contexts, which could come to pass. Generating scenarios typically involves identifying a set of influential “drivers of change” whose outcomes may be predictable, such as demographic changes. Combinations of these drivers create a range of plausible future states.

The problem with planning for the future is that it is fundamentally uncertain, and predictions often fall flat when compared with reality.

However, the scenarios don't have to become reality to be useful to decisionmakers. Scenarios help decisionmakers think strategically by incorporating uncertainty into policymaking, challenging conventional wisdom and core assumptions in current thinking. By identifying potential trajectories that may not have been considered, scenarios can help to prepare and innovate for the future.

For example, a foresight study conducted by RAND Europe and DAMVAD Analytics helped inform the Research Council of Norway's (RCN) contribution to their government's long-term plan for research and higher education.

The study developed two sets of scenarios, one for Norway in a national context and the other in a global context. For each of these sets, four distinct future scenarios out to the year 2040 were developed. Through these scenarios, researchers helped identify 20 priority research and innovation (R&I) “missions” that the RCN could consider implementing in the future with other stakeholders, such as enhancing Norway's world-leading capabilities and expertise in future maritime technologies. The scenarios helped researchers to examine what might happen in the next 20 years in RCN's different strategic areas and the wider R&I system in Norway and allowed them to further identify potential structural measures that could aid the development of a resilient R&I environment.

In another study for Innovate UK, RAND Europe used future scenarios to explore what British infrastructure could look like in 2035 and how potential future congestion problems might be addressed by technology.

Future travel scenarios were developed based on combinations of factors, such as high economic growth or slower-than-anticipated economic growth, increased use of digital substitutions for travel, and lack of access to advanced technologies because of income inequality. This scenario work identified key recommendations for government agencies looking to encourage efficient and effective transport. One recommendation was to address barriers to innovation for autonomous vehicles, such as future liability and safety regulatory issues.

Using scenario planning to target potential problems or areas for development and building resilience can pinpoint robust policies that could be viable across a range of future states.

Scenarios are a useful tool for informing policy, guiding strategies, and accommodating future change. Using scenario planning to target potential problems or areas for development and building resilience can pinpoint robust policies that could be viable across a range of future states.

However, when working with scenarios, users can face certain pitfalls. Scenario planning is sometimes mistaken for a method that can predict the future. Also, in conducting scenario planning, certain scenarios can be viewed as preferred or more likely—but this is to misunderstand the purpose of scenarios. Scenarios do not provide certainty, rather they equip decisionmakers with readiness to address uncertainty.

Everyone can benefit from thinking strategically about the future and at CFFS, researchers help organizations from all parts of society use scenarios to be able to make better decisions today. RAND Europe established the CFFS to capitalize on its expertise in futures and foresight studies and help clients discuss and address challenges. Scenario planning could be an indispensable tool for decisionmakers looking to prepare for extreme events, whatever shape they may take. It might not be possible to predict what is coming, but we can be ready for it.

Mann Virdee and Megan Hughes are researchers at RAND Europe and the RAND Europe Centre for Futures and Foresight Studies.