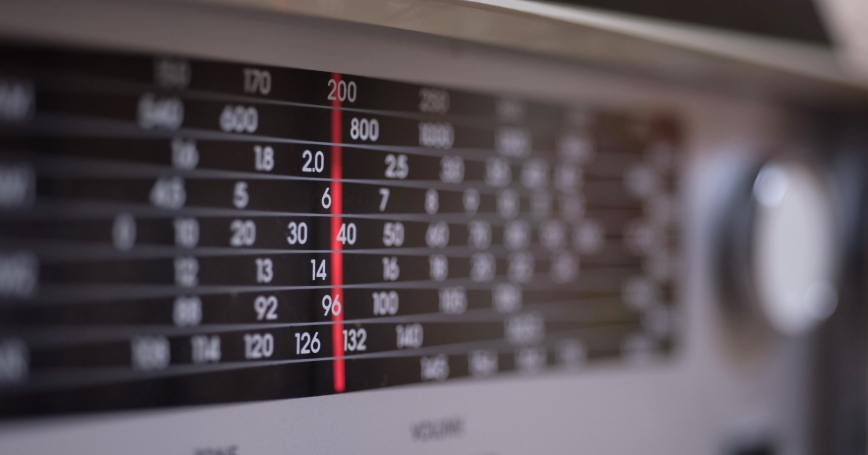 On March 2, the BBC World Service announced that it was restarting four-hour daily shortwave transmissions in English to Ukraine. The decision to resume Ukrainian shortwave broadcasts came after Russian forces began to deliberately target Ukrainian communications equipment, including the Kyiv television tower.

Why do these four-hour daily transmissions matter so much when the world supposedly has moved away from radio and adopted social media and the internet? Isn't shortwave an obsolete, century-old technology that harkens back to memories of World War II and the Cold War?

Despite its age, shortwave remains an enduring tool in the global fight against disinformation. In part, this is due to its unique broadcasting qualities. FM and broadcast television can only travel to just beyond the horizon. But shortwave can travel vast transcontinental and transoceanic distances. It accomplishes this feat by bouncing between the ionosphere and the earth—over mountains, skyscrapers, and digital firewalls.

It's this last obstacle that's most important here. Russia is demonstrating that it can destroy Ukraine's television and FM broadcasting infrastructure. It can use hackers and such Kremlin-affiliated subversive agencies as the Internet Research Agency to take down or otherwise block internet sites of Western and Ukrainian media agencies seeking to provide accurate information about the conflict. Cellphones only have limited range; they need towers to transmit longer distances. Russia has demonstrated that it can shut down cellphone communications in areas of Ukraine it has captured or is shelling, including nuclear power plants.

What about satellite reception? In theory, satellite reception can break through these issues. Last week, Starlink CEO Elon Musk sent “a truckload of satellite dishes” to Ukraine to provide “space internet service.” But Russia can identify the satellite signals, seek to jam them, and locate those who have the dishes in Ukrainian areas now under its control.

Shortwave cannot be hacked. It cannot be bombed or otherwise destroyed because it is being transmitted from far outside Ukraine. Shortwave is notoriously difficult to jam.

This leaves shortwave, the venerable analog signal infamous for how it fades in and out as each wave is received. Shortwave cannot be hacked. It cannot be bombed or otherwise destroyed because it is being transmitted from far outside Ukraine. Shortwave is notoriously difficult to jam, despite Russia and China's best efforts. The shortwave signal is always drifting slightly, making it difficult to precisely focus jamming equipment. The shortwave signal can also be more powerful than that of the jammer, effectively overriding the interference.

Shortwave only works if people listen. Fortunately, many Ukrainian families likely still have old, often cheap Soviet-era shortwave sets in their basements that can be powered by batteries or wall sockets. They are usually small and can be easily hidden from prying eyes. Some can even fit in a pocket. Shortwave radios can also be brought in as nonlethal aid.

The BBC World Service is also waging an information war with Russia on shortwave. While the BBC is officially targeting Ukraine, its shortwave signals can easily be heard in southeastern Russia. Broadcasting in English deliberately targets Russia's youth, many of whom speak at least some English. This decision to broadcast to some parts of Russia could be critical, as Russia has blocked the webpages of the BBC, Germany's Deutsche Welle, and other Western media agencies. Russian officials have effectively forced their expulsion from the country through a draconian disinformation law that could see journalists imprisoned for up to 15 years for spreading “falsehoods” that did not subscribe to the official government line.

The few independent or opposition Russian radio and television outlets have all but shut down to avoid the retribution of Roskomnadzor, the official Russian media regulator. As Russia returns to a Cold War era of information control, the BBC is dusting off Cold War tactics to win the information war for a second time.

Shortwave has proven time and again that it can provide reliable information when and where it's needed most: in authoritarian regimes, in human assistance/disaster scenario situations, and in wartime. Czech dissident and later President Vaclav Havel, amongst others, praised the U.S. shortwave station Radio Free Europe/Radio Liberty for its role in ending the Cold War. Perhaps it's time for the United States to consider whether RFE/RL should return to its roots and follow the BBC's lead in restarting shortwave services to Ukraine and southeastern Russia.