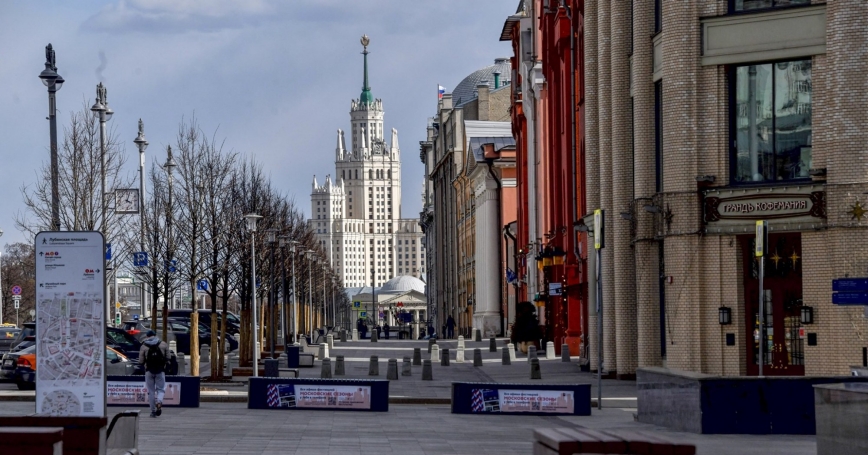 Russia's invasion of Ukraine and resulting sanctions will likely devastate Russia's economy. If the country had taken a more productive economic course over the past two decades, it might be looking toward a different future—one in which economic reforms had more tightly integrated Russia with the economically advanced countries, enhanced Russian influence and power, and built global trust. Instead, Russia has cast the West as its enemy, and its influence, power, trust, and reputation are shattered.

Past leaders of Russia understood the value of strengthening the Russian economy and ensuring its place in the global economic system. Beginning in the late 17th century, Peter the Great reoriented Russia to Europe. Among his many acts, he moved the capital from Moscow to his new city of St. Petersburg, closer to Europe and with an outlet to the Baltic Sea, making trade and communication with Europe easier.

In the late 19th and early 20th century, just before the end of its imperial era, Russia embarked on a wave of economic reforms. Under Count Sergei Witte, finance minister and then ultimately prime minister, Russia accelerated railway construction, embarked on an industrialization drive through state subsidies, and renewed a commercial treaty with Germany that contributed to the attraction of foreign capital. Until his assassination in 1911, Prime Minister Pyotr Stolypin furthered reforms, including increasing agrarian property rights and the rights of private business owners.

Aside from causing economic collapse and bringing the Communists to power, the 1917 Bolshevik revolution returned the capital to Moscow and turned Russia inward economically.

The collapse of the Soviet Union in 1991 gave Russia a chance to restart its economic reforms and reintegrate into the global economic system, as a country at peace with its neighbors, providing economic opportunities and relative freedom to its citizens.

Vladimir Putin became president in 2000, promising to give Russia a chance to return to stability and continue reforms.

Economic policy changes were dramatic in the 1990s as Russia shifted to a market economy. However, beset by economic mismanagement, damaging behavior by outside advisors, and finally a financial crisis, the 1990s turned into a humiliating and shocking decade, with real per capita GDP falling by 42 percent from 1990 to 1998. Out of this economic rubble rose Vladimir Putin, who became president in 2000 promising to give Russia a chance to return to stability and continue the reforms.

Aided by the market reforms of the 1990s, Putin initially took steps to improve the economic and legal system. But economic reforms were set aside once oil prices started to rise, with the average annual price of Brent crude moving from $24.99 in 2002 to $96.94 in 2008, the year of the global financial crisis. As one of the world's leading oil exporters, Russia's oil revenues rose, and per capita GDP grew 7.3 percent per year from 1999 to 2008.

Throughout the past two decades, several reform plans have been introduced to Russians that would have raised productivity and growth, diversified the economy, and improved standards of living. Yet none were carried out to any great extent. Instead, the economy was laced with official corruption and dominated by inefficient and corrupt state-controlled enterprises run by close associates of Putin.

Russia's leaders have pursued wasteful import substitution and other forms of economic autarky, building barriers to exchange with the country's richest and closest markets in Europe. Excessive dependence on price-volatile oil and gas has remained paramount to the Russian economy. The one laudable economic achievement has been macroeconomic stability, but the accumulation of vast foreign exchange reserves has come at the cost of lower investment and living standards, as well as lack of growth.

Russia did not have to choose this path. To the detriment of the Russian people, Putin has gained greater power for himself and those closest to him while eschewing greater integration with the global economy, more market-oriented reforms, and stronger rights for private property. With Russia's natural resources, advanced science and technology capabilities, and large market, further economic reforms could have spurred growth and vastly lowered the perceived challenge of European expansion to Russia's position.

To the detriment of the Russian people, Putin has gained greater power for himself and those closest to him.

But now, with the Ukraine invasion, these prospects have faded. Instead, a united West is arming the forces fighting Russian invaders and fencing Russia off from further development.

Putin has been compared by some of his supporters and others to Peter the Great, who effected numerous reforms and expanded Russia's territory and power. While Putin may have emulated that historic ruler in expanding central and repressive power, his repression at home and his aggressive impulse abroad have soured ties with the wealthy and most technologically advanced economies of the world and set back his country by a generation, if not more.

Kremlin leaders had a choice but decided unwisely. Perhaps a future Kremlin will establish a sound economy, build friendly relations with the West, and give the Russian people an opportunity for better lives.

Howard J. Shatz is a senior economist at the nonprofit, nonpartisan RAND Corporation and a professor of policy analysis at the Pardee RAND Graduate School.

This commentary originally appeared on The Moscow Times on April 7, 2022. Commentary gives RAND researchers a platform to convey insights based on their professional expertise and often on their peer-reviewed research and analysis.