Outer Space and the Veil of Ignorance: An Alternative Way to Think About Space Regulation 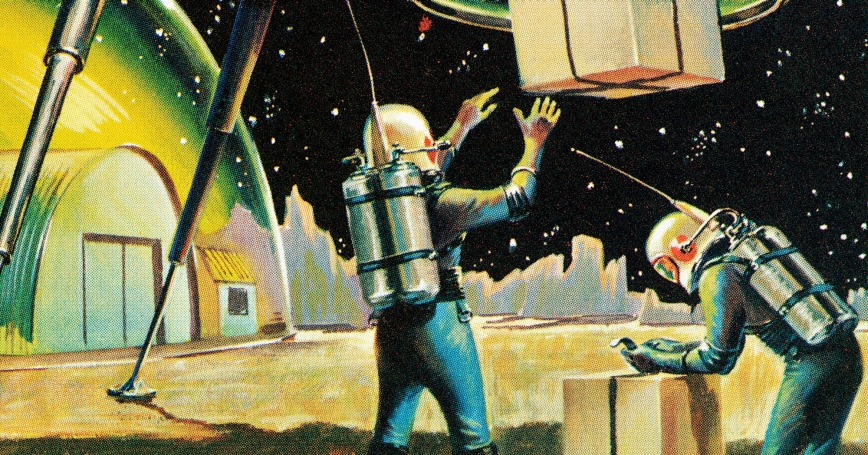 Outer space continues to get more and more dangerous and more “congested, contested, and competitive” than at any point in history. In 1976, for example, only about 750 satellites (PDF) were in orbit around the earth; as of January 5 this year, there were 12,480, with tens of thousands more expected in the years to come. SpaceX alone has been granted licenses to launch 12,000 more Starlink satellites over the next five years as part of its megaconstellation efforts. Other companies and countries are following suit: Amazon plans to launch over 3,000 satellites, Britain's OneWeb plans to launch nearly 100,000, and China plans to launch nearly 13,000. In 2013, there were approximately 21,000 pieces of debris (PDF) about the diameter of a softball or larger, and about 500,000 pieces at least the size of a marble; in 2022, those numbers have grown to 36,500 and 1 million respectively. Any debris in space can be incredibly dangerous: While a wrench dropped by a sailor sinks harmlessly to the bottom of the ocean, a wrench dropped in space becomes a 7,000 meter per second projectile (PDF) capable of destroying a satellite or space station.

Unsurprisingly, near-miss collisions are on the rise: Not only did the recent Russian anti-satellite test create debris that jeopardized the lives of the astronauts on the International Space Station, it is estimated that orbital objects will cause a typical satellite operator (with 50 satellites) to receive up to 300 close-call alerts a week. With 4,852 active satellites, that is approximately 29,000 collision alerts per week, with likely hundreds of those resulting in the operator having to maneuver to avoid a collision. Given the projected increase in numbers, the problem of collisions is about to get much, much worse.

Equally as concerning, terrestrial conflicts like the war in Ukraine automatically have a space-conflict component. Russia is suspected of engaging in a cyberhacking attack of Viasat satellites in an effort to shut down internet services in order to disrupt communications in Ukraine at the start of the conflict. Without more-defined and enforceable rules of war regarding space and space assets, the danger of a destructive conflict in space grows significantly.

Currently, there are no international binding rules that would address these growing threats. In fact, the international community has not been able to agree to any new binding, broadly supported rules for space since 1976, a time when space was dominated by just two powers—the United States and the U.S.S.R.—and the biggest concern was launching nuclear weapons beyond the stratosphere.

The international community has not been able to agree to any new binding, broadly supported rules for space since 1976.

Such a hands-off approach to space regulation has had some benefits. Mainly, it's helped enable an era of commercial space enterprise and investment. But this approach, or lack thereof, has also led to some quite glaring holes. For example, key treaty terms such as “outer space,” “debris,” “space object,” “interference,” and “contamination” have no agreed upon definition, which allows nations to claim that destructive anti-satellite tests, which create thousands of pieces of dangerous debris, do not, in fact, violate the Outer Space Treaty of 1967 (OST), because they don't technically create “interference” or “contamination.”

All this suggests that it may be time to consider new rules for this new space era. But just how to approach regulation in a place like space can be tricky. One potentially useful approach to governance could be to adopt a rulemaking thought device, famous in political philosophy, called the “veil of ignorance.”

Philosopher John Rawls first presented the idea of the veil in 1971. In Rawls's thought experiment, he proposed that, to create fair rules for society, everyone must first agree to the rules before knowing how, exactly, the rules would apply to them. Rawls was imagining applying the veil to an Earthbound society. His notion was that if you didn't know whether you would be a Black, White, or Brown person, a woman or a man, or if you would end up rich or poor until after the rules were created, the rules everyone would agree upon would wind up being more equitable for all.

Rawls's thought device has some obvious limitations. It is difficult to forget, or to even imagine forgetting one's race or sex or socioeconomic status—our cognitions are simply too caught up in our lived experience. The best time to make rules for society, it turns out, is while society is still living under the veil of ignorance: very difficult, if not impossible, to do here on Earth; but remarkably useful and relevant to space, both in the past and today.

The best time to make rules for society, it turns out, is while society is still living under the veil of ignorance.

During those initial space treaties, members of the United Nations engaged in a rulemaking process that Rawls would have likely admired, articulating many guiding principles before the applicable technological contexts existed. For example, the Outer Space Treaty prohibited spacecraft from contaminating potentially habitable extraterrestrial environments long before science had any evidence that such environments existed beyond Earth. The first compliance with this clause occurred in 2017, when NASA destroyed its Cassini space probe after discovering that Saturn's moon Enceladus contained a warm saline ocean—a potential home to living organisms.

Just as the treaty drafters had little idea about if or when environments suitable to life beyond Earth might be discovered, they did not know what the future of space might look like in terms of militarization or occupation of orbits and celestial bodies. And still, they crafted principles that prevented nuclear weapons from being placed in orbit around the Earth, and they prohibited the possibility of imperial or colonial claims to orbits or celestial bodies. The genius of making these rules before knowing the conditions in which the rules would be applied is that, had the rules been crafted after the fact, the calculations by the nations making and agreeing to the rules would have likely been quite different.

Imagine a baseball game in which the teams have not decided what constitutes a home run until a batter smashes the ball into a foul pole—it's too late, at this point, to fairly determine one way or another. Each team has too much riding on the decision. Unless the rule was decided beforehand—behind Rawls's veil—teams that decide on the rule after the fact will automatically be biased to make a rule that benefits them. Had Cassini arrived at Enceladus in 1966 instead of 2017, or had commercial mining of the moon been possible in 1966, the diplomats drafting the Outer Space Treaty would have been similarly biased by the circumstances of the moment—either by the fact that a nation's probe was already about to crash on a watery moon, or one of their commercial miners had already discovered platinum on the moon.

Time Is of the Essence

The current exploration of space presents an unusual situation, in that in many respects we are still behind a veil of ignorance. We still do not know who will shoulder the burden to clean up our space debris, or which nation or company will be the first to capitalize on mining extraterrestrial resources. In the case of space debris, plausible solutions likely would enforce liability or tax regime for debris cleanup in proportion to future debris production. Countries will not agree to cleanup in proportion to the debris production of the past (this is not behind the Rawlsian veil), but with so much active entrepreneurship in space, countries do not know who will be the largest debris producers going forward. This creates, like a baseball game, an opportunity to create fair rules—in this case for burden-sharing—before the game has started.

A similar argument applied to resource extraction in space (space mining). There likely can be only a few winners from mining asteroids because the number of near-Earth asteroids with valuable minerals is limited. Who will win at asteroid mining is unknown, meaning we are behind the Rawlsian veil, which makes this the perfect time to develop the laws for how asteroid resources should be fairly harnessed. Dropping the veil, we could posit a rule regarding profit sharing. For developing countries, they would have an economic stake in what is mined on the moon or on an asteroid (minus the costs to the first movers who are doing the exploring and extracting); for the well-resourced states and actors, it provides limited rights to the mining territory (without accusations of appropriation in violation of the OST), predictable cost structures, and the ability to avoid both a resource race and the potential conflict that can arise from unilateral territory and resource appropriation.

So many of the problems currently facing space present a rare and wonderful opportunity for the international community to craft fair rules.

Enforcing such laws will require international mechanisms that would require countries to develop their own culturally appropriate, in-country regulations. There is precedent for this type of mechanism: The U.N.'s International Seabed Authority (ISA) was created to license, regulate, and fairly distribute benefits from deep seabed mining in international waters, which is considered a global commons. Space is also a global commons, and a Rawlsian approach to resource extraction could result in the creation of an ISA-like institution for space mining.

So many of the problems currently facing space present a rare and wonderful opportunity for the international community to craft fair rules. But time is of the essence. Once a company has reached the moon or an asteroid to set up a mining operation, or a derelict space object has collided with and destroyed a human-inhabited space station, it will be too late to drop the veil. The miner will likely have too much skin in the game, and the astronauts on the space station will likely be dead.

This commentary originally appeared on Fast Company on May 9, 2022. Commentary gives RAND researchers a platform to convey insights based on their professional expertise and often on their peer-reviewed research and analysis.