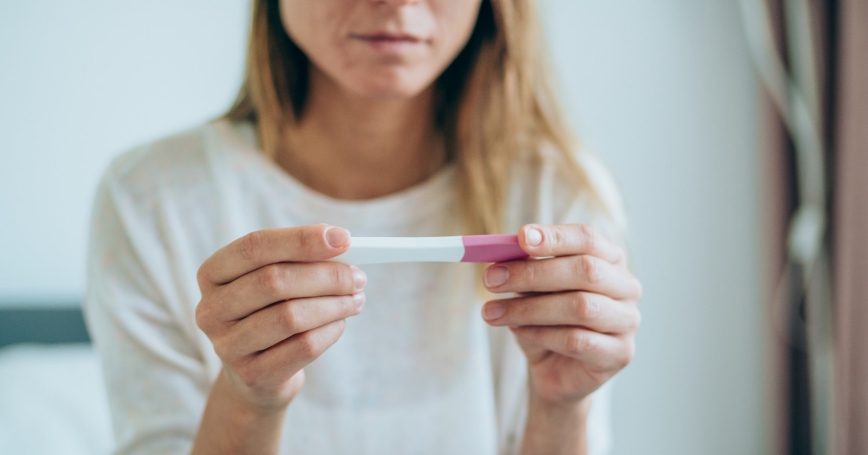 The criminalization of abortion in some states after the U.S. Supreme Court's Dobbs decision poses especially harmful health and economic consequences for pregnant women from vulnerable populations, including Black, Latinx, or Indigenous people and those living in poverty. But often overlooked among those likely to be hardest hit: pregnant women with substance use disorders.

Banning abortion could exacerbate already dire situations. Why? There are significantly higher rates of unintended pregnancy among women with substance use disorders (e.g., opioid use disorder). Once pregnant, they have increased risk of severe illness and death around the time of childbirth. And their risk of fatal overdoses increases in the year after childbirth.

This group is also twice as likely to suffer from chronic illnesses such as heart and kidney disease, gestational diabetes, and mental illness—all of which present immediate danger to both the mother and fetus during a pregnancy.

By forcing more women to continue pregnancies, abortion bans also could make it harder for them to get treatment for substance use disorders.

By forcing more women to continue pregnancies, abortion bans also could make it harder for them to get treatment for substance use disorders. Pregnant women already struggle to find affordable, evidence-based, and nonjudgmental care. For example, the standard of care for opioid use disorder is medication—either buprenorphine or methadone. But a 2020 study found that only 61 percent of pregnant women could get an appointment with a provider who would prescribe buprenorphine, compared with 74 percent of women who weren't pregnant.

The United States has a long history of judging and condemning people for prenatal substance use. Many states consider substance use by those who are pregnant to be child abuse or neglect. Others have even proposed or passed laws making it a criminal offense.

The intent of these policies is to decrease the number of infants exposed to illicit substances before birth. But our research shows they may have the opposite effect: The odds of a child being born with neonatal opioid withdrawal syndrome are actually higher in states with punitive policies. Furthermore, punitive policies have been found to deter women from prenatal care and substance use disorder treatment.

Punitive policies have been found to deter women from prenatal care and substance use disorder treatment.

Pregnant women with substance use disorders are already pushed into the shadows. Using laws to punish them further just exacerbates stigma, erodes patient-provider trust, and deters individuals from seeking necessary health care for fear of detection and punishment. Outlawing abortion could make that situation far worse. For instance, if they experience a miscarriage, they could be doubly policed: Was the pregnancy loss intentional? And was it the result of their substance use?

There is overwhelming evidence and consensus from the medical and public health communities that supportive approaches are what help pregnant women with substance use disorders. Unfortunately, the overturning of Roe v. Wade has opened the door for more policies that police and punish women rather than evidence-based solutions that we know can, do, and will save lives.

Rachel Landis is an associate policy researcher at the nonprofit, nonpartisan RAND Corporation. Dr. Laura J. Faherty is a physician policy researcher at RAND and a general pediatrician. Dr. Mishka Terplan is a senior research scientist at the Friends Research Institute and is board certified in both obstetrics and gynecology and in addiction medicine.

This commentary originally appeared on Santa Monica Daily Press on August 2, 2022. Commentary gives RAND researchers a platform to convey insights based on their professional expertise and often on their peer-reviewed research and analysis.