Learning, Relearning, and Not Learning the Lessons of COVID-19 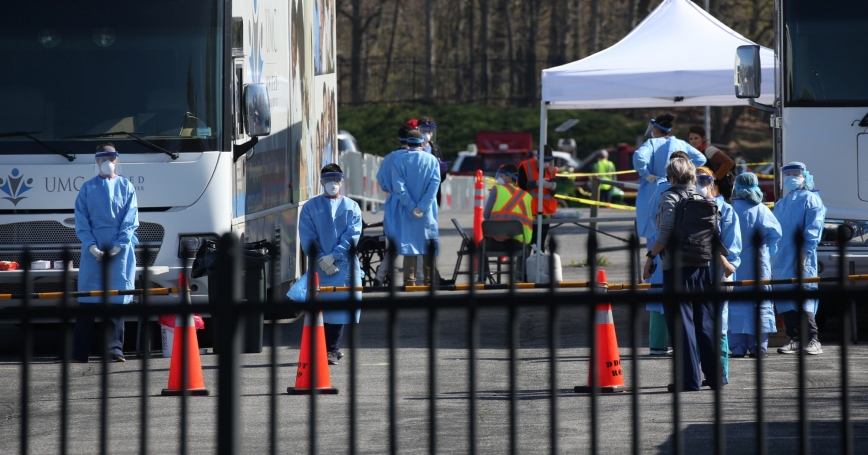 Several recent announcements have demonstrated how little has been learned from the response to the COVID-19 pandemic, and the potential need for a national reckoning to assess shortfalls and develop recommendations for preparing for and responding to future pandemics and other biological risks.

To this end, the United States should create a national commission—not unlike the 9/11 Commission—to develop a way forward. To date, no such reckoning has occurred, yet changes are being implemented at lower levels of government in an uncoordinated manner and the “ad hoc-ery” continues to guide our preparedness and response efforts to emerging infectious diseases. The U.S. response to the monkey pox outbreak provides ample evidence of government's continuing inability to mount a coordinated national response to a significant biological event.

Recent reporting indicates that the Biden administration will be reorganizing the Department of Health and Human Services (HHS) by elevating the Office of the Assistant Secretary for Preparedness and Response (ASPR) to a separate office within the department, and on par with the Centers for Disease Control and Prevention (CDC) and the Food and Drug Administration. Since ASPR's creation in 2006 following a confused response to Hurricane Katrina, ASPR and the CDC have had a challenging relationship with overlapping, or at least unclear responsibilities, that have contributed to federal preparedness and response activities that are not optimally coordinated or synchronized. The friction between these two HHS organizations has been highly visible in decisions concerning the strategic national stockpile stockage and guidance regarding the return of hundreds of Americans to the United States in the early days of the COVID-19 pandemic.

The U.S. response to the monkey pox outbreak provides ample evidence of government's continuing inability to mount a coordinated national response to a significant biological event.

To complicate matters, the CDC and ASPR “turf wars” obscure a broader group of complexities that could be addressed in any future response to a public health crisis. Important issues such as the role of the Federal Emergency Management Agency (FEMA) in support of HHS; expectations of other federal departments and agencies including the Department of Defense; the federal interface with the state and local governments and even industry partners; and even the national Emergency Management principles and doctrine that can trace its lineage back over 200 years may need to be factored into any changes that are implemented. Without accounting for these different organizations' roles in addressing public health crises, the uncoordinated and unsynchronized approaches may continue to permeate our preparedness and response to these crises.

A 9/11-like commission for COVID-19 should have the mandate to start at the very top in considering necessary changes to current organizations, principles, and doctrine. For example, when the Department of Homeland security was created as part of the Homeland Security Act of 2002 (PDF), FEMA was subordinated to the Department of Homeland Security. Perhaps it is now time to reconsider whether or not FEMA should be elevated to the Cabinet level and resourced accordingly. In any case, it could present an opportunity to codify what FEMA's role should be in a biological incident response. Other questions may also need to be addressed such as how FEMA capabilities could be better leveraged to support the HHS pandemic and other biological incident response and how HHS could be better situated to coordinate with FEMA.

Perhaps it is now time to reconsider whether or not FEMA should be elevated to the Cabinet level and resourced accordingly.

The recent White House announcement that a monkey pox response team is being stood up demonstrates that the “ad hoc-ery” continues. This is not to say that having a group at the White House monitoring the monkey pox response is not important, but rather that a team with the mandate “to mitigate the spread of the virus, protect individuals most at risk of contracting the virus, and care for those who have been afflicted with it” would be better placed under an established organization with the proper command and control arrangements, responsibilities and authorities, and interfaces with key partners and stakeholders. The ad hoc approach is made more clear as the White House announcement never mentions a role for ASPR, CDC, or FEMA.

To be sure, this is a busy time with respect to the demands being placed on crisis response enterprises with fires, floods, and two pandemics ongoing. But the world is two and a half years into COVID-19, facing another international and national emerging infectious disease outbreak with monkey pox, and experts have warned that such diseases are only becoming more likely. A serious reckoning beginning with a 9/11-like commission for COVID-19 could be undertaken to develop a system for preparing for and responding to emerging infectious diseases. Relying on “ad hoc-ery” may not be the best option.

Daniel M. Gerstein is a senior policy researcher at the nonprofit, nonpartisan RAND Corporation and an adjunct professor at American University. He formerly served as the undersecretary (acting) and deputy undersecretary in the Science and Technology Directorate of the Department of Homeland Security from 2011 to 2014.

This commentary originally appeared on The Hill on August 11, 2022. Commentary gives RAND researchers a platform to convey insights based on their professional expertise and often on their peer-reviewed research and analysis.