Russia's Withdrawal from the ISS, Another Sign of Its Space Decline? 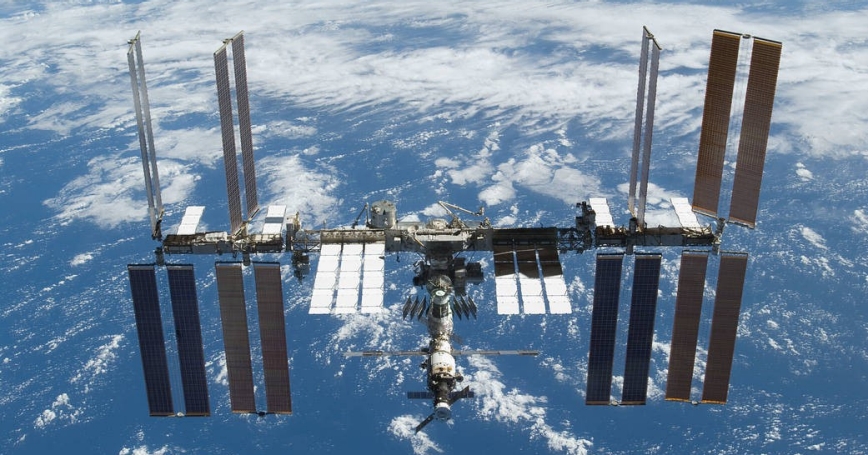 by Bruce McClintock and Jan Osburg

Russia announced this week that it will pull out of the International Space Station (ISS) program after 2024.

There certainly are important near-term challenges related to Russia's withdrawal from the ISS partnership that will need to be addressed, but the bigger issue may be the continuing decline of the Russian space enterprise and the potential security implications for the future.

Russia's threatened exit from the ISS after a two-decade-long partnership with the United States and other Western nations could simply be more bluster from Moscow at a time of heightened tension between Russia and the West over Russia's invasion of Ukraine. But it also appears to be another signal that Russia's profile in space is in decline, a trend that is likely to continue and that the United States could be preparing for now.

Russia provides essential capabilities to the ISS, including reboosting it several times a year using “Progress” cargo ships so it can maintain its altitude. Russia also shares day-to-day ISS operations with the United States and has built several of the key modules that make up its structure. It remains to be seen how collaborative the Russian space agency will be when it comes to handing over these responsibilities to NASA or one of the other ISS partners.

Russia's eventual departure from the ISS may be just the latest in a long line of indicators of Russia's overall demise as a space power.

Whatever Russia does, its eventual departure from the ISS may be just the latest in a long line of indicators of Russia's overall demise as a space power. Russia's space sector decline began in the 1990s when funding cuts resulted in degradation to national satellite constellations, ground infrastructure, and personnel that became more apparent in the last decade as historically reliable systems began to fail.

Russia was a helpful partner to the West after the Cold War and gladly provided launch capability and spaceships, for a price. However, by now NASA has closed most of its gaps and has developed reliable and cheaper launch and resupply options for the space station, based on investments in, and leveraging of, commercial innovation.

Russia, on the other hand, fell back on old habits and starved innovative start-ups by co-opting their ideas into the defense sector. This approach does not bode well for the future.

A security concern for all spacefaring nations is that Russia's withdrawal from the ISS may lessen motivation for it to protect the low-Earth orbit environment from debris.

Judging by their test last year of an anti-satellite weapon that doubled the debris risk to the ISS and thus to their own cosmonauts, Russia wasn't all that motivated to begin with. While it seems less likely that Russia would specifically target the ISS in a future conflict with the West, it does seem plausible that Russia could show less concern for collateral damage to the ISS if it elects to attack other satellites near the ISS orbit.

Only if Russia sees a pattern of consequences for its actions in space is there a possibility that it might regulate its behavior in space.

Preparing for such an eventuality, including by taking deterrent measures, could be a wise maneuver at this point. One way to do this might be to demonstrate tangible costs to the Russians for actions that create risk or damage to others in space. Only if Russia sees a pattern of consequences for its actions in space is there a possibility that it might regulate its behavior in space and refrain from similar actions in the future.

After Russia's announcement, NASA reiterated the U.S. commitment to keeping the ISS in operation. This is appropriate for the near term. However a recognition that Russia is trending away from civil space activities and could pose greater risk to overall space security could be met with long-term contingency plans for a future with a diminished Russian presence in space.

Bruce McClintock is lead of the RAND Space Enterprise Initiative and a senior policy researcher. Jan Osburg is a senior engineer at the nonprofit, nonpartisan RAND Corporation.