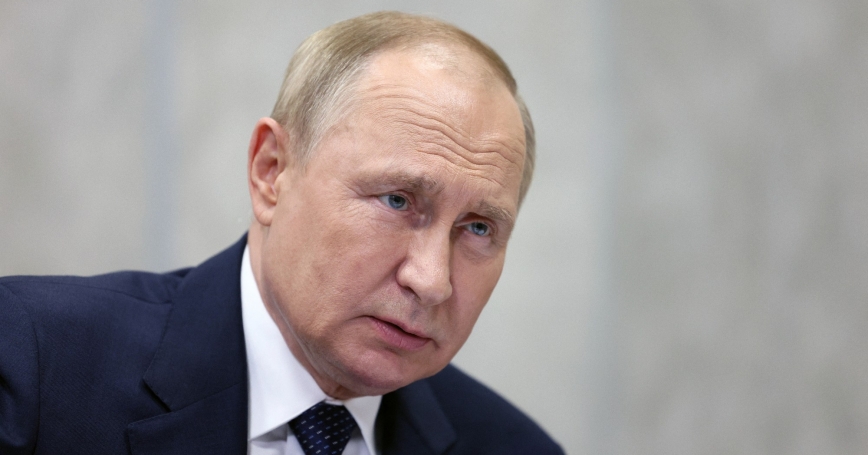 Western leaders say that they do not seek regime change in Moscow. But in response to Russia's invasion of Ukraine they aid Ukrainian freedom fighters and impose punishing sanctions. The West took similar measures in the 1980s to counter Soviet aggression. They may have helped bring down repressive rulers and usher in liberalizing change. They could do so again.

Recent, breathtaking Ukrainian military gains may be unsettling Russian politics. Hardliners are casting blame, and some low-level minions are calling for President Vladimir Putin to resign. Regime change has long seemed only a distant prospect, but perhaps no longer.

The West may need to reassess its defensive posture toward such change. On March 26, President Joseph Biden said Putin “cannot remain in power,” but then he backtracked, saying he was voicing only “moral outrage,” German Chancellor Olaf Scholz denied regime change was NATO's goal.

In the 1980s, the USSR waged war on neighboring Afghanistan and coerced Poland into enforcing martial law. The West responded by arming the Afghan resistance and aiding the Solidarity free trade union. Now, the West is arming and aiding Ukraine on a scale well beyond that in Afghanistan. The West is also tightening the vise on exports to Russia of sensitive technology.

Regime change [in Russia] has long seemed only a distant prospect, but perhaps no longer.

In the 1980s, the Soviets secretly deployed new intermediate-range missiles to the European theater, and NATO allies responded by fielding their own. Now, Russia is again deploying such missiles, causing the United States—with NATO support—to withdraw from a treaty banning them. The United States is now free to deploy its own intermediate-range missiles.

Then, the United States pressed Europe to lessen its dependence on Soviet energy. Now, Europe is diversifying sources of energy away from Russia, and Western sanctions may soon cut deep into Russia's stagnant economy.

In the 1980s, President Ronald Reagan called the USSR an “evil empire,” and British Prime Minister Margaret Thatcher derided communist states as having “neither freedom nor justice nor equality.” Now, Biden is accusing Putin of committing “genocide” in Ukraine.

These actions—arms, aid, sanctions, and ridicule—helped the West weaken Soviet rule. Today, similar measures may end up eroding the basis of Kremlin rule.

The West might look to the 1980s for other ways to tighten the screws.

Then, Reagan was willing to be bold. He speeded programs for new nuclear forces—advanced land-based MX and submarine-based D5 missiles, and B-1 bombers. The Able Archer nuclear exercise frightened a paranoid Kremlin. Hundreds of thousands of U.S. anti-nuclear protesters did not stop Reagan.

Today, the West might be bolder. It could allow Ukraine to use Western armament against forces across the Russian border, denying them a sanctuary. The West might supply longer-range arms that could help Ukraine retake Crimea. The West might provide combat aircraft that are more capable than Ukraine's former Soviet aircraft.

In the 1980s, Europe surprised the Brezhnev-era Kremlin with its toughness. Soviet leaders thought Europe to be weak and easily divided. Instead, Europe retained cohesion and became a beacon for former Soviet satellites, helping to loosen Moscow's grip on them.

Today, Europe is again showing its power to a disbelieving Kremlin. Europe is maintaining tough sanctions even as it tightens its energy belt. NATO is moving forces to its eastern and northern flanks, closer to the Russian border. The EU is subverting the dictatorship of Belarusian President Aleksandr Lukashenko by actively courting his opposition. The Kremlin may now fear that if Ukraine goes west, Belarus may not be far behind.

Europe is again showing its power to a disbelieving Kremlin.

The past is not always a guide to the future. In the 1990s, the West wisely pushed political and economic reforms in Russia but might not have appreciated the time bomb of leaving in place an unreformed and corrupt security sector. Now, its veterans dominate Kremlin decisionmaking.

In the postwar era, a careful strategy of strength and prudence has helped the West maintain security and manage relations with Moscow. Looking ahead, the West may continue this course while upping the ante to help Ukraine defeat and expel Russian forces. In so doing, the West may also be advancing prospects for longer-term peace that might come only through liberalization in Russia.

William Courtney is an adjunct senior fellow at the nonprofit, nonpartisan RAND Corporation and was U.S. ambassador to Kazakhstan, Georgia, and the U.S.-Soviet Commission that implemented the Threshold Test Ban Treaty.

This commentary originally appeared on Newsweek on September 19, 2022. Commentary gives RAND researchers a platform to convey insights based on their professional expertise and often on their peer-reviewed research and analysis.