The Rise of the Rest: How Russia Views the Future World Order 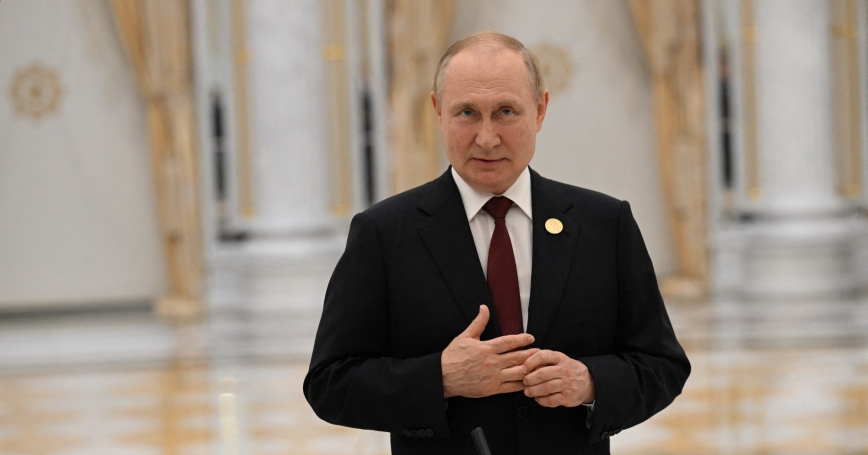 Photo by Dmitry Azarov/Sputnik via Reuters

Geopolitical forecasting is an imperfect art. Throughout the Cold War, the Soviets confidently asserted to the end that the forces of socialism would prevail over the decadent and corrupt capitalist model. The “correlation of forces” (PDF) always seemed to be turning their way, until it wasn't. For their part, American leaders were certain that if Vietnam became communist it might spell the end for the spread of democracy in the region and around the world. Even when there is uncommon clarity about the forces shaping geopolitics, the right conclusion is elusive. In the late 1890s, a Polish banker named Jan Bloch famously forecast the horrifying character of a future war in Europe. He then asserted that such a war was too destructive and illogical to contemplate—only for World War I to break out and look as terrible as he predicted.

Despite the complexities, states create forecasts to strategize for their national security. The U.S. Department of Defense tries to predict how the geopolitical situation might evolve so that it can make decisions on acquisitions, operational concepts, and force structure. Russia has a similar approach that is mandated by a law (PDF) concerning strategic planning. But what is useful about such state forecasts is not their accuracy. They may well miss the mark. Rather, forecasts reveal what a country envisions as a desirable or undesirable future. And that says a good deal about how it might behave to shape the outcomes it wants.

In 2019–2020, I led a study focused on Russian military forecasting. What we found is that Russia sees the world moving in one of two primary directions. The first is one in which the United States continues to dominate the international system in ways that threaten Russian interests (e.g., the imposition of sanctions denying Russia access to capital and technology). The second is a world with reduced U.S. global influence in which Russia is less inhibited to build up military power and affect the regional and geopolitical outcomes it seeks. Like their Soviet predecessors, Russian analysts tend to see the latter as an outgrowth of natural forces working against the United States. Still, persistent nudging in that direction is also required. The war in Ukraine is exhibit A. Ukraine was moving toward the West politically, militarily, economically, and culturally, and Russia decided that it was not going to realize its regional vision short of military conflict.

I believe that Russia probably has the contours of the competition right, that the United States and its allies will be tested in maintaining a system that most suits their national interests as defined by key decisionmakers. The future will ultimately be determined by the sustainability of the governance and economic models of the defenders of the status quo and the challengers to it, such as Russia and China. These models will come under ideological and practical assault, both externally and from domestic actors who want to move their respective countries in a different direction. Responsible Western leadership—both public and private—will be paramount in ensuring the viability of a system that presently feels precarious.

How Russia Builds Its “VPO” Forecast

Russian forecasts begin with an analysis of the global situation: What forces will shape it? What trajectories might the international system take? How will those affect the power dynamics among leading countries, the character of great power competition, technological development, and future war?…

Clint Reach is a policy analyst at the RAND Corporation.

This commentary originally appeared on The National Interest on September 16, 2022. Commentary gives RAND researchers a platform to convey insights based on their professional expertise and often on their peer-reviewed research and analysis.