The West and Russia the Day After 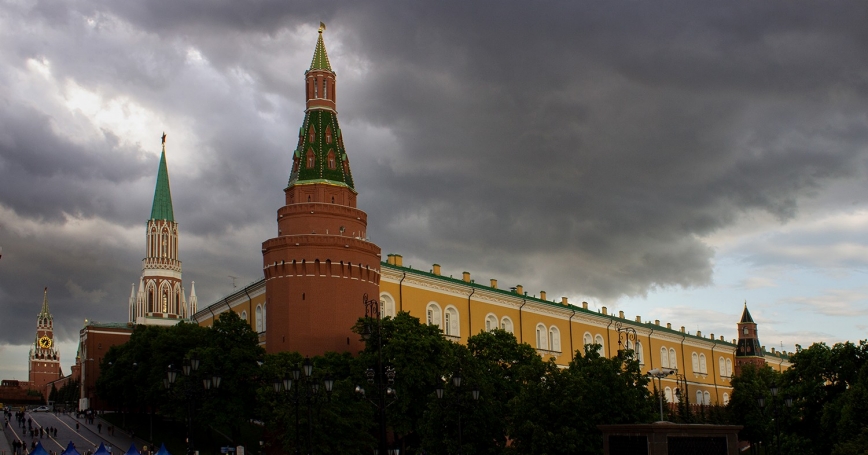 Russian President Vladimir Putin recently hinted at a softening on Ukraine, saying Russia's military call-up would end and his country had not set out to “destroy” Ukraine. As one potential outcome, the war could end with a Russian pull-out, an end to sanctions, and cooperation. But if it did, it might not prompt a return to the 1990s era of good feelings between Western leaders and reformist President Boris Yeltsin. Russia and Russians have changed, and Western strategy may as well.

The blistering barrage of missiles fired at Ukrainian civilian targets after the Kerch Strait Bridge bombing could signal Kremlin escalation. But these strikes may have shown weakness by not helping Russia's floundering military effort. Partly for these reasons, the international position of Russia, and internal position of the Kremlin, seem to be deteriorating. Liberalizers could benefit, as after the 1991 collapse of the USSR.

If the war ended and liberalizers came to power, how might the West respond?

The international position of Russia, and internal position of the Kremlin, seem to be deteriorating. Liberalizers could benefit, as after the 1991 collapse of the USSR.

In the 1990s, many Westerners saw Russians as victims of Soviet oppression who deserved help. International donors provided tens of billions of dollars in aid to Russia. U.S. Operation Provide Hope sent $5 billion in humanitarian aid to Russia and other former Soviet republics.

If Russia were to want help, the West may refer it to the International Monetary Fund and World Bank and insist that it comply with their exacting standards. The West might forfeit Russian assets under its control to help finance Ukraine's recovery. A multinational task force says the West may have frozen some $300 billion in Russian Central Bank reserves. European Council President Charles Michel calls them “extremely important” for “rebuilding Ukraine.”

The West May Flex More Muscle

In the 1990s, the West feared a communist return to power and hoped Yeltsin would be a democratic bulwark. Yet he shelled a rebellious parliament, waged war against separatist Chechnya, corruptly privatized state firms, and allowed illicit flows of missile technology to Iran.

This time, the West may wield the sanctions hammer. As a prerequisite for lifting them, the West might follow a G7 lead. On October 11, its members insisted that Russia “unconditionally withdraw” all troops and equipment, including from Crimea. The West may also demand the exchange of all Ukrainian prisoners of war, and return of all forcibly deported Ukrainians and illegally adopted children. The West could even require the pull-out of all Russian forces from Abkhazia and South Ossetia in Georgia and Transnistria in Moldova.

In the 1990s, the West might have pressed Yeltsin harder to clean up the brutal, Soviet-legacy security sector. Now, ex-KGB veterans are steering Russia on a ruinous course. Without security sector reform, Russia's neighbors and the West could face future threats.

Despite Russia's not being an advanced democracy, the G7 admitted and later expelled it after its first invasion of Ukraine. After long negotiations and with Western support, in 2012 an ambivalent Russia joined the World Trade Organization (WTO). Now, Russia derides globalism and is sinking back to wasteful autarchy. But its brief experience with the WTO's rules-based order may bring benefit when the country someday reopens.

Russia derides globalism and is sinking back to wasteful autarchy. But its brief experience with the WTO's rules-based order may bring benefit when the country someday reopens.

This time, the West may do less to bring Russia in from the cold. The West maneuvered to have Russia ousted from the United Nations Human Rights Council. The West may question Russia's suitability for other global groups or offer support only if it fulfills existing obligations.

In March, the chief prosecutor of the International Criminal Court announced an investigation. A slew of YouTube videos document Russian atrocities, as in Bucha. In September, a U.N.-chartered independent commission concluded that “war crimes” were committed in Ukraine.

The West might use its clout to gain the dispatch of suspected Russian war criminals to international justice. Two decades ago, the West pressed Yugoslavia to expel former President Slobodan Milosevic to a U.N. tribunal.

The West May Deemphasize Personalities

In 1992, a buoyant Yeltsin addressed a rare joint session of the U.S. Congress. At a 1997 summit with Yeltsin, EU leaders lavished praise for his reforms. This time, the West may emphasize reform of institutions, such as legislative, judicial, and administrative. Charismatic leaders may be less valued as the chalice of Western hopes.

In the 1990s, the West adapted to and helpfully influenced the birth of 15 new republics. If liberalizing change comes anew, the West may seek to help Russia heal itself for the long term.

William Courtney is an adjunct senior fellow at the nonprofit, nonpartisan RAND Corporation. He was U.S. ambassador to Kazakhstan, Georgia, and the U.S.-Soviet Commission which implemented the Threshold Test Ban Treaty.

This commentary originally appeared on The Hill on October 19, 2022. Commentary gives RAND researchers a platform to convey insights based on their professional expertise and often on their peer-reviewed research and analysis.