Xi Jinping Is Weaker Than You Think 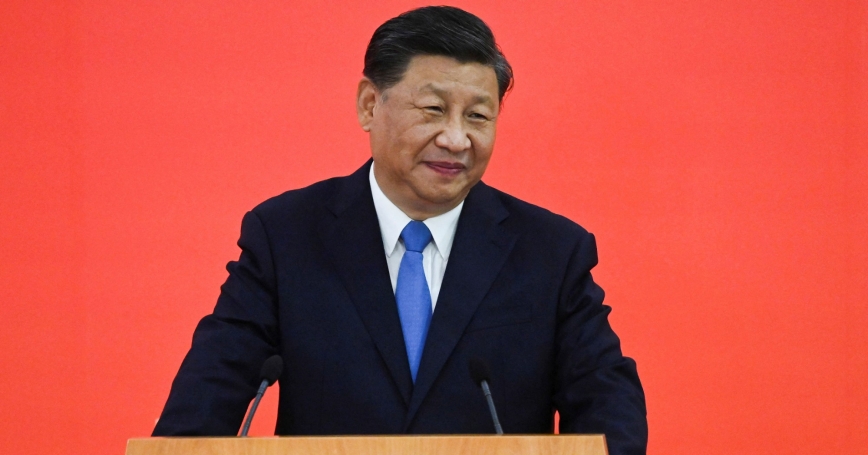 This overstates his power. Although Xi wields significant influence over Chinese domestic politics—certainly more than his most recent predecessors—he still needs support from the Party elite. And on that front, some cracks are showing.

Xi's ability to shape China's policy depends on his ability to gain support from other Communist Party leaders. General Secretaries like Xi build that up in the run-up to the Party Congress. These months are rife with horse trading over leadership selection, delegate appointments, and haggling over wording in the all-important Party Congress Work Report (PDF), which will serve as the Party platform for the next five years. Typically, all of this happens out of the public's view. This year, however, was the rare occasion when signs of friction became public, suggesting weaknesses in Xi's influence.

Xi came to dominate China's political system by centralizing power. He created (PDF) Party supercommittees to directly control policy areas previously managed by China's government. He eliminated (PDF) potential rivals by charging them with crimes as part of a national anti-corruption campaign. In recent years he has required the 24 other members of China's Politburo to demonstrate their loyalty by making annual reports on their work for his review.

But Xi may have overreached, which is starting to create blowback. This is evident primarily around a long-running internal debate in the Communist Party over the importance of economic growth. Since its “Reform and Opening” in 1978, China's economic growth and the increased prosperity of Chinese citizens has been the basis of the party's domestic legitimacy. It has also allowed the party to claim greater influence over global affairs. Xi, however, has been arguing since 2014 that China's security interests are just as important as its economic development. China's citizens, he also said, need to be prepared for a “new normal” of diminished economic growth.

Xi prevailed in that debate in 2020—and only then did his intentions become clear to outside observers. The government began unleashing a flurry of programs to make China's economy more self-sufficient at the cost of growth. These included a “common prosperity campaign” which entailed over 100 regulatory actions against Chinese technology companies, erasing over $1 trillion in market value by late 2021. Around the same time, China began adopting a markedly harder line on foreign policy and military activities. China's “wolf-warrior” diplomats, distinctive for spreading disinformation and taking an offensive and strident tone, were systematically promoted. China ratcheted up military tensions with the United States, India, Japan, Taiwan, and countries in the South China Sea.

Taken together, these moves sum up Xi's policy: Provocatively assert Chinese power abroad while insulating its economy against countermeasures, such as economic sanctions or trade embargos.

Xi's opponents pointedly called his economic measures an abandonment of the 1978 Reform and Opening policy, which has been the foundation for decades of economic growth.

Senior leaders in the Communist Party leaders appear to be pushing back. The opposition was significant enough to effectively suspend Xi's “common prosperity campaign” and ease some of its more onerous measures earlier this year. Xi's opponents pointedly called his economic measures an abandonment of the 1978 Reform and Opening policy, which has been the foundation for decades of economic growth. Premier Li Keqiang, an erstwhile Xi rival, has been publicly asserting for six months that the Reform and Opening programs are a “door of opportunity that China cannot and will not close.”

In the lead-up to the 20th Party Congress, Li has taken a more prominent role championing China's economic interests. After a Communist leadership summit in August, Xi and Li delivered conflicting, even competing, messages. Xi rebooted his public campaign for “common prosperity,” while Li countered that, “China's reform and opening-up will continue on. The Yellow River and Yangtze River will not flow backward.” Similarly concerning for Xi was the re-emergence of Song Ping, a former member of the Politburo Standing Committee, asserting in a video that Reform and Opening “has been the only path to the development and progress of contemporary China and the only path to the realization of the Chinese dream.”

Such criticism is unlikely to cost Xi a third term as General Secretary, but it shows opposition hardening around him. His power-grab has already isolated China's technocrats (who are associated with Li) in the state apparatuses. Li and Song also likely speak for groups of other Party officials who oppose Xi's policies but who cannot risk their careers by publicly criticizing the General Secretary. As a result, Xi may not have such a free hand after the 20th Party Congress concludes. In fact, Xi's power may have peaked.

If Xi is weaker within China, that's not necessarily a good thing for the United States or any other country. Political strongmen are more prone to provocative behavior when they feel insecure at home. Communist Party leaders have a history of “drawing strength from weakness”—that is to say, they deal with low domestic support by doling out harsher rhetoric and more aggressive foreign policies. And a disgruntled minority of technocrats is unlikely to restrain Xi on the most consequential decisions affecting the United States, such as a reprisal in the U.S.-China trade war or a potential military conflict over Taiwan.

Howard Wang is a political scientist at the nonprofit, nonpartisan research organization the RAND Corporation, where he specializes in China and the politics of the Chinese elite.

This commentary originally appeared on Institute for Security and Development Policy on October 13, 2022. Commentary gives RAND researchers a platform to convey insights based on their professional expertise and often on their peer-reviewed research and analysis.