The Congressionally Authorized Irregular Warfare Functional Center Is a Historic Opportunity: Will the Department of Defense Capitalize on It? 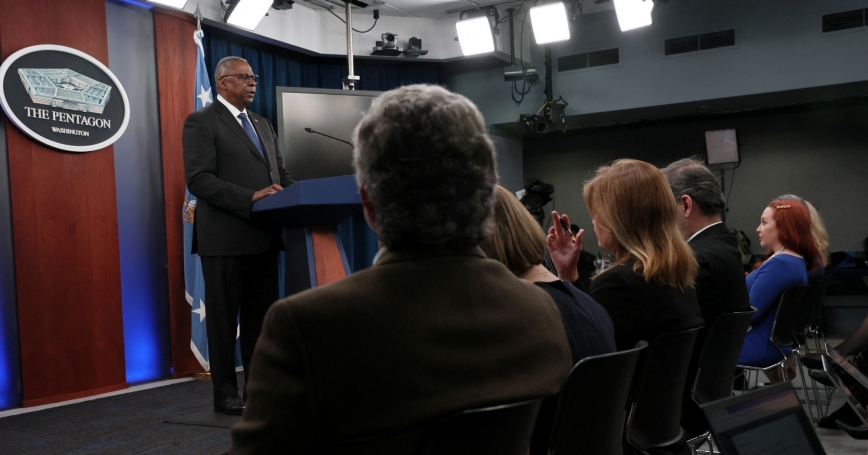 The Department of Defense (DOD) may be facing a once-in-a-generation opportunity to fix a critical gap in its national security arsenal. Congress has authorized the creation of an institution dedicated to the study and research of irregular warfare (IW), and the education of officers and civilian professionals charged with defending against nonstandard threats and executing competent IW campaigns and strategies.

Unfortunately, initial indications are that this opportunity created by Congress—which comes at precisely the right moment to prepare the nation for competition in the 21st century, in which IW may play an oversized role—might not be realized.

Congress authorized the creation of the Irregular Warfare Functional Center (IWFC) with the Mac Thornberry National Defense Authorization Act of 2021. According to the legislation, such a center could “enhance and sustain focus on, and advance knowledge and understanding of, matters of irregular warfare (PDF).” It could improve the U.S. military's understanding of IW and professionalize the next generation of U.S. leaders and staff officers, leveraging expertise both within the DOD and from America's world-class universities to do so.

Secretary of Defense Lloyd J. Austin ordered (in an unpublished but circulated memorandum) the establishment of the IWFC on July 28; in doing so, he highlighted the potential of this organization in declaring that it shall become the “central mechanism for developing the department's irregular warfare knowledge and advancing the department' s understanding of irregular warfare concepts and doctrine in collaboration with key partners and allies.”

However, the approach that is being followed to realize Congress's vision and Austin's guidance is concerning and could be flawed. In the current approach, the IWFC is being patterned after the Marshall Center and other regional centers supporting the Geographic Combatant Commands, which are focused on security cooperation with U.S. allies rather than on improving U.S. capabilities and understanding.

Irregular warfare represents the norm; throughout history adversaries have most often resorted to irregular warfare before turning to engage in riskier and more costly traditional war.

Assuming the center can focus on the need, it should have three primary functions.

The first is research. Irregular warfare represents the norm; throughout history adversaries have most often resorted to irregular warfare before turning to engage in riskier and more costly traditional war. Yet IW has no dedicated home for study, unlike traditional war which is the object of every service's professional military education curriculum. Analyses of U.S. successes and failures outside the “big fights” of Afghanistan and Iraq—such as in Ukraine, the Baltics, Colombia, Philippines, Pakistan, Niger—could be a priority. Rigorous and ongoing research could lead to an American IW operating concept that could result in better doctrine, purpose-built organizations, and appropriate IW education—essential components to a contemporary world class military. The ability to engage in large-scale combat operations (LSCO) and IW simultaneously is both powerful and complementary, but they are distinct modes of warfare. More importantly, IW can occur independent of LSCO and could be of greater strategic utility when it does.

Research is best when it supports education. It is in the classroom where professionals can discuss the writings of the greatest thinkers of irregular warfare—including Sun Tzu, T.E. Lawrence, Hannah Arendt, Mao Tse-tung, Ho Chi Min, David Galula, Sam Sarkesian, John McCuen, Frank Kitson, and Saint Marc—and IW-focused papers written by these professionals can add to the body of knowledge. No compulsory IW-specific professional military education exists today, which leaves to chance the availability of critical and informed IW input for future policymakers. The IWFC could fill this gap by providing a dedicated and professional IW structure.

Lastly, the center could become a resource for national security policymakers across government. If IW is to be the prevalent military activity—as it has historically been and as many believe it will be—it would stand to reason that the DOD, the executive branch, and Congress may need readily available IW expertise throughout their ranks. Developing the depth of needed IW expertise could take time. In the meantime, the IWFC could be a source of credible and vetted experts.

Currently, the Defense Security Cooperation Agency (DSCA) is the de facto executive agent of the IWFC because of DSCA's role as executive agent for the Regional Centers. This may be inappropriate, given Congress and the Secretary of Defense's vision for the IWFC, which is very different from the mandate for the regional centers.

Austin's guidance for the IWFC was clear: it must engage with a broad range of U.S. government departments and agencies and leverage a multitude of academic institutions to do so. DSCA may not be well positioned to do this, but USSOCOM is and has a proven track record of working across the U.S. government and bringing in top quality expertise from across U.S. universities.

The future will require fresh thinking on how to build world class capabilities across the full spectrum of traditional and irregular war.

It is also imperative that the DOD identify the right university (or universities) as a partner for these efforts. While this could be critical to meeting near-term curriculum and research requirements, it could also create new opportunities for private-public cooperation in preparing the nation for 21st century IW. A privately funded component could study and propose how best to achieve whole-of-America effects in securing U.S. interests and achieving its strategic objectives. IW could be DOD's contribution to Kennan's political warfare or today's squishier, strategic competition (PDF), and the IWFC could look to improve DOD's contribution. However, IW may be most effective when nested within coordinated interagency efforts and most powerful when used in conjunction with other elements of national power. That broader effort may also require scholarship. A privately funded component could allow it to independently critique government policies and strategies.

The future will require fresh thinking on how to build world class capabilities across the full spectrum of traditional and irregular war. The IWFC, properly focused on filling the U.S. gap in dedicated IW scholarship, could be a rare chance to make a new and important contribution to U.S. national security.

Lt. Gen. Charles T. Cleveland (Ret.) is an adjunct researcher at the nonprofit, nonpartisan RAND Corporation and a senior mentor to the Army War College. Daniel Egel is a senior economist at RAND. Brig. Gen. Russell Howard (Ret.) is a distinguished senior fellow at the Joint Special Operations University and an adjunct faculty member at the Institute for Security Governance. Col. David Maxwell (Ret.) is a senior fellow at the Foundation for Defense of Democracies and the Global Peace Foundation and a senior advisor to the Center for Asia Pacific Strategy. Col. Hy Rothstein (Ret.) is a recently retired faculty member of the Naval Postgraduate School.

This commentary originally appeared on The Hill on November 6, 2022. Commentary gives RAND researchers a platform to convey insights based on their professional expertise and often on their peer-reviewed research and analysis.