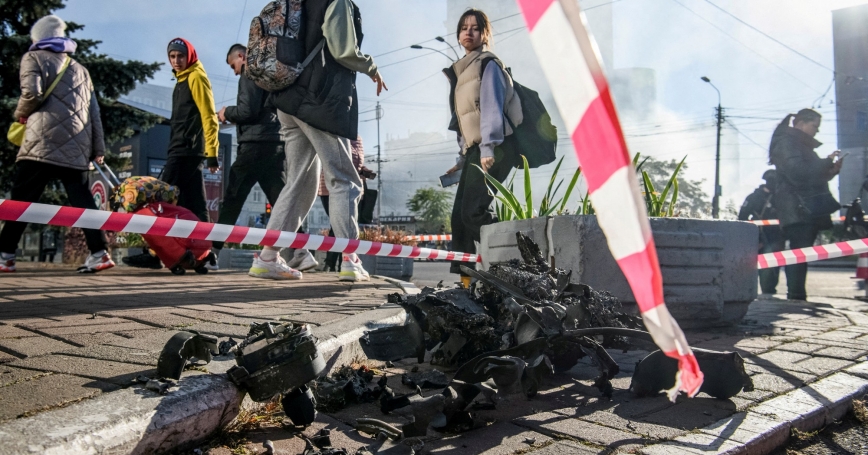 Local residents look at parts of an unmanned aerial vehicle after a Russian drone strike in Kyiv, Ukraine, October 17, 2022

As the Second World War turned against the Axis powers, a desperate Germany increasingly pinned its hopes on a series of wunderwaffen—“wonder weapons”—to save it from eventual defeat. These included some of the first cruise and ballistic missiles, which were, for the most part, weapons of terror. Beginning in mid-June 1944, Germany unleashed a barrage of some 6,725 V-1 cruise missiles and 1,400 V-2 ballistic missiles, many of which targeted London, in an effort to break British morale. The campaign caused tens of thousands of British casualties, but ultimately proved ineffectual. Britain fought on.

Three-quarters of a century later, Russia faces a similar predicament. Its invasion of Ukraine has gone badly. With its army increasingly in shambles, Russia has turned to attacking Ukraine's civilian infrastructure with its own class of “wonder weapons”—in the form of Iranian-made kamikaze drones—in an effort to destroy Ukrainians' will to fight. These tactics will inflict pain on the Ukrainian population, certainly, but if history is any guide, they will not forestall a Russian defeat.…

The remainder of this commentary is available at defenseone.com

Raphael S. Cohen is director of the Strategy and Doctrine Program in RAND Project AIR FORCE at the nonpartisan, nonprofit RAND Corporation. Gian Gentile is the deputy director of RAND's Army Research Division.

This commentary originally appeared on Defense One on November 9, 2022. Commentary gives RAND researchers a platform to convey insights based on their professional expertise and often on their peer-reviewed research and analysis.