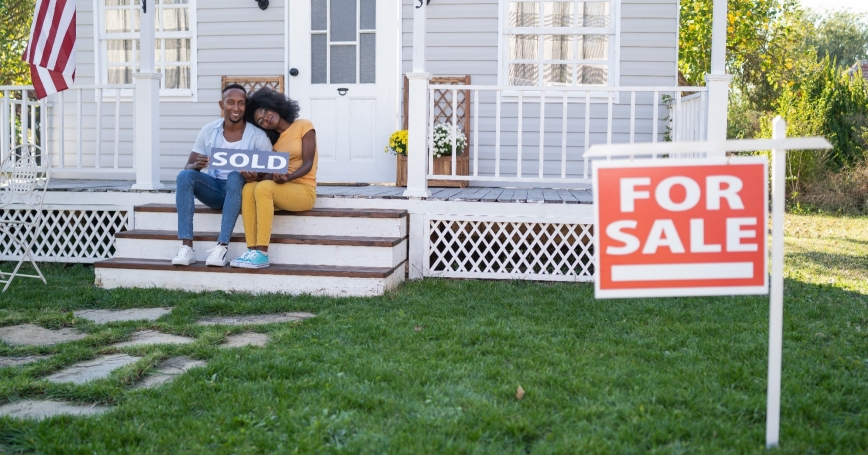 Throughout much of America, the housing market is cratering, thanks to ever-higher interest rates. Fears of recession are in the air, too. And as is the case during all economic downturns, middle-class African Americans are at risk of being particularly hard-hit.

Recent research suggests that African Americans made some gains in the housing market during the pandemic, driven by stimulus payments and other COVID-19 economic relief policies. However, the end of those polices, coupled with a potential economic downturn, could reverse those gains. As a result, this is a crucial time for policymakers to consider policies that focus on improving home ownership rates for African Americans. In addition, more attention should be given to persistent racism in the lending and appraisal industries. These are crucial steps to combat entrenched racism, and to provide African Americans with more opportunities to accrue the same sort of generational wealth that White Americans have long been afforded.

One of the most significant contributors to the racial wealth gap is that African Americans are less likely than White Americans to own homes.

In times of economic uncertainty, these trends are exacerbated, as African Americans have fewer economic resources to fall back on than their White counterparts do. As a result, middle-class African Americans are more vulnerable than White Americans to experiencing significant financial obstacles, including downward economic mobility.

Further, homes owned by African Americans are often appraised at lower values than homes owned by White Americans, even when all other factors about the home are equal. This happens because of a combination of historical redlining to keep certain races out of certain neighborhoods, as well as racial bias built into the appraisal process. In recent months, such racist appraisal practices have received considerable media attention after a prominent African American professor reported a personal experience with a racially biased appraisal; there is also a new documentary film on the subject.

These differences in home ownership rates and home values fuel the racial wealth gap—and they impact African Americans in other areas of life. For example, the average value of the inheritance that White Americans receive is about $195,000, compared with an average inheritance value of about $100,000 for African Americans. Data from the Opportunity Insights project shows that 37 percent of African Americans who grow up in middle-class households fall out of the middle class as adults, compared with 25 percent of White Americans. This may be in part because middle-class African Americans have fewer economic resources to fall back on during challenging times. Thus, focusing on providing more opportunity in the housing market could be an important step toward providing more stability for the African American middle class, particularly in times such as these, while facing increased economic uncertainty.

Focusing on providing more opportunity in the housing market could be an important step toward providing more stability for the African American middle class.

There are already, across the country, good examples of programs doing just this. The Washington D.C. Home Ownership Assistance Program, for example, provides interest-free loans, gap financing, and assistance with closing costs for qualified borrowers. The program targets borrowers that earn incomes below 80 percent of the area median. The Michigan State Housing Development Authority is another such program that provides home loans and down payment assistance for borrowers below certain income levels. However, more such efforts, particularly at the federal level, and focusing specifically on African Americans, may be necessary to begin making up for the already significant and entrenched wealth gaps. Such programs, coupled with a renewed focus on national-level policies aimed at curbing discrimination in the lending and appraisal industries, could prove crucial to improving economic well-being for middle-class African Americans.

Jessica Welburn Paige is a behavioral/social scientist at the nonprofit, nonpartisan RAND Corporation. She uses qualitative methods to explore how African Americans navigate racism and discrimination and how they think about social mobility in the post–Civil Rights era. The writing of this commentary was generously supported by the RAND Center to Advance Racial Equity Policy.