How the War in Ukraine Could End Sooner Than Expected 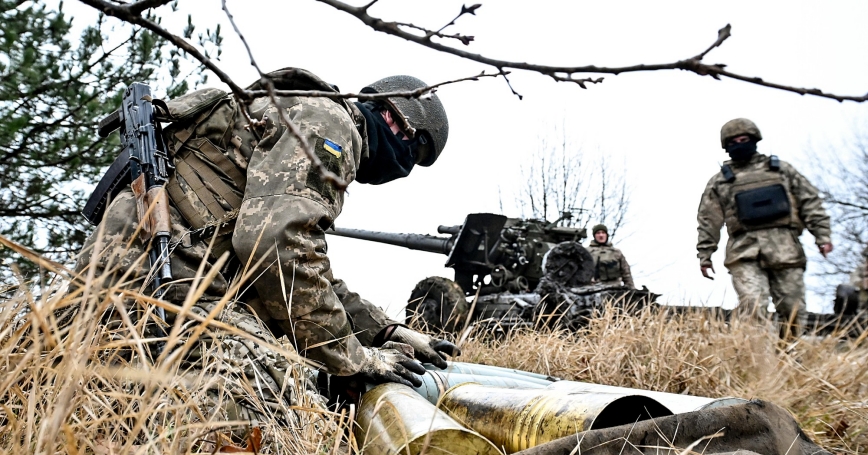 by Peter A. Wilson and William Courtney

There are predictions aplenty that Russia's war on Ukraine will persist. But it could also end soon. Kremlin regime change, a Russian army collapse, or a Ukrainian win are possible. None of these contingencies should be ruled out.

The West has crossed many self-imposed red lines. It was once reluctant but now provides Ukraine with Stinger and IRIS-T low-altitude anti-air missiles, HIMARS rocket artillery, and Patriot high-altitude air defenses. The United States and Germany have said they will supply infantry fighting vehicles.

Despite this generous Western support and Ukraine's plucky military gains, pessimists are legion. Some foresee a frozen conflict. Some worry that Russian President Vladimir Putin will dig in his heels, viewing the fight as existential and denying Ukraine's identity. Some say he plans a long war or predict no one will win.

The conflict has lasted longer than many regional wars, and no victory or retreat is in sight.

The doubters may be right. The conflict has lasted longer than many regional wars, and no victory or retreat is in sight. Predictions merit only guarded confidence when so many have proven wrong, e.g., that Kyiv could fall within days or Russia would quickly gain air superiority over Ukraine.

Policymakers might be prudent, however, to consider not only possibilities of a long war but also how it might end sooner.

Putin's ex-KGB cohort in the Kremlin could be in trouble. A surprise, poorly executed draft of several hundred thousand men has been unpopular. Defeats in Ukraine have sparked a torrent of hardline pro-war criticism. Some Kremlin insiders may be experiencing growing discontent. Putin could be pressured or ousted by renegade security forces, such as those led by hardliners Yevgeny Prigozhin (Wagner Group) or Chechen leader Ramzan Kadyrov.

Abrupt regime change could be risky. Russia might become ungovernable. If Moscow persisted in its war, the West may continue to arm Ukraine, enforce biting sanctions, and control some $300 billion in Russian financial assets. Only liberalizers who withdrew forces from Ukraine might relieve the pressure.

In World War I, a poorly motivated and provisioned Russian army collapsed, helping bring down an out-of-touch czar. Today, Russia might face a similar risk. While Ukrainian President Volodymyr Zelenskyy visits frontline troops, Putin is mostly hidden from view far from any fighting. No surprise that morale of Ukrainian soldiers is strong and that of Russians is weak. In some instances, enforcers shoot those who refuse to fight.

In October, a British intelligence chief said Russian forces in Ukraine were overstretched and exhausted. Troops train at dilapidated bases, fight with obsolete equipment, and lack medical supplies. Soldiers complain of being sent into a meat grinder. Some mutiny. During this winter some might freeze without warm clothing.

It repelled early Russian lunges to seize Ukraine's three largest cities—Kyiv, Kharkiv, and Odessa. Recently, Ukrainian forces took back half the land in eastern and southern Ukraine, which Russians seized in the second invasion launched on February 24, including the only regional capital taken since then, Kherson.

If the ground freezes deep and long enough, Ukraine's army might conduct combined arms operations to push deeper into occupied areas. Even Crimea could be vulnerable if Ukrainians seized the rail hub of Melitopol. Such initiatives might take place before the Russian army could train and equip a large second echelon force, with the aim of conducting a renewed offensive against Kyiv or Kharkiv.

Policymakers ought not overlook contingencies that might seem unlikely but could end the war earlier.

Finally, there remains the specter that a desperate Kremlin might escalate the war, such as by direct attacks on supply and training bases in nearby NATO countries or even limited use of nuclear weapons. The former option might be unattractive because of NATO reinforcement of its eastern European flank and a lack of Russian long-range precision attack munitions. The latter might be deterred in part by NATO nuclear maneuvers or by Chinese, Indian, or other international opposition.

How this war ends remains uncertain. It does seem the West will continue to ensure that Ukrainian forces retain their qualitative lead in arms and access to Western intelligence information. A Russian mobilization of more conscripts, even if ill-trained and poorly equipped, could shore up Russian defenses.

The stage might be set for drawn-out, attritional warfare. But policymakers ought not overlook contingencies that might seem unlikely but could end the war earlier.

Peter A. Wilson is an adjunct senior international and defense researcher at the nonprofit, nonpartisan RAND Corporation and teaches a course on the history of military technological innovation at the Osher Lifelong Learning Institute. William Courtney is an adjunct senior fellow at RAND and was U.S. ambassador to Kazakhstan, Georgia, and the U.S.-USSR commission to implement the Threshold Test Ban Treaty.

This commentary originally appeared on The Hill on January 17, 2023. Commentary gives RAND researchers a platform to convey insights based on their professional expertise and often on their peer-reviewed research and analysis.