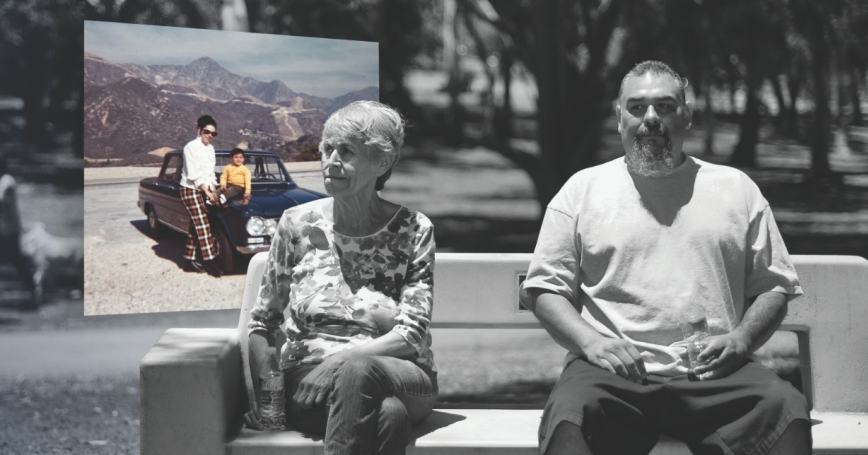 Michael Reyes with his mother, Eleanor, who suffers from dementia

The costs of dementia—economic and personal—are staggering. A recent RAND analysis quantifies the scope of the problem in the United States and serves as a wake-up call to policymakers everywhere.

Michael Reyes spends his nights on the carpet of a downstairs family room, a few quick steps from the hospital bed where his mother sleeps. She startles awake sometimes, desperate to get up and get to a job she hasn't held for nearly 20 years.

The mother he knew—the anchor of his family, a free spirit who thought a quiet summer evening was cause enough for a party—has all but vanished into the dark fog of dementia. She doesn't remember names or faces; her sentences start one place and end another. Once, in her confusion, she tried to flag down drivers on the freeway from the back seat of her son's car, and somebody called the police. 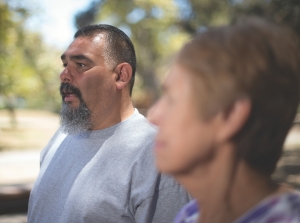 Their story is unique only in the details. Millions of Americans have been thrown into the same bewildering world of dementia care, and that number is about to surge as the Baby Boom generation reaches old age. The costs will be staggering.

A RAND study published in 2013 in the New England Journal of Medicine—the most-detailed examination done in recent decades on the costs of dementia—found that dementia already takes a higher economic toll than heart disease or cancer: at least $159 billion a year, and possibly as much as $215 billion. Those costs could more than double by 2040, the study warned—and the heaviest burden will fall on family caregivers like Michael Reyes.

“It's not a job. This is a call of duty, you know?” says Reyes, who, at 45, has nonetheless stopped working to care for his mother, Eleanor, full time. He sighs. “It's taken a lot out of me. I don't believe anyone deserves this illness. You lose…” His voice breaks. “The person's gone. With her, it's a constant loss, every day.”

Nearly 15 percent of Americans older than 70—some 3.8 million people—already have dementia, the RAND study found. That number will swell to 9.1 million people by 2040, it calculated, more than the current population of New York City.

At that point, the cost to care for them could exceed half a trillion dollars a year, according to Michael D. Hurd, the study's lead author, an economist by training, and director of RAND's Center for the Study of Aging. Even if the rate of dementia slows, as some recent studies suggest it might, the overall number of people getting sick will continue to balloon as the population ages, and with it the costs.

Hurd's best-case scenario: $305 billion a year for dementia care by 2040—as much as four times the current medical cost of cancer.

Hurd's best-case scenario: $305 billion a year for dementia care by 2040—as much as four times the current medical cost of cancer.

“The surprise was how high the burden is already, that it's already comparable to the big killers,” said John Haaga, a former RAND policy analyst and now a deputy director at the National Institute on Aging, which funded the study. “We've been saying it's going to happen. Now it really is here. The numbers are larger even now, in 2015, than most people would have guessed.” 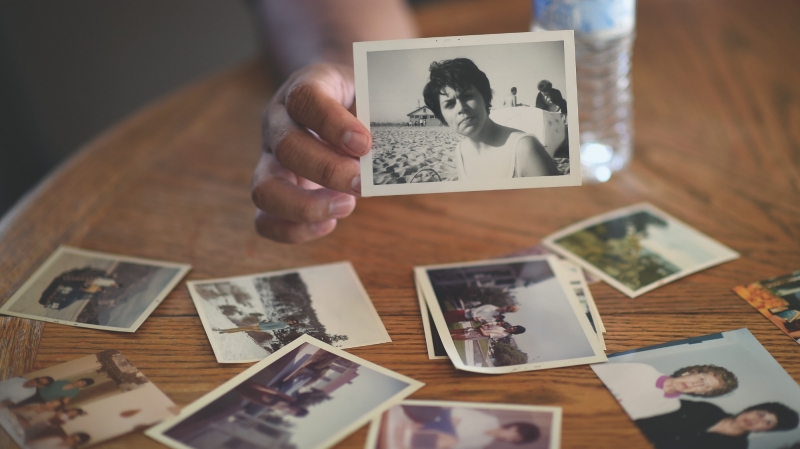 Photos of Eleanor Reyes as a young woman

But to get a sense of the real toll of dementia, you have to know that Eleanor Reyes made a mean chili-verde taco. That she loved to dance to the folksy music of Vicente Fernandez. That her son remembers those long-ago summer parties she threw, when he was just a kid running through the sprinklers, as some of the most content moments of his life.

She's lost all of that—but not, quite, her wit. Ask her if she's getting forgetful, and she's quick with a well-rehearsed answer: “I try not to, because I might miss something.”

Her son Michael first knew something was wrong when she stopped paying the household bills a few years ago. A short time later, she went to pick up a relative—and returned home four hours later, alone and unable to explain where she had been.

Michael moved in as her condition worsened. He became the parent, setting boundaries, worrying that he's too strict, fretting over her dinner. Not long ago, he spent a day mopping up a flooded bathroom after she piled tissues in the toilet and then flushed it. He has found a community of fellow sons, daughters, and spouses of dementia patients at a local caregiver support center and through the national Alzheimer's Association. That kind of support, he says, has been nothing short of lifesaving. He recently took a six-week class on how to cope with the stress.

He figures he spends as much as 14 hours a day caring for her, nearly 100 hours some weeks. He's unemployed, with only a high school diploma, and realistic about his options: No job that he qualifies for will pay him enough to hire out that kind of work. He and his mother make ends meet with her small Social Security checks.

That kind of unpaid care costs the labor market around $50 billion a year in lost work hours, Hurd estimated; replacing it with professional, paid caregivers would cost $106 billion. That's far more than the direct medical costs of the disease and rivals the amount spent on nursing-home care, Hurd found.

His study's cost estimates are “as good as we can do right now,” Hurd said, but he's quick to acknowledge that even they don't capture the full economic drag of dementia. For example, they don't account for the lost seniority and foregone retirement savings of someone who drops out of the workforce to care for a loved one. That may not be enough to change the equation at the zoomed-out level of macroeconomics, Hurd said, “but at the individual level, it is.”

So is the sheer, grinding strain of the disease. Researchers have shown that they can identify dementia caregivers by the high levels of stress hormones even in the fibers of their hair. In surveys, people caring for someone with dementia consistently report high levels of depression and physical exhaustion, and are more likely than other caregivers to say their own health has suffered. One popular guidebook for dementia caregivers sums up the experience in its title: “The 36-Hour Day.”

That's the reality facing at least 15 million Americans who currently care for a friend or loved one with dementia. Millions more will join them in the coming decades—aging Baby Boomers and their spouses and children.

The nation's heavy reliance on family caregivers will become increasingly unsustainable as that burden grows, a special task force of RAND researchers concluded following the publication of Hurd's study.

RAND convened the task force to research and recommend policy options that might help those with the disease, and those caring for them. The team developed a policy blueprint that called for better education and training on dementia; improved access to long-term care; and tax incentives and other financial aid for family caregivers. Team members have presented their findings to advisors working on a national plan to address Alzheimer's disease.

They warned in their report that dementia—and the demands it places on family caregivers—represents a “looming crisis.”

'I Really Was Hurting' 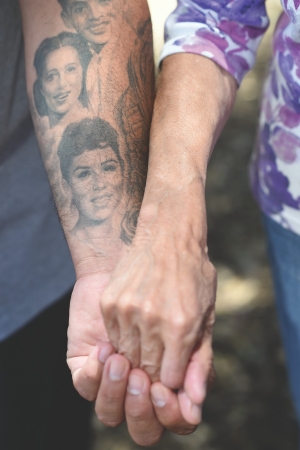 Reyes has a tattoo of his mother, reproduced from her high school ID photo, as a way of honoring her

Michael Reyes sat with his mother on a favorite park bench, overlooking a small lake that glimmered in the early-afternoon sun. They go for long walks some days, feed the ducks, maybe go out for pizza, but he knows such moments are fleeting. His mother is in the final stages of the disease. “It's just basically a matter of time,” he says.

She still has occasional moments of clarity, as if she's waking from a long sleep. She sometimes apologizes to Michael for the trouble she causes. Not long ago, she saw that he was sick and offered to make him some homemade chicken soup. But she didn't know the recipe anymore.

“That broke me,” Michael says. “I really was hurting. I could have used some of your homemade soup, Mom. I still want you to be my mom.”

She gives him a soft smile and nods her head.

He found her 1957 high school ID a few years ago, tucked away with black-and-white photos of beach trips, weddings, and summer parties. It shows a young woman smiling at the camera, full of life, a hint of mischief in her eyes.

He had it tattooed onto his left arm, just above his wrist, in her memory.

This essay was also published in Newsweek on August 15, 2015.