A Chance to Thrive: What We Can Learn from One City's Effort to Transform Community 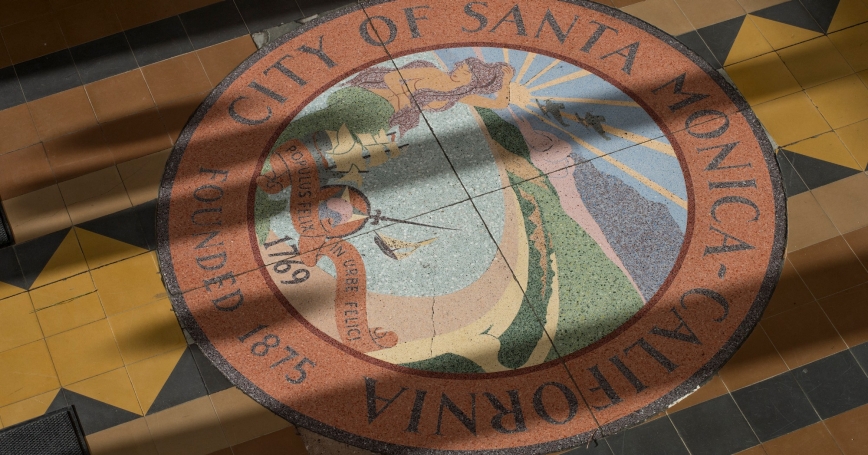 Have cities missed the point?

What if, for all their focus on crime stats and traffic patterns, on zoning laws and building codes, they've missed the chance to thrive—and to help their residents thrive, too? What if there's a better way to govern?

RAND researchers have been working on a project to redefine not just how cities measure success, but how they assess their very purpose for being. It's called the Wellbeing Index, because its central philosophy is that cities can improve not just the safety and comfort of their residents, but also their happiness, their satisfaction with life—their wellbeing.

The shift in focus toward wellbeing has uncovered some surprising fault lines and started to change how government works.

The city of Santa Monica, Calif., is the project's sponsor and its case study—putting its official motto, “Happy People in a Happy Place,” to the test. Even here, in a city known for blue skies and golden sand, that shift in focus toward wellbeing has uncovered some surprising fault lines and started to change how government works.

“It's allowing us to really look at what the purpose of local government is,” said Anita Chandra, a senior policy researcher and director of the Justice, Infrastructure, and Environment program at RAND, which is headquartered in Santa Monica. “Is it only to keep basic services going? Or is it to put into place those things that encourage community wellbeing?”

That word, wellbeing, is meant to go beyond just moment-to-moment happiness. Project leaders use it to describe the health of a community, its sense of connectedness and ability to reach full potential—happiness as a state of being, not just an emotion.

It might be tempting to brush aside the Santa Monica experiment as a feel-good exercise for a city of wealth, leisure, and natural beauty. One headline writer, for example, summed up the project this way: “Are You Happier Than a Santa Monica Resident?”

But then you talk to Rick Cole.

He's the city manager in Santa Monica, highly regarded in government circles as a sage of innovation. He talks about The Wellbeing Project as a chance to start from scratch and reconsider every function of city government. What is the best use of the fire department, for example, in a city with only a handful of serious structure fires every year? How does a library fit into a future gone digital?

He compares cities to railroads, newspapers, the postal service—giants of American industry brought low because they refused to consider doing anything other than what they had always done. “The question is, What business are cities in?” Cole says. “We should be in the business of community wellbeing.”

“What we're talking about,” he adds, “is breathtaking.”

The index that RAND helped develop to guide that transformation was the most wide-ranging attempt to measure the wellbeing of an American city ever undertaken. It looked at the usual measures of city success, from library circulation to park acreage, but that was just the start.

The city also surveyed more than 2,000 residents, asking how well they know their neighbors, how often they spend time outside, how responsive they think the city is to their needs. It followed Twitter feeds to see what people in Santa Monica talk about on social media. It looked at where people checked in on the digital app Foursquare, a kind of crowd-sourced city guide. (And no surprise there: The beach was a top destination.)

How They Thrive in Santa Monica 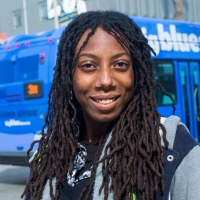 Aljzana Hobdy-Clayton has won awards for her poetry while studying at Santa Monica College. 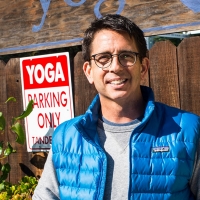 Bruce Bair has owned a yoga studio for nearly 15 years (and thinks the city could use more parking). 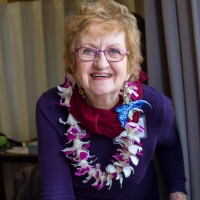 Sue Schuerman serves on a nonprofit coalition that promotes the ideals of the Rev. Dr. Martin Luther King Jr.

Jose Carvajal owns a successful coffee bar in Santa Monica but can no longer afford to live in the city. 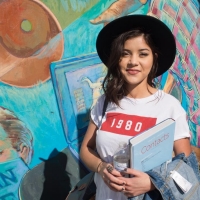 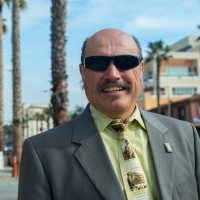 Mayor Tony Vazquez made the theme of this year's State of the City speech “Get Things Done.”

Some of the findings confirmed the city's reputation as an oceanfront playground, where people tend to be well-off, well-educated, and most of the time happy. Santa Monica residents vote more than average, volunteer more than average, and, despite the traffic and some of the highest housing prices in the nation, like living where they do. 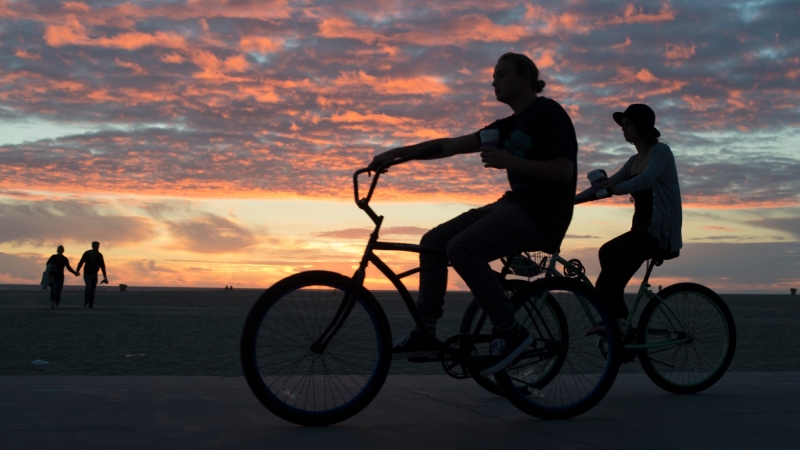 But RAND's Wellbeing Index also layered a little more nuance into that picture.

It revealed, for example, that despite the sun-and-surf reputation, fewer than half of Santa Monica's residents get any kind of daily physical activity. Nearly a third said they feel stressed-out some or all of the time. Fewer than half talk to their neighbors on any regular basis, and 40 percent said they don't feel they have any real voice in their community.

“It's just become a little bit claustrophobic,” said Aimee Flaherty, a film producer who has lived in Santa Monica for 12 years, as she walked her dog along the city's oceanfront bluffs on a recent morning. “But at the same time, I love my home. I live nine blocks from the beach. I love my friends, I love my community. I do love my little life here.”

City leaders have labeled the next phase of the project with a single word: Act.

They've put a new focus on finding opportunities to get people out and engaged with their neighbors—through festivals, for example, or neighborhood councils. They're working with the school district to open a health and wellness center at the high school, after the wellbeing survey revealed surprising levels of stress and loneliness among the city's young people. The library recently updated its long-range plans to put more emphasis on community events and lifelong learning opportunities.

“It's a mind-set shift,” said Julie Rusk, the city's assistant director of community and cultural services. “I think we're really at the beginning of a new way of thinking about the meaning of city services, how the services we deliver provide meaningful value.” 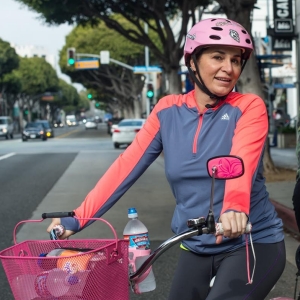 Roula Alaama likes the constant activity, the eagerness of her friends to visit—and that she can bike everywhere. 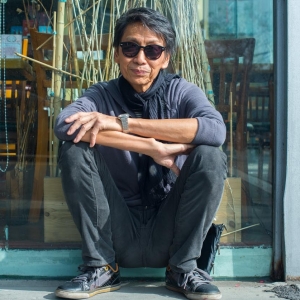 Victor Fong sees people from all over the world visiting the attractions that are just a walk away for him. 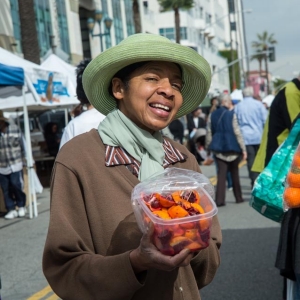 Sister Alberta helps at a produce stand at Santa Monica's signature farmers market as a “service to God's people.” 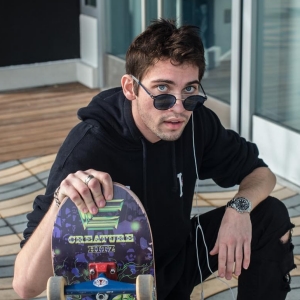 Garrett Lodge is a music producer who specializes in electronica (shown here on his way to a music session).

That approach may still be novel for most American cities, but it has started to catch on elsewhere. The United Kingdom, for example, has pledged to include wellbeing as a guiding principle in policy decisions. The tiny South Asian nation of Bhutan replaced the strict economics of its Gross National Product with a people-centric measurement it calls Gross National Happiness.

The United Nations now tracks wellbeing around the world, from Switzerland, Iceland, and Denmark at the high end to Syria, Burundi, and Togo at the low. Its “World Happiness Report” shows that economic prosperity is a starting point, but true wellbeing also requires health, trust, social support, and the freedom to make life decisions.

“Just to focus on economic growth is to miss critical aspects of human life,” said John F. Helliwell, an economist at the Canadian Institute for Advanced Research who helps edit the World Happiness Report.

“It's certainly not an A-plus. There's traffic congestion, a certain amount of resentment at overdevelopment. It's frustrating at times dealing with the city council and staff. But … I'm still here.”

The Santa Monica project was meant to bring that kind of thinking to more American cities. Bloomberg Philanthropies funded the project with $1 million through its Mayors Challenge, a competition meant to turn bold and innovative ideas into real-world civic models.

Santa Monica is now putting together a guidebook to its survey and methods, to walk other cities through their own wellbeing projects. It also is planning another round of community surveys later this year, to make the Wellbeing Index as active and integral a part of city planning as the annual budget.

Gloria Garvin sees it as a new kind of city report card, graded by the residents themselves. She's 69 years old, a fourth-generation Santa Monica resident who was not at all surprised that the first round of findings showed some need for improvement. Now, she said, it's up to the city to learn those lessons.

“It's certainly not an A-plus,” she said. “There's traffic congestion, a certain amount of resentment at overdevelopment. It's frustrating at times dealing with the city council and staff.

This essay was also published in the Huffington Post on March 21, 2016.