America and the World Are at a Crossroads 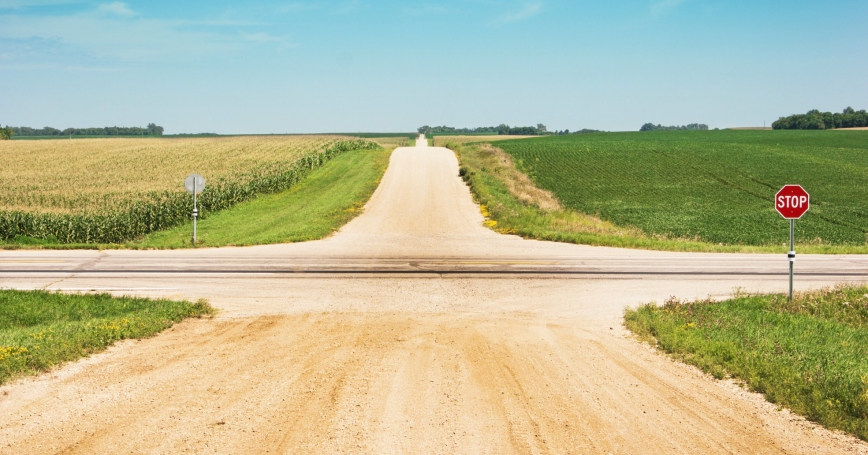 On April 27, 2017, Andrew Hoehn delivered a commencement address at his alma mater, the University of Pittsburgh Graduate School of Public and International Affairs (GSPIA). The school presented him with its Distinguished Alumnus Award. Below are excerpts from his speech.

I can't tell you how very honored I am to be here with you today. [My wife] Robin and I both look back fondly at our time at GSPIA more than 30 years ago, and the experiences we gained here.

I often reflect on how GSPIA prepared me for my career. First briefly in journalism, then for a lengthy time in government, and now in policy research. All of these roles had very different demands. The one thing they had in common is that they all drew upon the preparations I received at this school.

When I thought about what I might say to you this afternoon, I began by thinking how different your world is from when Robin and I were students here.

So much really has changed over the last 30 years.

When we entered as students in the early 1980s, the United States was involved in a fierce competition with the Soviet Union. It had been underway for nearly 40 years. We knew it as the Cold War. It was the focus of our studies, and it commanded the attention of the nation and the world…. Conflict trends were up. Those studying international development did so in the context of that competition. Even those that tried to sit outside the competition defined their roles by what they weren't: “nonaligned.” Closer to home, U.S. education policy was influenced by what our leaders thought were the skills the population needed to win the Cold War. We really did feel that the future of the world held in the balance.

Americans were divided over many things in the early '80s but not over their commitment to a U.S. leadership role in the world.

Americans were divided over many things—the direction of the economy, taxes, education, and health care—but they were not divided over their commitment to a leadership role in the world. Polling data from the time makes that clear. When asked about the U.S. role in the world, a clear majority spoke out in favor of active involvement.

We all know the story of how the Cold War ended. Yet it was hardly evident at the time we were students that the struggle which so defined our era would be over in just a few short years. Indeed, it was two years after I graduated that Ronald Reagan uttered his famous challenge, “Mr. Gorbachev, tear down this wall.” And it was a few years after that that a group of courageous East Germans did tear down the Berlin Wall.

Closer to home, the U.S. was struggling as the industrial era was breathing some of its last gasps. We were yet to learn the terms “information age” or “postindustrial era.” Globalization had not yet entered our vocabulary. Climate change would not be debated for some years to come.

The U.S. unemployment rate the year I started at GSPIA was 9.6 percent. It wouldn't get that high again until 2010. Pittsburgh in particular faced bleak prospects. From the 1970s to 2000, the United States steel industry lost some 375,000 jobs. In the year I began my studies at GSPIA, the unemployment rate in the Pittsburgh area was 18.2 percent. Just think about that for a moment. Today, the unemployment rate in Allegheny County is under 5 percent, the same for the country as a whole. That's good news for those of you entering the job market.

At GSPIA, we had a computer lab but no PCs, and it would be another decade before laptops would come on the scene. I did use my first Apple computer when I was a graduate assistant for Dr. Joe Coffey in the University Center for International Studies. I remember thinking to myself, “What's the big deal with Apple?” So much for my ability to look ahead. No one had a cell phone, and there were still pay phones throughout the campus. A call cost 10 cents. Photocopies cost 5 cents.

A great deal has changed since we were GSPIA students.

Globalization really did seem to be lifting all boats.

The Cold War ended and the U.S. was very much in resurgence. Or so it seemed. The information economy took hold, offering nearly endless promise. Globalization really did seem to be lifting all boats. Lest we forget, nearly 3 billion people have entered the global economy since the Cold War came to an end. During this time, more people moved out of poverty than any previous time in human history. A spectacular achievement by any measure.

But Americans would soon experience the twin shocks of the last decade: 9/11 and the 2008 global financial crisis. Just when we were supposed to be transcending history as we'd known it, the United States found itself in the longest wars of its history and trying to emerge from the deepest recession since the Great Depression. And while the competitions of the past may have ended, new ones clearly are emerging. Tensions are now evident in Europe, the Middle East, and the Far East.

The “end of history” that [Francis] Fukuyama contemplated as the Cold War was winding down seems in retrospect to be something of a quaint dream. Instead of the democratic peace that many thought so possible, it is looking more like a dim and distant hope. Populism is clearly on the march, here in the United States and across the globe. Many of the certainties of even the recent past seem much less so now. Including the idea of the United States maintaining a leadership role in the world.

In short, this country and the world are at a crossroads.

That leads me to offer several reflections as you conclude your time here at this great institution. 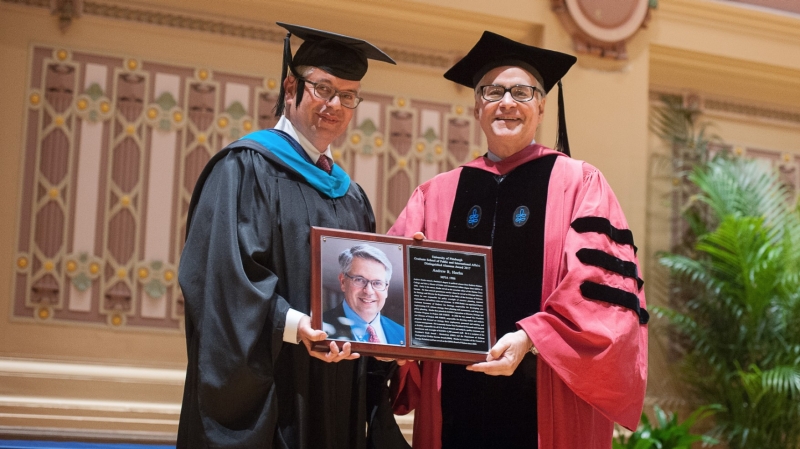 The World Needs You

Just as much, perhaps more so, than it did when Robin and I were preparing to enter the workforce. The challenges today are different but not fewer or less demanding than when Robin and I were students at GSPIA. Our world was arguably more dangerous, but to borrow from one of my former bosses, it was a world filled with many knowns. Yours is a world of unknowns. And one in which change is accelerating. I believe our opportunities could well exceed any threats we face. But we need to be in search of those opportunities, even as we contend with threats. Your role is to help find those opportunities and help navigate the change that is coming.

Over the last several years, I have spent time each year on this campus, and I think you are better prepared than we were. Not only through your classroom instruction, but through the many splendid learning experiences the school has made available to you. Your internships, your travels, your specialized study programs, the conversations you have with professors that, trust me, you will think back on years later. Cherish those experiences. And to those of you who are continuing at GSPIA, seek them out. Pursue every chance you can get to work with the amazing faculty and students GSPIA has attracted. Don't ever doubt yourselves or your preparation.

Truth in Today's World Is Under Assault

Not everywhere, but certainly in the world of policy. From all directions. At home and abroad. Politics has a role to play in the making of policy. That is how civil societies function. But good policy can't emerge absent a commitment to the proposition that decisions must be based on the best available facts and evidence. We can argue about solutions, and we must. But we need to put an end to the debates about competing opinions. Otherwise, you get what my current boss [RAND president and CEO Michael Rich] calls “Truth Decay.”

Don't despair, truth isn't under assault everywhere. Businesses across the globe depend upon timely and accurate data to make decisions. They are willing to pay large sums of money for more precise information because they understand the value of accuracy. That kind of commitment to evidence and accuracy needs to return to the public sector. You have a role in helping bring about that return. Yours is not to be passive bystanders in the struggle for truth. Yours is to help produce a renaissance in the search for truth. Demand it in all you do. Do not be satisfied with anything less.

Be Ready to Be Surprised as You Pursue Your Careers

You heard me say that my professional life has brought me to the fields of journalism, government, and policy research. Your careers will almost certainly be more varied and diverse than mine. Something brought you to the study of public and international affairs. Those interests and passions can be satisfied in a host of different ways. If you are looking for the single path to a career filled with impact, you may not find it. But I can assure you that multiple paths, with changes in direction every now and then, can be a whole lot more interesting. Be ready to be surprised.

This Is Now Your World to Lead

Others will fill the void if you don't. So step up. You are ready. Step up knowing you have been well prepared. But do so with humility. Hard problems rarely have easy answers. Leaders almost never solve hard problems on their own. They catalyze, inspire, and organize groups of people to tackle them together. Step up with a commitment and a passion to help improve people's lives. After all, that is what brought us here in the first place.

Andrew Hoehn is senior vice president for research and analysis at the nonprofit, nonpartisan RAND Corporation.