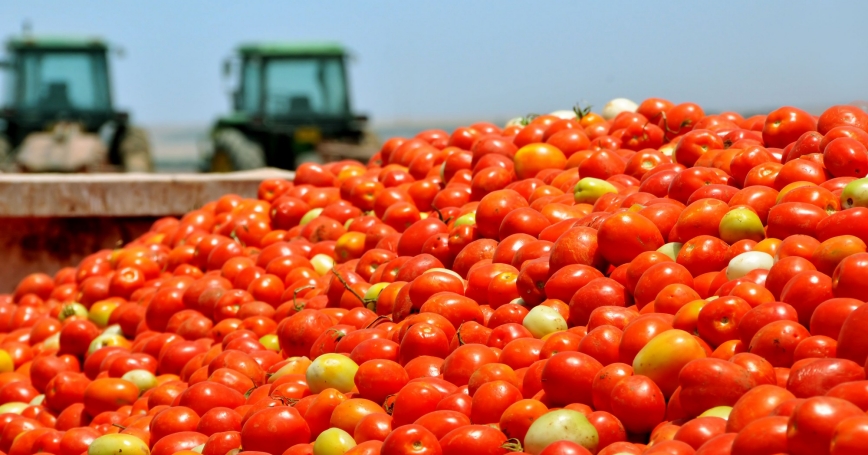 In her new book, RAND's Susan Marquis takes readers inside the fight to improve working conditions in the Florida tomato fields, once some of the most brutal workplaces in American agriculture.

The book, I Am Not a Tractor! How Florida Farmworkers Took on the Fast Food Giants and Won, was released today by Cornell University Press. It traces the history and victories of the Coalition of Immokalee Workers, a grassroots group of farmworkers and community leaders who wrested better wages and working conditions from major tomato growers and their corporate buyers.

The coalition saw that those corporate buyers—mostly grocery and fast food chains—held the real power to improve their conditions. Through public protests and boycotts, they convinced those buyers to pay a penny more per pound of tomatoes and to uphold a code of conduct prohibiting physical violence, sexual harassment, and other abuses in the fields. That comprehensive approach, Marquis says, transformed Florida's tomato fields into some of the best agricultural workplaces in America, without the need for new legislation, regulation, or government participation. 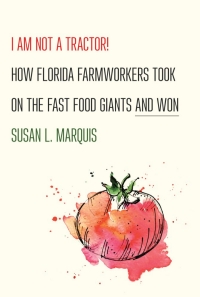 Her book is the product of years of independent research and personal interest. Essential support from RAND enabled her to begin writing during a two-month fellowship at RAND Europe.

I Am Not a Tractor! is not the only recent recognition of the coalition's success. The Smithsonian's National Museum of American History has put on display a papier-mâché model that the coalition used in its protests, of the Statue of Liberty holding a bucket of tomatoes. In October, group cofounder Greg Asbed received a “genius grant” from the John D. and Catherine T. MacArthur Foundation on behalf of the coalition.

What was it about this story that caught your attention?

It really started in 2009, when I read about modern-day slavery cases in the Florida tomato fields. You had people locked in panel trucks and fed through slots and released to go to work; there was routine violence in the fields. And it was all unknown. I viewed myself as someone pretty well-informed about food policy, and to read that in 2009, in the United States, you would have this kind of rampant abuse, was shocking. Truly shocking.

You had people locked in panel trucks and fed through slots and released to go to work; there was routine violence in the fields.

Other journalists and authors have covered parts of this story. What were you hoping to add?

I have a longtime interest in what it takes to actually effect change. You can do the research, you can make the recommendations, but that's not enough. You must have a deep understanding of how to implement policy. And I realized that's what I had to offer: What does it take to solve a persistent and complex policy problem? Why has this worked when most other programs have not? Talking about not just where the ideas came from, but how they are implemented.

Why has this worked?

There's no other program like it with this kind of comprehensive approach. They have work standards that come from the workers themselves, 24/7 monitoring from a worker hotline, plus independent audits. Their Fair Food Program uses the market for enforcement. If growers are not in compliance then they will lose market share immediately. The big brands won't buy from them. That extra penny per pound of tomatoes—that is the top of the food chain taking responsibility for the entire food chain, for the treatment of the workers. It's a minimal cost to them—for a company like Taco Bell, it doesn't even add a penny to every customer's overall purchase. But it's an active declaration of responsibility. 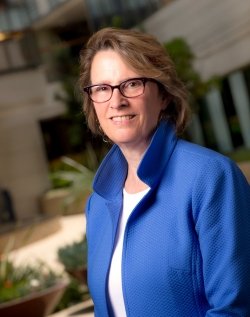 Susan Marquis is dean of the Pardee RAND Graduate School and vice president of innovation at RAND. She holds the distinguished chair in policy analysis, which allows her the flexibility and freedom to pursue new ideas, address critical problems that are underfunded, and shape emerging policy debates.

You make the case in the book that all levels of the supply chain benefit.

The workers, obviously, are paid more, they're safe, they have a healthy working environment free from abuse. They have a place at the table. The growers benefit from a much more stable workforce; they're not getting the kind of turnover they were seeing, which means people are not only better trained but also more invested in the success of that grower. And then the big corporations buying the tomatoes have this real advantage of protecting their brand. That brand is their greatest strength and their greatest vulnerability, so to know they have a clean and protected supply chain is brand protection for a minimal amount of money.

Is this a model that could work in other industries?

It obviously applies to large-scale agriculture. It has expanded, in tomatoes, from Florida all the way up to New Jersey. It's starting to move into peppers and strawberries. The Fair Food Program model has expanded to the dairy industry in Vermont: The Coalition of Immokalee Workers has been advising a group called Migrant Justice, who just signed an agreement with Ben & Jerry's. But this model can reach much further, to factories and other low-wage workplaces in the global supply chain.

Is there one moment that really sums up what the story is about?

I think it's when the coalition had the courage to step back and recognize that the traditional methods of protests and strikes were not sustainable and were not going to have large-scale, systematic effects. It was that recognition that they needed to look outside the farm gate and look at the supply chain as a whole, that the power was at the top of the supply chain and they could put pressure on corporate brands to compel change. It was a remarkable insight and an absolute turning point.