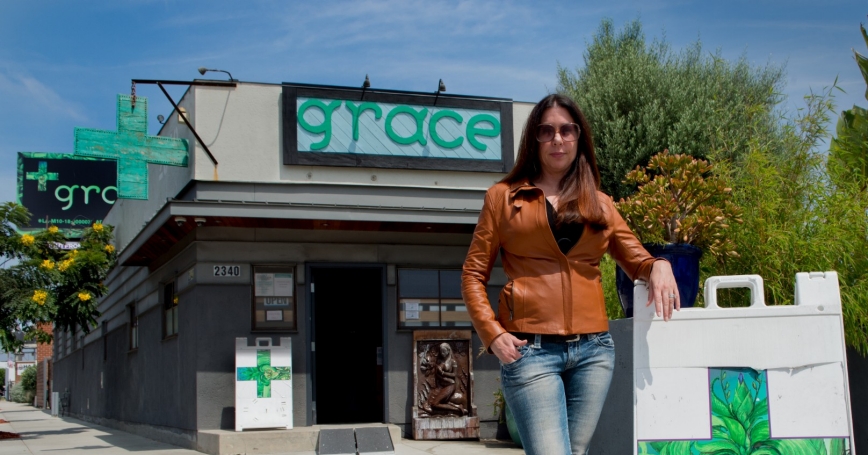 Elizabeth D'Amico is a senior behavioral scientist at RAND and a licensed clinical psychologist. She is nationally known for her work on motivational interventions that help adolescents and young adults make healthier decisions, especially around alcohol and drug use. She leads a large and ongoing research project at RAND to examine substance use patterns among teens as they enter young adulthood.

Your recent studies have focused on marijuana advertising. What have you been finding out?

We've been following several thousand adolescents since 2008, asking them about their experiences, their perceptions, and their substance use. In our latest study, we looked at their exposure to medical marijuana advertising. In 2010, around 25 percent of them reported seeing a medical marijuana ad in the past three months. By the time we hit 2017, it was about 70 percent. Youth who reported that they'd seen more ads also reported greater marijuana use and more positive beliefs about marijuana; they also said that they were more likely to use marijuana in the future and they experienced more consequences from their use. Now that recreational marijuana is legal in California, we will be asking youth about their exposure to those ads as well. We know that tobacco and alcohol advertising affect adolescent substance use, and those ads are regulated. It just amazed me that there were not more specific regulations around marijuana advertising in California.

Why is that concerning?

The way teens view marijuana is very different from the way they view alcohol.

I've noticed that the way teens view marijuana is very different from the way they view alcohol, and part of that is the way it's marketed. When I talk to teens, they'll say, “Oh, I would never drink and drive, I know that's really dangerous. But I could use marijuana and drive because it helps me focus, and it's safe.” So I think the way it's been marketed—it's medicinal, it's safe, it's natural—gives them a different perspective. Ads say: “Goodbye stress, hello marijuana.” That's advertising that you don't really see for alcohol.

Do you have any tips for parents?

As a parent myself, the main thing I do is explain what medicinal marijuana means, that it's typically for people who have health problems like cancer, and just because recreational marijuana is legal now doesn't mean it's something for teens to use. Their brains are still developing and substance use can affect that development. Alcohol is legal, too, but we don't want 15-year-olds drinking beer. We have this extra component here, where marijuana is recreational but it's also medicinal, and I think a lot of kids don't quite get it. It's important for parents and providers to be educated and explain the differences between the two.

Are there any efforts to rein in some of this advertising?

Los Angeles County used our work to create an ordinance that limits where you can have marijuana billboards and says you can only have one sign outside a store. That'll be important, that they can't have a ton of signage around their stores. We've also been contacted by the California Senate about how to best regulate advertising, like how tobacco and alcohol advertising are regulated. Every state is different in terms of what they allow.

You've focused throughout your career on addressing substance use and abuse. Why?

When I was 16, I really wanted this convertible yellow Mustang. I told my parents, “I want to figure out how we can get this yellow Mustang.” They didn't laugh at me, they didn't shut me down. They were like, “OK, we'll talk to you about it after dinner.” I'd love to tell you that I got the yellow convertible Mustang. I didn't, but my parents always made me feel like I was listened to. I feel like a lot of teens don't get listened to, and so sometimes they make poor decisions. I was always interested in trying to talk to people and empower them to make healthier choices. My parents gave me a lot of choices where I could have gotten into trouble and I didn't; and some of my friends who didn't have choices did get into trouble. So I think it's very important how we talk to teens and empower them to think, “Well, this is my life, this is my choice.”

What's next in your research?

We just got funding to follow these same youth for four more years, so that'll take us through when they're 24, starting from when they were age 11. We're looking at so many different things with that data. We do a lot of work trying to understand disparities; one of our papers found that as young as high school, minority youth already experience more negative consequences at the same levels of alcohol and marijuana use compared with white youth. We're also looking at transitions to young adulthood, like going to college, starting relationships, and getting a job, and how alcohol and drug use might affect these transitions.

The exciting thing is that we're going to follow these young people as they turn 21, the legal age for drinking and now marijuana use. So we'll be able to look at a lot of things around that big transition and how turning 21 may affect their alcohol and drug use.