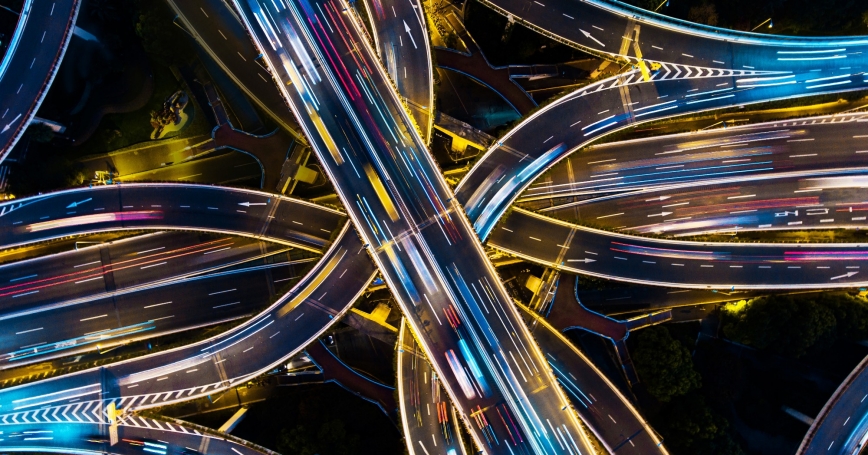 It had been a good day, a happy day, Latanya Byrd remembers. A family day: Kids running around with water balloons, parents trying to keep cool in the sweltering heat of Philadelphia in July. And then a phone call, words between sobs: “Aunt Tanya, they're dead.”

Her niece, Samara Banks, had been walking her four children home when a car slammed into them at high speed. She and three of her children died. It was a senseless loss, a tragedy that never should have happened. But it was no accident.

Tens of thousands of people die on American roads every year. A recent RAND study looked at what it would take to bring that number down to zero. We could do it by 2050, the study concluded, if we change how we think about road safety, make smart investments in vehicle technology, and stop accepting car crashes as car accidents.

“If it doesn't happen to you, you just say, 'Oh yeah, that boulevard is crazy,'” Byrd said. “You think differently when they take your family.”

A Different Approach to Car and Road Design

Banks and her children had almost reached the median of a 12-lane thoroughfare that cuts through their neighborhood when a drag-racing Audi S4 crested a hill. She was the heart of her family, the one who always organized dance contests for the kids and played princess with her nieces. She died with her sons, 7-month-old Saa'mir, 23-month-old Saa'sean, and 4-year-old Saa'deem.

On an average day in America, more than 100 people will lose their lives in car crashes.

“Just one swipe,” her aunt says now. “Two generations of our family. Just took them all.”

On an average day in America, more than 100 people will lose their lives in car crashes. In recent years, a growing number of cities have committed to building a traffic system that prevents death and serious injuries—one that never puts a young mother on a 12-lane road in the dark with her children. Their goal is not to reduce traffic fatalities, but to end them altogether. If that sounds too ambitious, talk to Sweden.

In the late 1990s, concerned about its own safety record on the roads, Sweden enacted a policy that it called Vision Zero. It was easy to scoff at—a national promise to eliminate road deaths?—except that Sweden now has one of the lowest traffic mortality rates in the world.

Working with the National Safety Council, RAND brought together transportation officials, safety advocates, traffic engineers, and other experts to develop a plan for how that could work here. They imagined the year 2050 as the first year with not a single death on American roads. Then they asked how we get there. 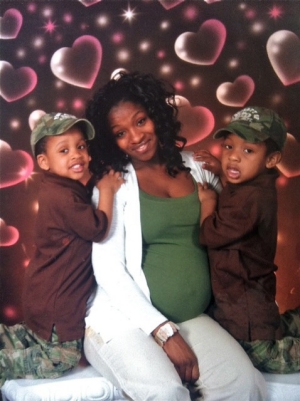 Samara Banks with her children

People die on the roads every day because someone got behind the wheel drunk, or nodded off, or checked a phone message, or drifted across a yellow line, or decided to race a car through a city neighborhood. We know that people make the same mistakes and bad decisions, over and over again. And yet we've built a traffic system with so little margin for error that one moment of inattention can kill someone.

What if we designed our cars and roads for bad drivers, rather than good drivers?

Think about a four-way stop, for example. It takes one mistake, one missed sign, for a car to slam into the side of another. That kind of T-bone crash causes nearly half of all moving, car-to-car road fatalities. Put a traffic circle there instead, and you might see more side-swipe crashes as drivers try to merge, but you prevent those more serious T-bones.

That kind of thinking would go a long way toward preventing traffic deaths. If every country road had raised bumps down the center, drivers would jolt awake the moment they drifted into an oncoming traffic lane. If every traffic light gave pedestrians a few seconds' head start, they'd be more visible by the time cars got the green light, and less likely to get hit.

“A lot of people think this is too big of a problem to eliminate,” said Liisa Ecola, a senior policy analyst and transportation planner at RAND, who led the study. “These ideas are ambitious, but not eye-rollingly so. They're not really outside of the box. These are actions we could be taking now.”

Automatic emergency brakes, lane-departure warnings, and other driver backup systems could save 10,000 lives a year.

By 2050, the study concluded, cars themselves might be so advanced that they prevent most crashes from ever happening. Some might well be fully autonomous, no drivers required. But the real life-savers—the ones that should be a focus of investment now—will be much less flashy.

Automatic emergency brakes, lane-departure warnings, and other driver backup systems could save 10,000 lives a year. Cars that could sample the air for even a whiff of alcohol on a driver's breath could save at least 7,000 more.

Even when a crash does happen, the cars of 2050 might be able to call 911 themselves and alert paramedics to the type of damage and number of people involved. By some estimates, half of the people who die on the roads today survive the initial crash. Getting them faster and more effective trauma care could save thousands of lives.

The Culture Needs to Change

Getting all the way down to zero deaths is going to require a society-wide change of attitude, too. Ecola sees a useful lesson in what happened to smoking. It wasn't one big policy change that removed cigarettes from airplanes and restaurants. It was an evolution in both law and public opinion that gathered momentum as each reinforced the other. We need to make dangerous and distracted driving as socially unacceptable as smoking in public.

At some point, RAND's study imagines, cities might even put up billboards like the ones posted at construction sites. “Welcome to our city, where we haven't had a fatal crash in 27 days.”

“We shouldn't accept deaths or serious injuries on the road, but we kind of do because it happens all the time and you never hear about it,” Ecola said. “I wouldn't say this policy is a failure if we only eliminate 90 percent of car crash deaths. That would be an enormous achievement in traffic safety. That would save more than 30,000 lives a year.” 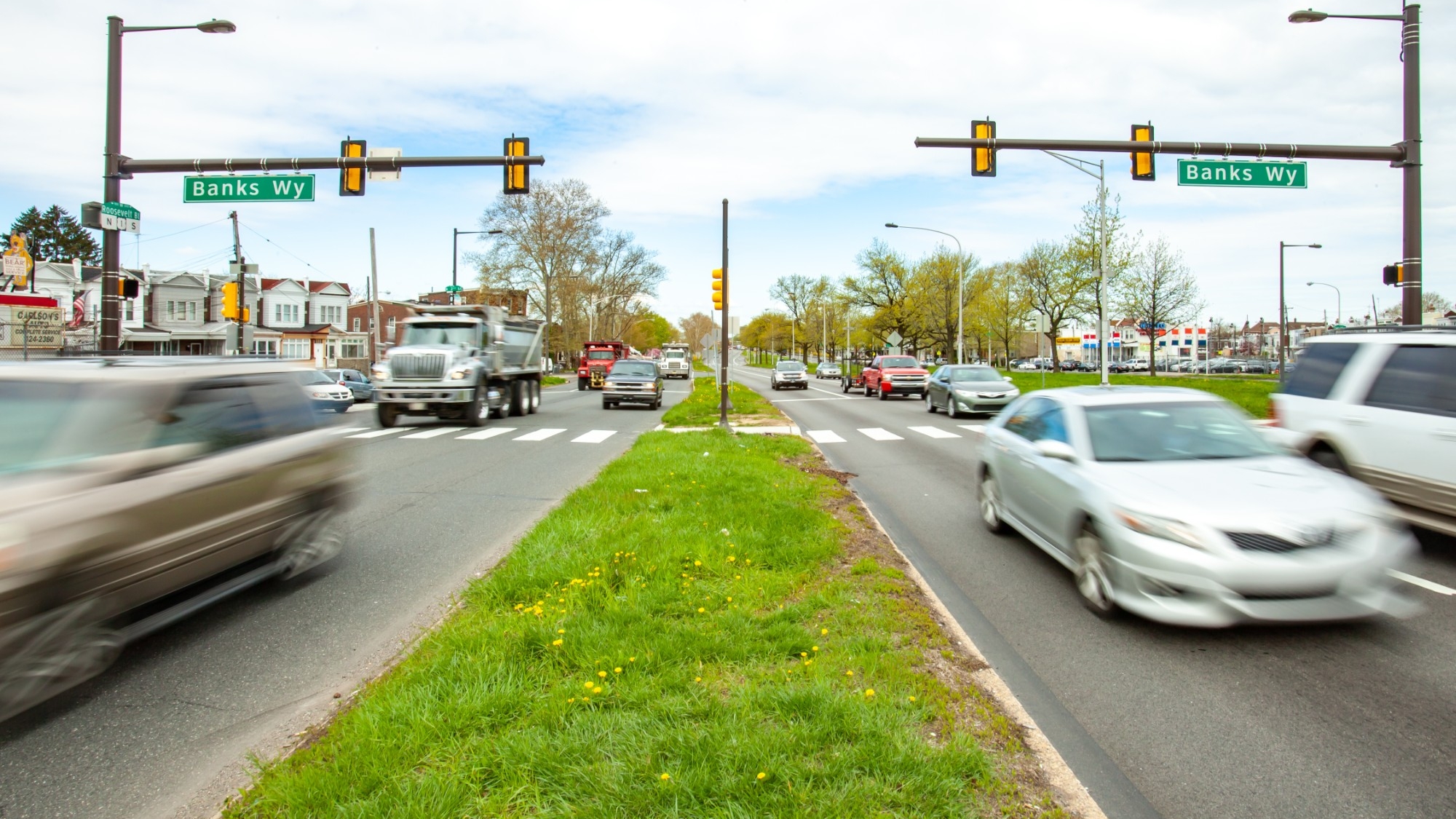 Banks Way, in Philadelphia, named as a memorial to Samara Banks and her children

Philadelphia, for one, has a 42-page action plan to get to zero deaths on its roads—not by 2050, but by 2030. It calls for new street lights, safer sidewalks, lower speeds, and tougher enforcement. It singles out one roadway in particular as desperately in need of change: the 12-lane boulevard where Samara Banks and her children died. Her aunt has become a leading voice in the community, calling for safer streets.

“I feel like I need to jump out of my bed every time I hear that somebody died in a crash,” she said. “Is that what we're supposed to do? Jump and run? Eventually, we're going to have to pull together and do something to stop these crashes from happening.”

There's a wide crosswalk now at the intersection where she lost her niece. There's a traffic light there, a protected median, and yellow signs warning drivers to watch for pedestrians. There's also a small green street sign, placed there as a memorial: Banks Way.