More Can Be Done to Save Veterans from Suicide 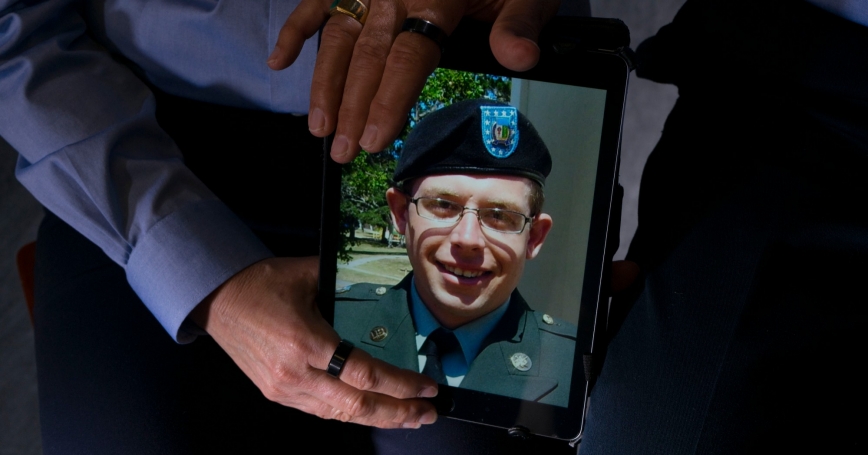 Howard and Jean Somers hold a photo of their son, Daniel, who died by suicide in June 2013

Daniel Somers fought to the end—against horrific memories of what he saw in Iraq, against depression so deep it left him curled up on the floor, and against a veterans health system that never got him the help he needed.

“I am sorry that it has come to this,” he wrote in a final letter to his wife and parents. “There are some things that a person simply can not come back from.”

More veterans die by suicide every year than the total number of combat deaths in Iraq and Afghanistan combined.

A decade of research at RAND has sought to focus the national conversation about suicide in general, and veteran suicide in particular, around solutions that work. The overwhelming message: We could do more to save the lives of veterans like Daniel.

“Too Trapped in a War to Be at Peace, Too Damaged to Be at War”

He was Daniel to his friends, Dan to fellow soldiers, but just “D” to his parents. Howard and Jean Somers remember their son as a child “so full of questions and wonder,” as a teenager who taught himself Klingon, as a young man who put his heart into his car and his guitar. He married early and then, seeking direction and a steady paycheck, joined the National Guard. 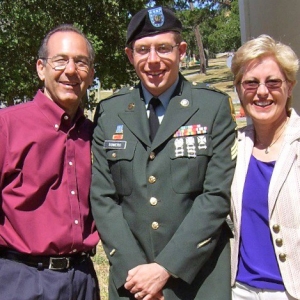 Daniel Somers with his parents, Howard and Jean

Photo courtesy of the Somers family

He deployed to Iraq in 2004, saw unrelenting combat from the gun turret of a Humvee, then learned Arabic and went back in 2007 as an intelligence contractor. He came home a different person. His mother noticed it when she hugged him: He hesitated, as if he didn't really know her anymore.

He wrote in his final letter that he felt “too trapped in a war to be at peace, too damaged to be at war.” On a June evening in 2013, six years after his second deployment, he shot himself. He was 30 years old.

His death came as the nation was awakening to the silent epidemic of suicide among American veterans. A few months earlier, the VA had released a report estimating that between 18 and 22 service members and veterans die by suicide every day. Soon, investigative reporters—and then congressional committees—would uncover deadly long wait times and other problems plaguing the Veterans Health Administration. The Phoenix VA, where his parents say Daniel was once left crumpled on a hospital floor because no beds were available, was the face of the scandal.

By then, researchers at RAND had also started raising alarms about the growing crisis. In 2011, for example, they published one of the first and most comprehensive looks at suicide in the military, a report titled The War Within. The driving force behind that research, senior behavioral scientist Terri Tanielian, had a personal perspective on the need to better support veterans. Her father, a veteran, died by suicide.

“These aren't just numbers to me,” she said. “In the work that I do, I've met a number of parents whose veteran children died by suicide. I am surrounded by people who are impacted by this directly, personally.”

She testified at a congressional hearing on veteran suicide earlier this year: “The United States can and must do better.”

The U.S. mental-health system is facing a crisis: a shortage of providers to meet the needs of veterans and non-veterans alike.

Military planners sometimes talk about getting “left of boom.” It means looking for places to intervene not just at a moment of crisis, but all along the chain of decisions and turning points that led there. That's how we need to think about suicide prevention, Tanielian told the room.

The VA and the Department of Defense have both invested heavily in public-awareness campaigns and efforts to better identify those at risk of suicide. That's important, but the research shows it's not enough.

The U.S. mental-health system is facing its own crisis, a shortage of providers to meet the needs of veterans and non-veterans alike. There's no quick and easy way to fix that. But making sure mental-health providers get reimbursed at rates similar to those of other health providers could start to bring more people into the field. 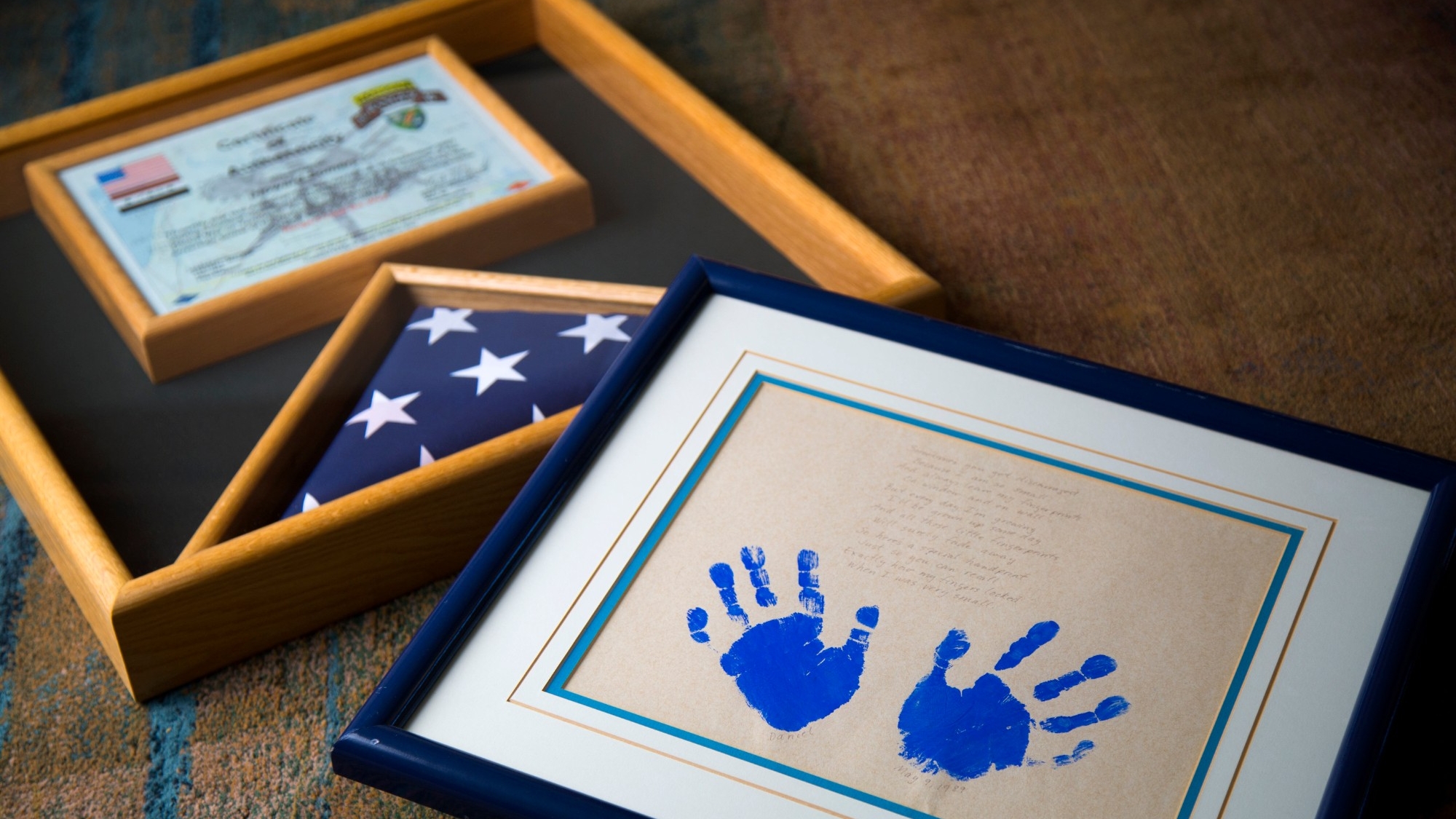 We know that nearly 70 percent of veterans who die by suicide use a firearm. Policies that promote safe gun storage, encourage health care providers to ask their patients about guns, and remove guns from those at highest risk could all help. But we also need more research to identify gun policies that make a difference, and those that don't.

We also know that sexual assault within the military is a major risk factor for suicide among female veterans. Younger female veterans, especially, have suicide rates more than double those of their non-veteran peers. Zero-tolerance policies that meaningfully reduce sexual assault and harassment within the military are suicide-prevention policies.

We can't keep pointing a finger at the DoD and the VA. We have to think about this as the national public health crisis that it is.

So are policies that promote better sleep, attack the nation's drug epidemic, and address what former RAND researcher Rajeev Ramchand called our “culture of stress.” One of the most proven and effective strategies to reduce suicide is to promote a life worth living.

“We live in a society that is increasingly divisive and caustic,” said Ramchand, who continues to study veterans issues as a research fellow at the Bob Woodruff Foundation. “We haven't been looking enough at how to reduce the stressors that can drive someone to a suicidal state.”

The need is only becoming more urgent. The national suicide rate has increased by 30 percent since 1999. It has gone up in almost every state, among men and women, across all age groups, and for all races. Suicide is now the tenth leading cause of death in America.

“You Guys Need to Fix This”

RAND studies have shown that the VA outperforms other health systems on most measures of health care, including mental health care. But fewer than half of all veterans get their care at the VA. Most use their local hospitals and health clinics, and RAND research has shown those community health providers are often not prepared to address the needs of veterans. Few even ask their patients if they ever served.

“We can't think about addressing these issues in the veteran population without thinking about them for the larger American population,” Tanielian said. “We can't keep pointing a finger at the DoD and the VA. We have to think about this as the national public health crisis that it is.” 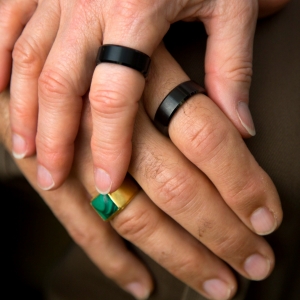 Howard and Jean Somers have spent six years fighting to put a name and a face to that crisis—that of their son, Daniel. They've told his story in front of congressional committees and television cameras, in private meetings at the VA and the Pentagon. They've seen some progress: A law named for and inspired by Daniel, for example, now ensures that veterans who served on classified missions can get private counseling. But this is now their life's work, and they don't ever expect to retire.

They read Daniel's final letter as a son asking his parents for help. “He knew that once we read that, we would try to change things,” Jean Somers said. “We felt very, very strongly about that. These were our marching orders that he left us: 'You guys need to fix this.'”

The Somers both keep a black band on the index finger of their right hands. They wear it in memory of their son, and as a constant reminder that more veterans will die by suicide today, and tomorrow, and the day after.

These briefs were made possible, in part, by the Zwick Impact Fund. Charles Zwick—a researcher at RAND from 1956 to 1965 who later served as both a trustee and an advisory trustee—presented RAND with $1 million and the charge to take on new and emerging policy challenges and to support top talent in their focus on these issues. Each year, RAND's president and CEO draws on this generous gift to help RAND research and outreach teams extend the impact of completed research.