Fentanyl: The Most Dangerous Illegal Drug in America 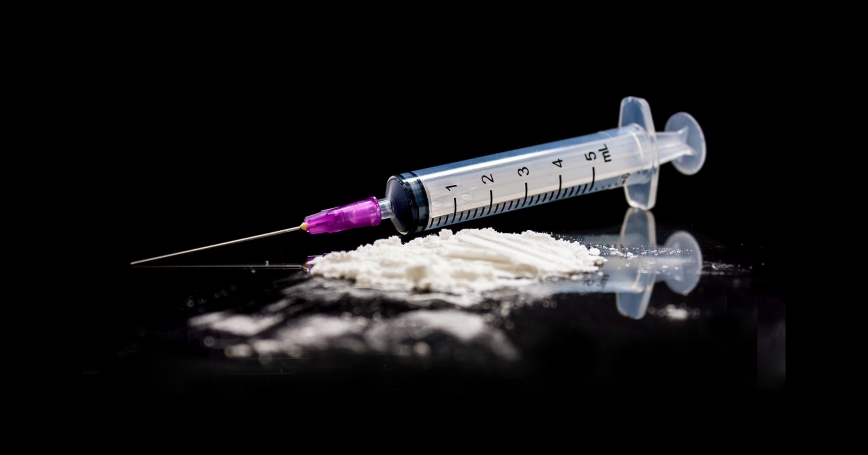 Drug overdoses kill more Americans than car crashes, gunshots, or AIDS at its peak. But it's no longer just a crisis of prescription pills or heroin. It's a crisis of fentanyl. Deaths involving it and other synthetic opioids have surged from around 3,000 in 2013 to more than 30,000 in 2018.

Researchers at RAND recently published the most comprehensive study to date on what's driving the crisis, how it could play out in the future, and what may be done to save more lives. Among their findings:

“This is a new era,” said Bryce Pardo, the lead author of the new report and an associate policy researcher at RAND who specializes in drug policy. “We haven't seen anything like this since heroin first hit the streets more than 100 years ago.”

Lethal, and Easy to Obtain

The crisis arrived in Dayton, Ohio, with a series of unexplained deaths in the fall of 2012. Police found a white powder that looked like heroin but tested positive for fentanyl. By 2015, as the crisis took hold, more than 250 people were dying of drug overdoses every year in Dayton and the rest of Ohio's Montgomery County. The death toll rose to nearly 350 in 2016. The year after that: 566. The coroner's office had to bring in refrigerated trucks to accommodate the dead.

“It was terrifying,” said Ann Stevens, who helped coordinate the response for the county's Alcohol, Drug Addiction, and Mental Health Services agency. “These were people next door, friends and family. The effects just rippled through the community. Everybody knew somebody.”

Fentanyl is not a new drug. It's been used for decades as a painkiller and anesthetic. Surgeons learned to watch their patients closely after administering fentanyl because of the way it stiffens the muscles that control breathing. It was hard to make and hard to find on the streets—until it wasn't.

Today, fentanyl is a mail-order product, marketed on the open internet and shipped directly to consumers and dealers, no international drug cartels required. Some of it comes across the border from Mexico, but much of it comes from poorly regulated labs in China. They often guarantee delivery, so sure are they that their small packages will slip by in cargo shipments or standard mail.

It's more useful to think of the fentanyl crisis as a mass poisoning than as a traditional drug epidemic.

RAND researchers found several Chinese firms willing to ship a kilogram of nearly pure fentanyl to the United States for as little as $2,000. A shipment of heroin with the same potency would cost at least 50 times that much.

Drug dealers didn't need much imagination to see that they could cut a bag of heroin with cheap fentanyl and pocket the difference. But fentanyl is not just cheaper than heroin; it's also up to 30 times more powerful, and some of its chemical cousins are even more potent. A dosing error equivalent to a few grains of salt will kill a person. Users wouldn't even know what was hitting them until it was too late.

Lori Erion heard a new note of fear in the voices of fellow parents as fentanyl started coursing through Dayton. At the support group she runs, Families of Addicts, people shared the names of people lost and worried their children would be next. She felt the fear herself. Her daughter, April, a longtime heroin user, told her there was no such thing as plain heroin anymore. It was all fentanyl. 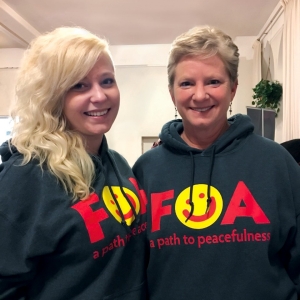 April Erion (left), who nearly died from a fentanyl overdose, with her mother, Lori, who runs Families of Addicts, a Dayton-area support group

“I would go to bed at night praying, God, do with her what your will is,” Erion said. “If it's to take her, because she's never going to get better, then take her. But if it's not, protect her, save her, help her. Because every night I lay there wondering whether I would get the call.”

Ohio was in the eye of the storm. But synthetic opioids were also flooding into New England, Appalachia, and some Middle Atlantic states. By 2016, they had pushed aside heroin, cocaine, and prescription opioids to become the most dangerous illegal drugs in America. Yet RAND's research highlighted a geographic rift: At least through 2017, fentanyl and other synthetic opioids had not yet become nearly the killers west of the Mississippi that they are in the east.

That might be because East Coast drug users favor white-powder heroin, which mixes easily with powdered synthetics (one common mixture is known as “gray death” on the streets). West Coast users prefer their heroin in tar form. But drug dealers are starting to get creative, pressing fentanyl into counterfeit pills. And there's some evidence from Ohio indicating that 12 percent of retail-level cocaine samples obtained by law enforcement also included fentanyl.

Those trends suggest synthetic opioids could still surge into the West, researchers warned—and become even more lethal. Users who think they're getting cocaine or medical-grade pills probably won't have the opioid tolerance of someone who regularly uses heroin. And a pill manufactured in a garage press could have a small amount of fentanyl in it, or enough to kill someone several times over. “The margin of error is so narrow,” RAND's Pardo said. “One more milligram, and that could put you in the grave.”

Traditional Interventions Do Not Suffice

Randall Carmack parked his car on a recent morning at the edge of a field near downtown Dayton. He trudged a short distance to a broken-down car covered with old blankets and towels, to check on a heroin user he was hoping to get into treatment. He found the man slumped in the front seat, his face turning blue. 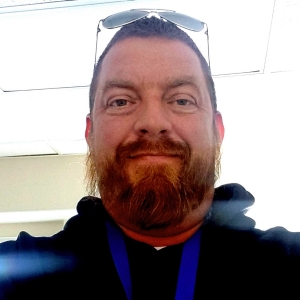 Carmack sprinted back to his car and grabbed his supply of naloxone, a drug that can reverse an opioid overdose and restore breathing. He ran back and administered it, but at first nothing happened. He tried again. The man gasped. His eyes opened.

“There's really no other drugs around here that make people do that,” said Carmack, who once used drugs himself, including medical-grade fentanyl. He's now eight years in recovery and working as a peer support specialist for the county's public health department. “There's no heroin on the streets of Dayton anymore,” he added. “It's very, very rare that it's heroin anymore. Everybody wants fentanyl.”

RAND researchers interviewed experts, public health officials, and drug-enforcement agents in half a dozen countries. They found not a single instance where fentanyl had become entrenched and then been pushed aside. Estonia has had an illicit fentanyl market for nearly 20 years.

Against those odds, they wrote, the United States must invest more in getting people with substance-use disorders the treatment they need. It must find ways to interrupt the flow of synthetic opioids through the mail, and make naloxone much more readily available to those who need it. But none of that will be enough.

At least 10 countries have implemented supervised-consumption sites, where people using drugs at least have trained staffers watching over them in case they overdose. A recent court ruling in Philadelphia suggested there may be a legal pathway to try that approach here.

Some countries also allow doctors to prescribe medical-grade heroin to those who have tried other treatments, such as methadone, multiple times but are still injecting heroin. Researchers found good evidence that the approach can reduce the use of illicit, contaminated heroin and stabilize the lives of those patients.

Decisionmakers need to consider such outside-the-box ideas if they want to significantly reduce deaths involving synthetic opioids, RAND's study concluded. “Just because something is controversial doesn't mean we shouldn't consider it,” said Beau Kilmer, the director of the RAND Drug Policy Research Center and a coauthor of the new study. “We can't treat this like a regular drug epidemic.”

'Mobilize as Quickly as Possible'

In Dayton, as drug overdoses mounted, the community pulled together. Neighbors, business leaders, and community groups formed an emergency action team to track and respond to the crisis in real time. The health department offered free training for anyone to learn to use naloxone, every Wednesday at noon. Clinics handed out test strips so that drug users could check their drugs for fentanyl.

It's hard to say what made the difference—the community response, the naloxone, or just changing patterns of drug use or supply. By 2018, overdose deaths had fallen by nearly half, from 566 to 289. Early numbers from 2019 suggest they were holding steady. But the community itself is still in recovery.

Every community in the country needs to see fentanyl as a public health crisis.

Lori Erion almost lost her daughter, April, to the crisis; she overdosed one night in an abandoned house and was brought back by naloxone. “That's what families go through,” Erion said. “It's a horrible, horrible thing.” Randall Carmack spends his days knocking on doors, offering people with substance-use disorders a shot at treatment in the language of someone who's been there himself. “We still get at least one [overdose] a day,” he said. “That's the bare minimum.”

And Ann Stevens, whose agency helped rally the community response to the crisis, has some advice for communities in fentanyl's path: “Mobilize as quickly as possible. Get everybody to the table. Every community in the country needs to see this as a public health crisis.”

The overdose numbers are down in Dayton. National news headlines don't point to the city anymore as an epicenter of the nation's drug epidemic. But Stevens still keeps a dose of naloxone in her purse, just in case.

When it was founded in 1989, U.S. concern about illicit drugs had risen to near-panic levels. Violent crime, much of it related to drug distribution, was in the midst of a historic run-up, and media reports of “crack babies” contributed to a sense of cities spinning out of control.

Public opinion polls showed that drugs were seen as the most important problem facing the United States. As policymakers debated how to best address America's drug problem—an emotional and ideological dispute—RAND recognized an opportunity to make a positive contribution.

A multidisciplinary group of researchers formed this new center to help policymakers and decisionmakers think objectively and critically about issues pertaining to substance use and drug policy. The center was established through private foundation funds; its strategy was to engage researchers with strong methodological skills who typically worked in an area adjacent to drug policy, such as mental health or criminal justice.

More than three decades later, the center continues to evaluate, compare, and assess the effectiveness of an extensive range of drug policies. It has maintained a clear identity and focus, drawing on the talents of a global, dedicated group of researchers with a broad range of analytical expertise.

The center's research has been used to reduce youth substance use, improve the quality of substance use treatment, help veterans with drug-use problems, and reduce alcohol-involved crime. We've had an enormous impact not only on policy, but also on how people think about drug problems.