A Stable Blood Supply Is Critical in the COVID-19 Era 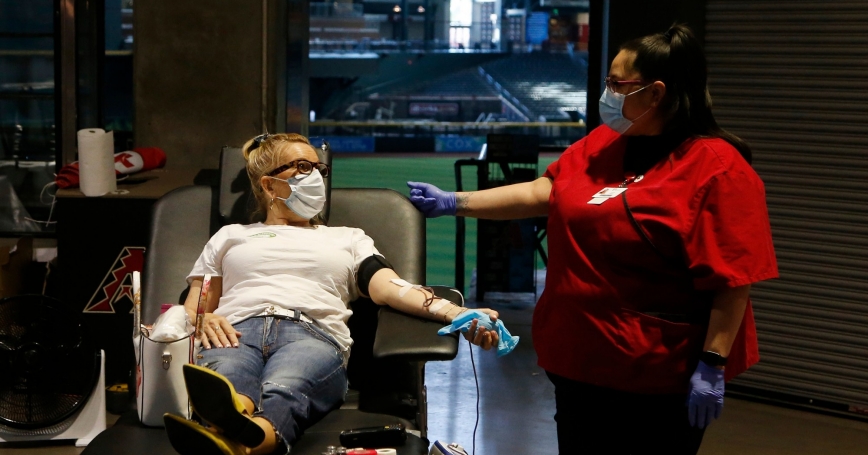 In the early days of the COVID era, as schools closed and offices emptied, the American Red Cross warned that blood shortages would be severe. A few months later, with no relief in sight, officials there predicted a “staggering” drop in blood supplies. “We're basically looking at a new world,” a blood center spokesperson in Texas said.

In normal times, the American blood system is a model of efficiency, shuttling millions of units of blood from donor arms to patient arms every year. Yet that very efficiency leaves it with slim margins when something goes wrong, RAND researchers found when they looked at the strength of the U.S. blood supply. One of the biggest risks they identified: a global pandemic.

“With an industry operating on razor-thin margins and complex logistics, you do run some risk of things breaking down when there are disruptions like a pandemic,” said Andrew Mulcahy, a senior policy researcher at RAND who led the study. “As a society, we need to decide whether we want a more robust blood supply than what the market would otherwise support. If we do, we need to start thinking about how we can more effectively get there.”

A System Under Stress

The first ripples of fear and uncertainty from the new coronavirus shut down blood drives around the country almost overnight. In one state, Washington, hit hard and hit early, officials warned of the risk for a systemwide collapse in the blood supply as hundreds of expected donors stayed home. By early this summer, as hospitals resumed elective surgeries and ramped up their need for blood, some providers reported a barely one-day supply of universal type O-negative blood.

“What we have seen since the emergence of the COVID crisis has been just extreme fluctuations in both supply and demand,” said David Green, the chief executive of Vitalant blood centers and president-elect of AABB, an industry group. “It's been a scramble.”

A few years ago, fearing just such a scramble, the U.S. Department of Health and Human Services asked RAND to investigate the sustainability of the U.S. blood supply. The result was one of the most comprehensive reports to date on a slice of the health care system that gets little scrutiny but on which millions of lives depend.

Nobody has a full picture of how much blood is in the system at any given moment, or whether it's enough to meet demand.

U.S. hospitals and clinics use around 10 million units of red blood cells every year—to keep trauma victims alive, to help cancer patients get through chemo, to give people with blood disorders another day of wellness. Blood transfusions are among the most common hospital procedures performed. Every few seconds, someone in America gets a dose of someone else's blood.

Behind the scenes, a multibillion-dollar industry makes it happen. One pint of blood collected at a high school blood drive might pass through a blood center, to a hospital storage rack, to an operating room, with suppliers, brokers, contractors, consultants, testers, and insurers involved along the way.

Nobody has a full picture of how much blood is in the system at any given moment, or whether it's enough to meet demand. The federal government has no way to collect that kind of data, and hospitals don't share it with each other. Some blood centers still rely on daily phone calls with hospitals to track supply and demand.

But periodic surveys of blood centers and hospitals have made it clear that the market for blood was tightening even before COVID-19. Demand has fallen, year after year, for more than a decade as hospitals refine their surgical techniques and better manage the blood they have. Blood suppliers, competing with each other for hospital contracts, have had to lower their prices even as their collection and testing costs stay fixed, or go up. That has led to a wave of blood center closures and consolidations. 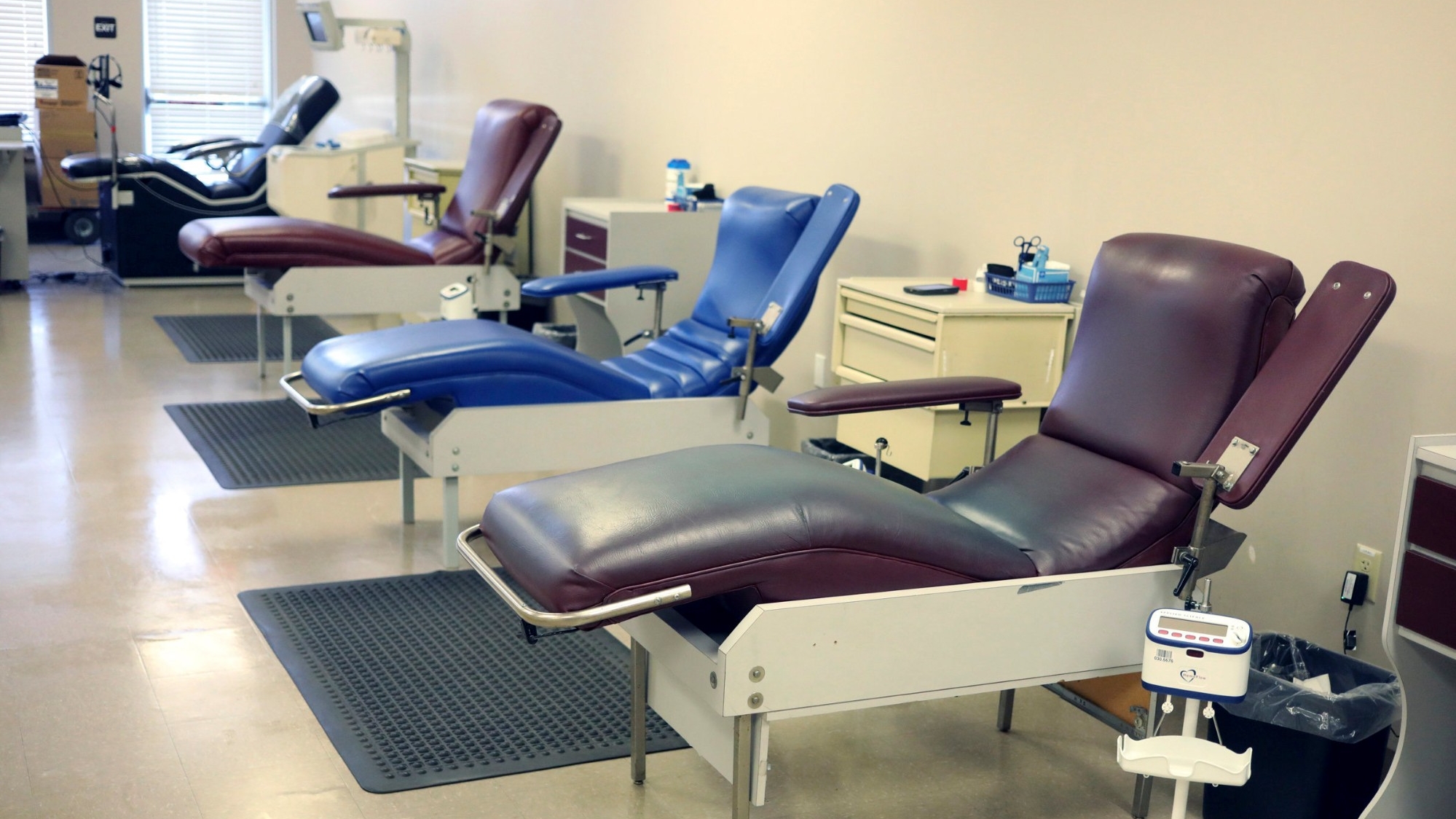 The system still works—and works well—most of the time. The best estimates suggest blood centers collected nearly a million more units of blood in 2017 than hospitals and health centers needed for transfusions. But there is risk, the researchers wrote, that fewer blood centers with fewer donors will be less able to handle the supply shock of a major disaster. As one trauma center representative told the researchers: the system works, “for the middle of the road.”

The researchers considered three catastrophic events that could test the limits of the blood supply. Two would have a regional impact, they concluded: a terrorist attack like 9/11, or a natural disaster like Hurricane Katrina. In both cases, donors in other parts of the country could be expected to roll up their sleeves, making up for any loss of supply in the affected area.

Just one scenario could “critically compromise” the blood supply, the researchers found, and that's a pandemic. Their report, released in late 2016, predicted that donors would stay home, blood drives would close, and infections spreading through the ranks of essential personnel would hit blood workers as well. “Thankfully,” they wrote at the time, “there has not been recent historic evidence of large-scale, mass-casualty illnesses in the United States.”

Now that there has, their report provides some possible steps forward.

There is risk that fewer blood centers with fewer donors will be less able to handle the supply shock of a major disaster.

The federal government should consider taking a more active role in monitoring and managing the blood supply, the researchers concluded. That could start with a nationwide database to track blood supplies in real time, and flag any possible shortages before they become urgent. The government also could establish how much blood hospitals need to keep on hand in case of emergency, and then help them cover the costs of stocking up.

There's no evidence that COVID-19 can spread through blood. If it could, the entire health system would be in a much more dangerous place right now. But we might not be so lucky in future pandemics, and so the government should also consider investing in developing new and improved tests of donor blood.

Blood centers have pushed for changes in the labyrinthine way the U.S. health system pays for blood. Right now, insurers pay hospitals by procedure, with all costs, including blood, wrapped up in a single lump sum. That gives hospitals an incentive to cut costs—by finding ways to use less blood, for example. But there is a public interest in ensuring it doesn't drive blood centers out of business, the researchers concluded. The government should consider targeted grants or other financial incentives—not wholesale changes to payment structures—to ensure a stable and sustainable blood supply.

“In some ways, blood is no different than a stent or a bandage,” Mulcahy said. “It's something that hospitals need, and suppliers sell it to them. That's just bread-and-butter health care economics. But then, in other ways, it's this almost mythical, lifesaving stuff. Without it, people die.”

He's moved on from blood to look at other corners of the health care market that get little scrutiny until things go wrong. His latest research is on ambulance services, but the story is the same. Lives depend on getting it right.