The Power of Invention—and the Value of Diversity and Inclusion 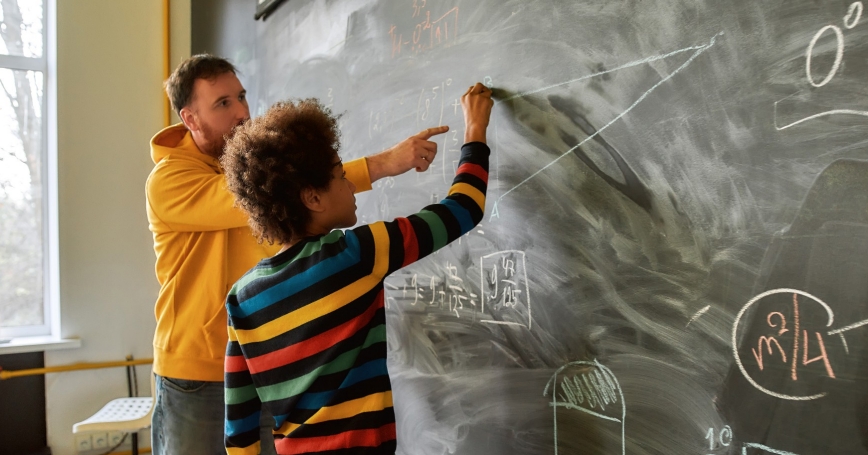 Jerome Lemelson was a restless dreamer and tinkerer who filled his notebooks with ideas that became the gadgetry of modern life. Barcode scanners. A video filing system. The mechanism that made the Sony Walkman work. A new and improved propeller beanie.

Lemelson died in 1997 with more than 600 patents to his name. He left behind a foundation dedicated to supporting young inventors, and a $500,000 annual prize for a mid-career inventor who had changed the world. “Every new American inventor,” he once said, “is a potential new American business.”

Researchers at RAND showed how true that can be. They measured the impact that each winner of Lemelson's prize has had—the markets they moved, the jobs they created, the dollars they put in the bank. They found that getting more people from more backgrounds excited about inventing could be a very smart investment.

“We wanted to highlight the importance of invention, the importance of engaging students,” said Benjamin Miller, an economist at RAND who led the study. “One of the points we make is that if you want to maximize the benefits to society, you need everybody to have a chance to be the best inventor they can be. There's a whole pool of people we're missing out on because they're not being engaged.” 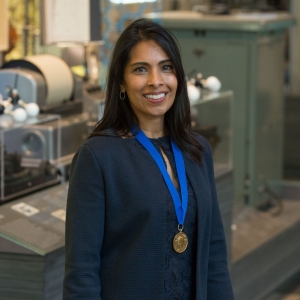 Sangeeta Bhatia, recipient of the Othmer Gold Medal, May 8, 2019

Sangeeta Bhatia wanted to create an artificial micro-liver using live human cells. To do that, she needed those liver cells to behave like liver cells even outside of the body—to organize themselves into stripes on the etched glass plates she had prepared for them. But the view through her microscope was always the same: nothing. “I found 100 ways for it not to work,” she says now.

Her eureka moment came in the back stacks of a university library, as she pored over old medical texts. Brain cells had attached to proteins in a chemical solution that should have killed their activity; maybe a similar approach would work to line up her liver cells. She rushed back to her lab, mixed a new solution, and looked through the microscope. Stripes.

“You see footage now of people celebrating the Perseverance rover landing on Mars? That's how it feels,” she said. “All the hard work and late nights and just feeling like, 'Oh my god, I did it.' It's like winning a race, getting that shot of adrenaline, times a hundred.”

Her micro-liver revolutionized drug trials and helped earn Bhatia the 2014 Lemelson-MIT Prize—the Academy Award for inventors. The Lemelson Foundation and MIT awarded the prize to just 26 inventors between 1995 and 2019, recognizing work that benefited society and improved lives and communities. Their portfolios include the balloon catheter, the computer mouse, the spam-filtering reCAPTCHA test, and the entire field of recombinant DNA technology.

America would have four times as many inventors if more women and minorities had the same support and exposure to role models as higher-income white men.

Prize administrators asked RAND to calculate the social and economic value those 26 inventors helped create through their inventions. “We thought it would help us make the case for investing in young people and their opportunities for learning,” said Stephanie Couch, executive director of the Lemelson-MIT Program. “The world needs more creative and inventive problem solvers.”

Researchers dug through corporate filings, patent applications, and scientific journals. They found that the 26 prize winners had gone on to start more than 140 companies to develop and market their inventions. Those companies that reported their financial data had more than $54 billion in total revenue in 2019. They employed around 40,000 people.

The 26 inventors also held more than 3,800 total patents. But their creative impact went far beyond that. The researchers found more than 40,000 subsequent patents that built on their ideas and cited them as precedent. 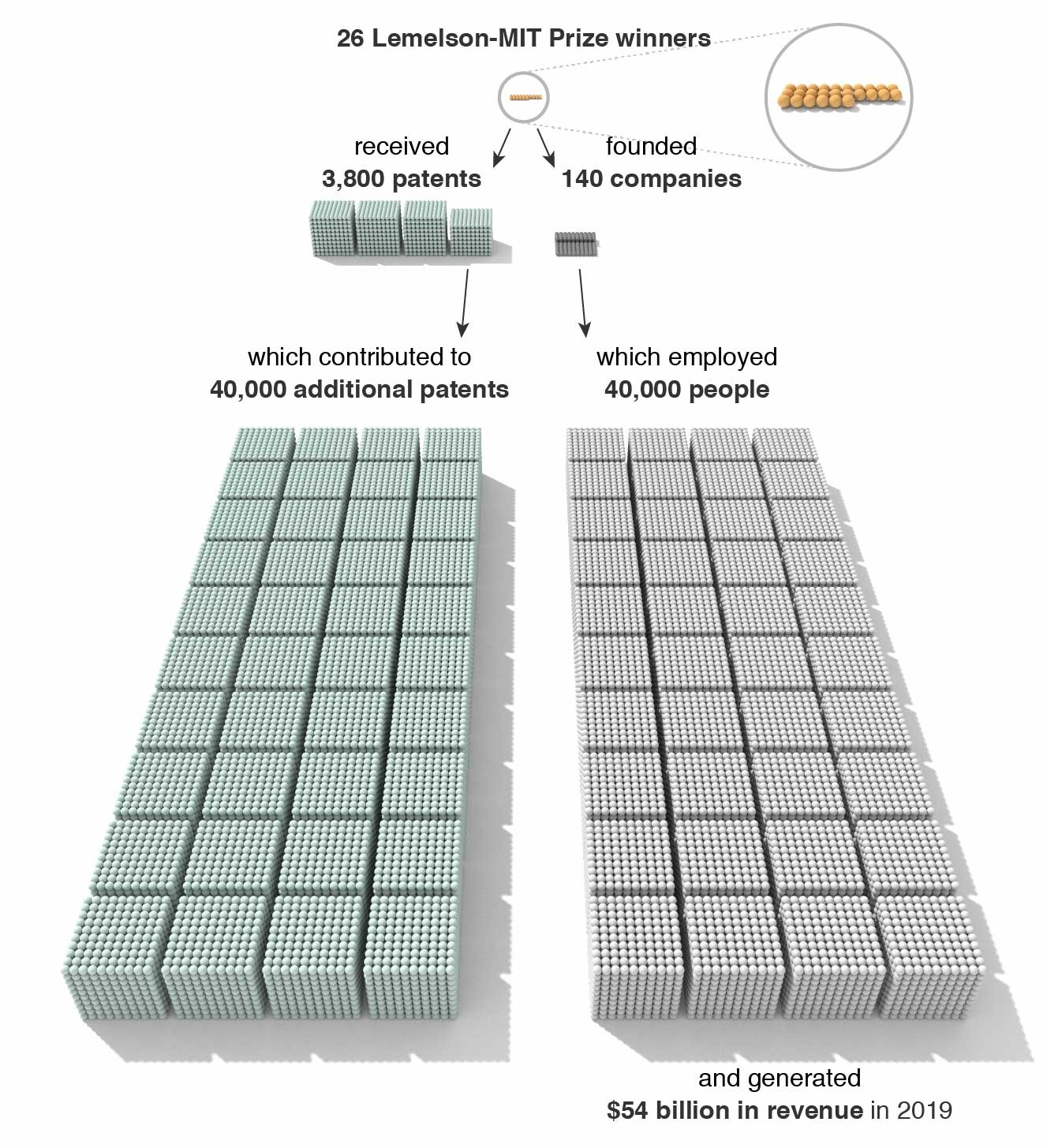 “This is a high-achieving group of inventors, and their impacts were tremendous,” said David Metz, a senior quantitative analyst who co-led RAND's recent project. “Some of the cases we looked at led to entirely new fields, revolutionized science, produced new treatments and therapies, and put thousands of people to work.”

Those findings also provide some idea of what America may have lost by not encouraging more women, minorities, and people from lower-income families to become inventors. Previous studies have estimated that America would have four times as many inventors if those “lost Einsteins” had the same support and exposure to role models as higher-income white men. That represents billions of dollars in missed opportunities.

Some great stories have been too-often overlooked along the way. Everyone learns that Thomas Edison invented the lightbulb. But it was Lewis Latimer, a self-taught Black inventor, the son of formerly enslaved parents, who figured out how to make light filaments that didn't burn out after a few days.

Sangeeta Bhatia—now recognized as one of the most innovative young scientists in the world—said she still feels like an imposter sometimes, like she doesn't belong. She was 19 years old before she met a woman with a Ph.D. in science. In college, she watched other women drop out of engineering classes, one by one. Those who stayed, like her, had a parent, a teacher, or a coach encouraging them, telling them they did belong there.

“I would always overprepare, do extra work, sleep less,” she said. “And then I would collect people who I respected and enjoyed as mentors: my father, my adviser. I don't think I would be a bioengineer without them. There were no female role models that I could see that had the life and career that I wanted at the time.”

Policymakers could help by funding programs and enacting regulatory policies that support the development of inventions and inventors.

The Lemelson-MIT Program awarded its final $500,000 prize in 2019 to an inventor who created a new kind of solar panel that makes drinking water from sunlight and air. The program has pivoted since then to focus on inspiring future inventors and providing the role models that Bhatia never had. RAND's study “gives us data that we can share with the world that demonstrates the power of invention,” said Carol Dahl, who directs the Lemelson Foundation.

It also demonstrates the try-and-try-again spirit behind many of the inventor success stories. The researchers found more than a dozen companies launched by Lemelson prize winners that failed for one reason or another. One awardee, for example, invented an environmentally friendly way to dry-clean clothes—but couldn't get enough financing in the immediate aftermath of the Sept. 11 attacks. “Not everything they touched worked,” RAND's Miller said. “But that's OK. They went back out and started over.”

Policymakers could help by funding programs, and enacting regulatory policies, that support the development of inventions and inventors, RAND's study concluded. That's a finding that would have appealed to one of the most prolific inventors in American history. When he wasn't writing new ideas down in his notebooks, Jerome Lemelson was often defending his patents in court and urging Congress to do more to help young inventors.

Invention “drives our economy, it drives our modern world, our tomorrow,” Bhatia said. “Everything that's happened, that's new, had to be born in someone's mind. Society and humanity move forward by a willingness to do things that we couldn't do before.”

She holds 68 patents. She and her trainees have launched ten companies. But she still considers one of her most important contributions to be an organization she started as a graduate student. The organization, Keys to Empowering Youth, gives middle-school girls a hands-on introduction to science and engineering. The idea is to “get them excited about how cool it is,” Bhatia said—and to make sure they don't have to wait until they're 19 to meet a woman with a Ph.D.