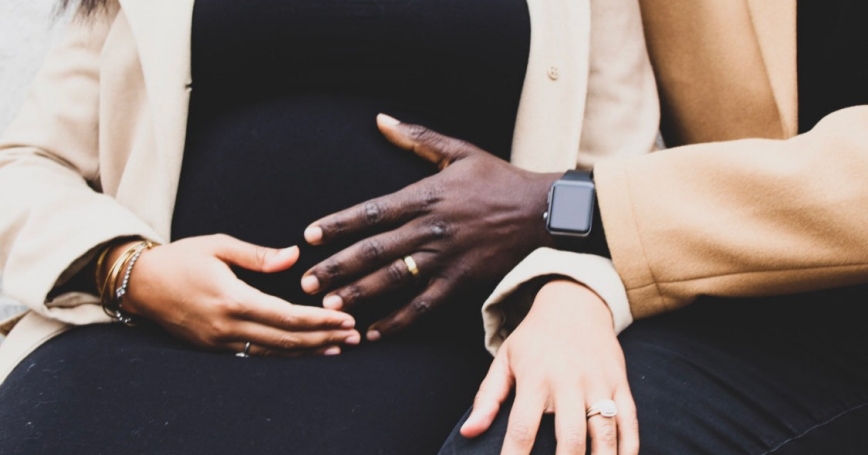 Alysia Davis while pregnant, with her husband

RAND economist Evan Peet had spent his career working to improve infant and child health in developing nations around the world. He was stunned when he saw the numbers coming out of Pittsburgh.

Black babies in the city's most marginalized neighborhoods were dying at rates similar to those he had seen in Nicaragua and the Philippines. It was a local tragedy that spoke to a national failure. Babies in America—and especially Black babies in America—die before their first birthday at some of the highest rates in the developed world.

Peet and other researchers in Pittsburgh set out to do something that had never been done before. They linked birth-certificate information from tens of thousands of babies with electronic health records, social service registries, and neighborhood data points such as poverty rates and air-quality readings. Their goal was to account for every risk factor facing every newborn baby—and to identify the services and supports that would give that baby the best chance to thrive.

“You read about initiatives all over the world to reduce infant mortality by teaching parents about safe sleep or providing them with baby products,” said Peet, a health economist who helped lead RAND's team. “Those may be helpful in some instances, but they're not going to address what's really driving these numbers. For that, we need to look at racism, poverty, these systemic disparities in health and health care.”

The Toll of Stress

Alysia Davis knew the numbers as well as anyone. She had worked for years with Pittsburgh mothers and mothers-to-be as a public health specialist focused on maternal and child health. But when she and her husband began talking about starting a family, she hesitated.

“The medical system here is one of the best in the country, but I knew that, just by being a Black woman, I'd face challenges,” she said. “The accumulated stress of negative interactions—that takes a huge toll on your body. I know there are people who have master's degrees, who have access to health care, who have access to fresh fruits and vegetables, who still had their babies die prematurely. I really had to think about that.”

The Pittsburgh area has more health care practitioners than San Diego, a city with a million more residents. Yet for every 1,000 live births there, three or four white babies, and 15 Black babies, die before they turn 1.

Black babies in some Pittsburgh neighborhoods were dying at rates similar to those in developing economies such as Nicaragua and Philippines.

The numbers nationally are not as stark, but they tell the same story. Black babies are more than twice as likely to die in their first year as white babies. The causes are the same: birth defects, pregnancy complications, premature births, low birth weight. But the known risk factors underlying those causes—maternal health problems, living conditions, stress—increase in step with structural social and economic issues, such as racism and poverty.

The Richard King Mellon Foundation, dedicated to raising up southwestern Pennsylvania and its people, had seen years of well-meaning efforts fail to move the infant mortality rate. It brought together researchers from RAND, Stanford, the Magee-Womens Research Institute, and Children's Hospital of Philadelphia, and gave them the funding to attack the problem at its roots.

“It was clear to us,” Foundation director Sam Reiman said, “that if we were to be serious about reducing infant mortality—in the Black community particularly, where rates are so high, but also for every mother, child, and family who suffers this tragedy—it was not going to be an easy solution.”

Patterns in the Data

In fact, it took the researchers more than a year to gather the data they would need and develop the computing power to analyze them. They linked electronic hospital records with county social service records, layered in census maps, crime reports, even neighborhood information from Zillow. When they were finished, they had thousands of data points on more than 150,000 births in Pittsburgh's Allegheny County between 2003 and 2013.

They didn't have names or other identifying information; only the computers knew who was whom. But they could tell how many mothers had diabetes or depression, lived below the poverty line, or smoked while they were pregnant. They could divide the data by racial demographics, maternal income or education, birth weight, neighborhood characteristics, or pollution levels.

The goal was to account for every risk factor—and to identify the services and supports that would give each baby the best chance to thrive.

That level of detail allowed them to predict an individual risk score for every mother and child, on a scale of 1 to 100. They could also see what services or supports each mother would most likely use, and whether they would make a difference in her child's survival.

So, for example: A 40-year-old mother with no social security number and a history of pre-term births, now in her third pregnancy. Based on those and other risk factors, the models would put her risk as high as 95 percent. They would recommend she start preconception care, such as exams and genetic testing, as soon as possible, and would predict she is 72 percent likely to do so. That care would reduce her risk to a more manageable 52 percent.

A few clear patterns emerged as the researchers looked at the data. They found almost no overlap between women who relied on medical care, like regular prenatal checkups, and women who relied more on home-based or community care, like Healthy Start. That pointed to a wide-open opportunity for hospitals and social service organizations to coordinate their care, to make sure women get the best of both.

The data also showed that nearly half of all infant deaths occurred in the first 24 hours after birth. Safe sleep practices would not have helped them. The time to save those babies was in the months, or even years, before they were born, when the risk factors that would prove fatal to them were first accumulating.

“When a woman is in her last trimester, yes, get her prenatal care and do what you can,” said Dana Schultz, a senior policy researcher who co-led RAND's part of the project. “But you really needed to be doing something in the five years before she got pregnant.”

Hospitals have started to provide nurses with lists of risk factors and effective interventions—both medical and nonmedical—based on the project's data.

Pittsburgh-area hospitals have started to provide nurses with lists of risk factors and effective interventions— both medical and nonmedical—based on the project's data. They're working on a computer dashboard that would put the risk scores and recommendations at a doctor's fingertips. When it goes live, doctors will be able to log in, answer a few questions about a patient, get her estimated risk score, and know what services are most likely to help her and her baby.

With enough time, funding, and data, the same approach could be used in any city or state. It also could be adapted to identify people at risk of developing other health problems, such as cardiovascular disease or diabetes. 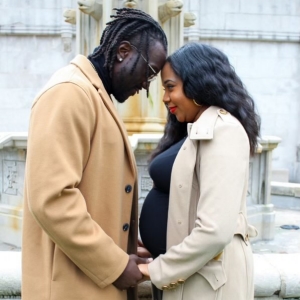 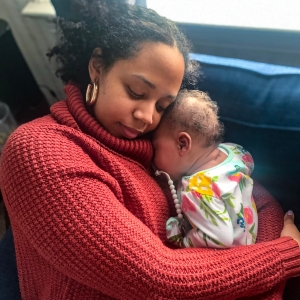 Alysia Davis with her husband and daughter. Photos courtesy of Alysia Davis

Alysia Davis didn't take any chances when she and her husband finally did decide to start their family in Pittsburgh. She worked with a doula, a Lamaze coach; she went to every doctor appointment, asked every question. She shut off her Facebook feed and turned off the news, worried that any extra stress would write itself into the very cells of her unborn baby.

Her daughter was born, healthy and strong, on her due date in January. They named her Imani—“Faith” in Swahili. But Davis still watches her sleep and worries about those one-year statistics. “It's definitely on my mind,” she said. “We're going to have a big celebration when she reaches her first birthday.”