Criminal Justice in the Pandemic Era and Beyond 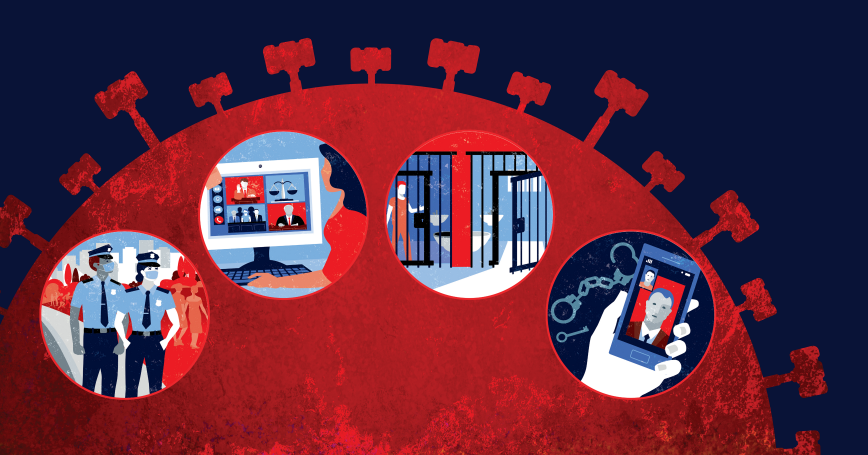 Even as protesters called for change in cities across America last year, a massive experiment was underway that reshaped every corner of the criminal justice system.

Some police agencies scaled back traffic stops and low-level arrests. Courts tried to send more defendants into diversion programs, rather than locking them up. Prisons and jails released people who were awaiting trial or serving minor sentences. The result was a less intrusive, less punitive system of justice—one that dovetailed in some ways with demands for reform, but was brought about more by the demands of COVID-19.

The pandemic forced the entire criminal justice system to adapt and innovate in ways it never had before. Researchers convened a series of workshops with experts and practitioners—police chiefs, prison officials, judges, parole officers—to explore how the lessons of COVID-19 could improve the future of criminal justice. The National Institute of Justice sponsored their work.

“By showing what was possible,” they wrote, the pandemic “opens up new possibilities for the future.” Here's a small sample of those possibilities, and the questions that must still be answered.

As courts shut down and jails tried to reduce their populations, some police agencies scaled back low-level arrests and reduced or fully suspended traffic enforcement. Many workshop participants said they had not seen any subsequent increase in crime tied to those changes. 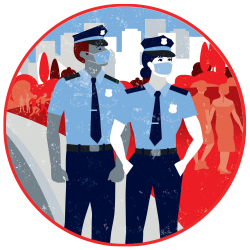 Does evidence support those perceptions that targeted reductions in enforcement had no significant effect on public safety?

How would continuing web-based crime reporting, which expanded during the pandemic, affect public trust in police?

Are there more effective approaches to respond to mental health crisis calls, which increased during the pandemic?

Some courts closed early in the pandemic and then tried to reduce caseloads when they reopened. That resulted in fewer criminal prosecutions and—in some areas—greater focus on diversion programs and other alternatives. 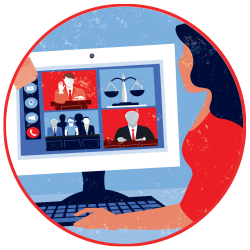 How did court systems in different states and counties respond to the pandemic, and what did those differences mean for their outcomes?

Has the significant reduction in pretrial detention and money bail affected appearance rates?

Was the significantly increased use of virtual hearings during the pandemic associated with different outcomes, such as bail amounts or criminal sentences?

Some jails, and even some larger prisons, expedited the release of significant numbers of incarcerated people to prevent infection. At the time of the workshops, panelists were optimistic that this “massive natural experiment in decarceration” had not resulted in a major increase in crime. 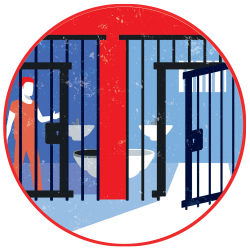 Do crime statistics and other evidence support that view, which could reinforce broader arguments about the need to reduce incarceration in the United States?

How can jails and prisons better partner with local hospitals or other health care providers to prepare for the next outbreak of disease?

Did virtual visits provide a cheaper and more convenient way for families to stay connected?

Parole and probation officers made greater use of online check-ins to minimize physical contact. Those appear to have been less burdensome and provide better access to services, which could make them a better alternative to usual supervision practices. 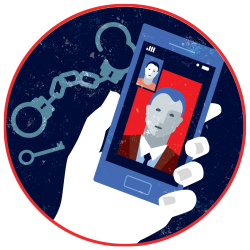 Did virtual check-ins reduce parole or probation violations and help prevent the backflow of people back into the criminal justice system?

How can we best address technological barriers, such as lack of internet WiFi, that could hinder the expansion of virtual supervision?

Did the pandemic-related reduction of drug testing and other in-person supervision affect outcomes?