The Digital Skills Gap: What Workers Need for the Jobs of the Future 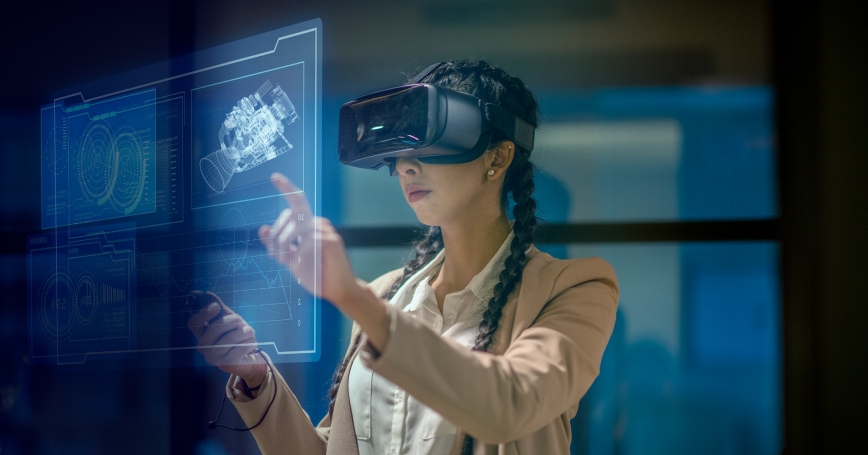 The COVID-19 pandemic quickened the pace of digital development around the world, as everything from meetings to movie premiers went online. That may sound like a silver lining. For tens of millions of workers, it's not.

They don't have the skills to compete. They're the bookkeepers, the data-entry clerks, the executive secretaries, looking for work in a new economy in which the people getting hired have titles like “cloud engineer” or “growth hacker” on their resumes. Without a concerted effort to retrain them, researchers from RAND Europe found, they are likely to be left behind.

And not just them. The cost of that growing skills gap will be measured in trillions of dollars, and it will fall most heavily on places that don't have reliable digital infrastructure, such as internet access, or widespread fluency in digital skills. As the world economy struggles to its feet after the knockdown blow of COVID-19, that skills gap threatens to keep pushing it down.

“There are just not enough people with the right digital skills to enable the transformation that companies are seeking,” said Salil Gunashekar, a research leader and associate director at RAND Europe, who focuses on science and technology policy.

Business leaders have warned for years that what they see on job applications does not match what they need in new employees. Europe's Digital Economy and Society Index recently found that nearly 60 percent of employers are having trouble filling open digital positions with qualified candidates. And yet, pandemic realities have left them no choice: Four out of five global business leaders say they are accelerating the automation of their work.

The major economies of the world now stand to lose $11.5 trillion in potential growth by 2028 if they cannot bridge the skills gap, global consulting and professional services firm Accenture has estimated. India, South Africa, and Mexico will be hit especially hard. So will groups that can least afford the economic loss: women, older people, racial and ethnic minorities, and people living in rural areas.

The World Economic Forum estimates that 85 million jobs could be lost to automation over the next three years across more than a dozen industries. At the same time, it expects 97 million new jobs to emerge that are better adapted to the future of work. On paper, that should be a win. Without a major commitment to retain and retrain existing workers, RAND Europe found, it will be a loss for the employees and a loss for the employers.

The major economies of the world now stand to lose $11.5 trillion in potential growth by 2028 if they cannot bridge the skills gap.

There are no simple fixes here. Companies need to become more agile in distributing and redistributing their existing employees to better meet their needs, rather than trying to recruit their way out of the skills gap. They also need to do more to help those employees learn the technical skills, like coding, and the soft skills, like working in a team, that they need to succeed. National governments can help by investing in vocational programs and other supports for displaced workers.

One important step would be to develop a common “skills language,” the researchers wrote. That would ensure that applicants and employers all mean the same thing when they use a term like “cloud engineer.” That would help hiring managers quickly assess applicants based on the skills they bring to the job, and not just the name of the college on their resume.

Workers, meanwhile, need to change their mindset. Education no longer ends with a high school diploma or a university degree. The skills they have now might not be relevant in a few years. As one tech manager in Canada advised: “Get good at learning.”

There are signs the pandemic drove that point home. The online learning portal Coursera saw course participation quadruple as COVID upended normal life. Those who still had jobs favored courses on mindfulness and meditation. Those who found themselves unemployed were much more focused on shoring up their digital skills. They were taking courses on Python programming, algorithms, and artificial neural networks.