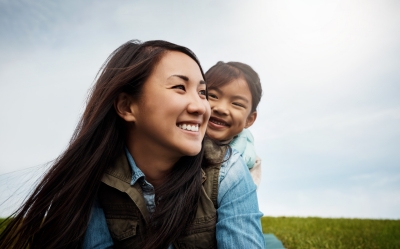 Since South Korea established a constitution in 1948 to introduce legal equality between the sexes, the government has implemented multiple laws and set a new Ministry to promote gender equity. Despite these efforts, the gender pay gap in South Korea is the highest in the OECD. Many may ask, why does gender equity in South Korea lag other OECD countries after the economy has improved? Does the lack of women’s participation in decision making in the parliament, the judiciary system, the private sector, and academia slow down the progress of gender equity? Will progressive family policies (like those in Scandinavian countries) be suitable for South Korea?

The RAND Corporation Center for Asia and Pacific Policy is organizing a public webinar that will take place this fall to convene a multidisciplinary group of opinion leaders, practitioners, and academics to engage in a high-level discussion. The webinar is designed to promote the sharing of innovative ideas and best practices.

The webinar is sponsored by the Korean Consulate in Los Angeles.

Dr. Jisoo M. Kim is a Korea Foundation Associate Professor of History, International Affairs, and East Asian Languages and Literatures. She is a specialist in gender, law, and emotions in Korean history. Her broader research interests include gender and sexuality, crime and justice, literary representations of the law, history of emotions, and gender writing.

Ms. Liz Chung is a Korean licensed lawyer with more than 20 years of experience as a judge in Korea, a private practitioner in international disputes, and an in-house lawyer, first at Microsoft and now at Netflix. Her specialties include international disputes, government/internal investigations, and crisis management. In recent years, Ms. Chung’s interests include growth mindset, diversity and inclusion, and transformation of culture.

You-Jung Lee’s main practice areas are constitutional and administrative litigation and family law. Throughout her career, Ms. Lee has participated as a committee member in several government agencies. She successfully represented local government bodies, including the City of Seoul, in high-profile cases. Ms. Lee has also been active in her support of NGO activities, as evidenced by her role as advisor to the Korea Sexual Violence Relief Center and Korea Women’s Hotline.

Songyee Yoon is an accomplished entrepreneur, innovator and investor, who is well-versed in both technology and business. Songyee has served on the Presidential Advisory Council for Science and Technology for South Korea’s 16th president, Roh Moo-hyun, and the 15th president, Kim Dae-jung. Songyee currently is a chairperson of the Asia Business Leaders Council of the Asia Pacific Foundation of Canada, an advisory board member for the RAND Center for Asia Pacific Policy, and a trustee of the MIT Corporation.

All times are Pacific Daylight Time