The Evolving Legal and Policy Landscape in the United States 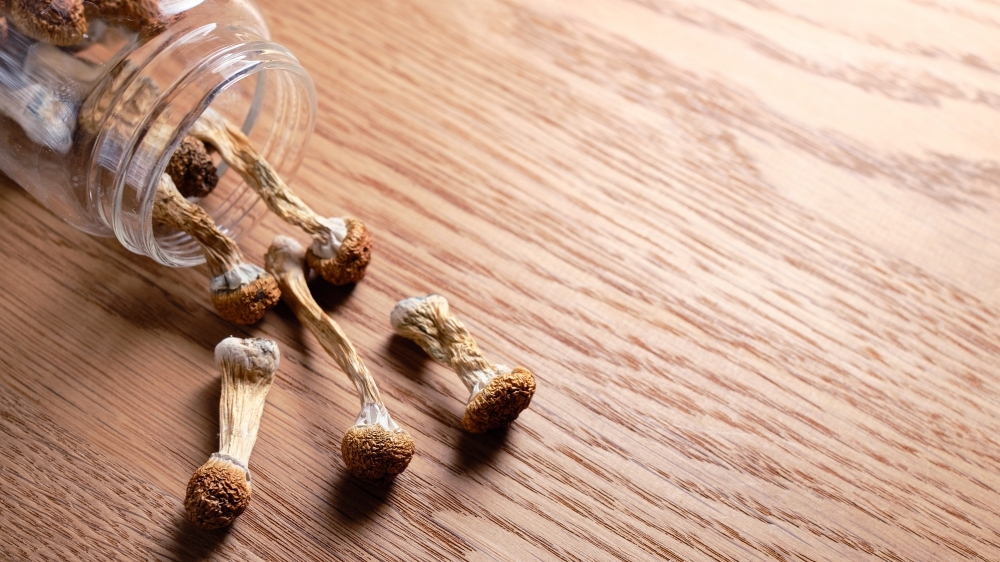 Join the RAND Epstein Family Veterans Policy Research Institute and the RAND Drug Policy Research Center for a discussion about how law and policy on the use of psychedelics are evolving and what that could mean for veterans grappling with mental health conditions.

The past 20 years have seen a resurgence of interest in the use of compounds often referred to as psychedelics to address depression, anxiety, PTSD, substance use disorders, and other conditions—and public sentiment on these treatments is starting to shift. An increasing number of jurisdictions, including multiple cities, three states, and the District of Columbia, have relaxed laws or policies on psychedelics. And some companies are making major investments in psychedelic research, acquiring patents for future therapies, and shaping public discussion.

Our panel of experts will explore what the federal government could do in light of the rapid policy change at the local and state levels, drawing on lessons from cannabis legalization, the latest research on the risks and benefits of psychedelic therapy for veterans with complex symptoms and hard-to-treat mental health conditions, the pros and cons of potential policy frameworks, insights from Oregon’s new approach, and what guidance VA could be providing to patients and clinicians as psychedelic treatments become more mainstream.

This webinar is part of a series of events organized by the RAND Epstein Family Veterans Policy Research Institute to explore pressing policy challenges affecting veterans, their families, and their communities.

Beau Kilmer is codirector of the RAND Drug Policy Research Center and holds the McCauley Chair in Drug Policy Innovation. He conducts research at the intersection of public health and public safety, with an emphasis on crime control, substance use, illegal markets, and public policy. His recent projects have explored the consequences of cannabis legalization (with a special focus on social equity); the future of fentanyl and other synthetic opioids; the effect of 24/7 Sobriety programs on DUI, domestic violence, and mortality; and evidence and arguments about implementing heroin-assisted treatment and supervised consumption sites. Kilmer also facilitated San Francisco’s Street-Level Drug Dealing Task Force and is a recipient of the National Highway Traffic Safety Administration’s Public Service Award for his “leadership and innovation in the areas of alcohol and drug-impaired driving program and policy research.” He has a Ph.D. in public policy from Harvard University.

Angela Allbee joined the Oregon Health Authority Public Health Division as Oregon Psilocybin Services Section manager after working to shape legislative policy for nearly a decade. She was previously a senior policy adviser for Oregon Health Authority Government Relations and served in policy roles with the Oregon Department of Human Services, Oregon Criminal Justice Commission, Oregon House Majority Office, and Oregon Legislative Assembly. Prior to these policy roles, Allbee spent nearly a decade in the nonprofit sector, serving older adults, individuals experiencing disabilities, refugees, asylees, veterans, and survivors of domestic and sexual violence. She was on the VOXAPOD Menstrual Equity Project board of advisers and worked with community members in rural Saint Thomas Parish, Jamaica, to secure water infrastructure through the Access to Safe Drinking Water Project. Allbee has an executive M.P.A. from the Hatfield School of Government at Portland State University.

Paula Schnurr is executive director of the National Center for PTSD in the Office of Mental Health and Suicide Prevention, U.S. Department of Veterans Affairs. She helped found the center in 1989 and previously served as its deputy executive director. Schnurr is a professor of psychiatry at the Geisel School of Medicine at Dartmouth and editor of the Clinician’s Trauma Update Online. She is a former editor of the Journal of Traumatic Stress, and a fellow of the American Psychological Association. The author of more than 300 publications, Schnurr has won a number of awards for her research and contributions to the field of traumatic stress studies. Her research focuses on the treatment of PTSD and the longitudinal effects of traumatic exposure on physical and mental health. She has a Ph.D. in experimental psychology from Dartmouth College.

Brett Waters is the co-founder and executive director of Reason for Hope and co-founder of the Veteran Mental Health Leadership Coalition. Both organizations focus on preventing deaths of despair through policy and advocacy for safe and affordable access to psychedelic-assisted therapy. Reason for Hope is named in memory of Waters’s mother, whom he lost to suicide five years ago during his first year practicing law at Winston & Strawn. Waters played a primary role in drafting the Breakthrough Therapies Act, which was recently introduced in Congress by Senators Cory Booker and Rand Paul, as well as in drafting legislation recently passed in Connecticut to establish an expanded access pilot program for MDMA- and psilocybin-assisted therapy. Waters has a J.D. from New York University School of Law.

Ilse Wiechers is the deputy executive director of VA’s Office of Mental Health and Suicide Prevention. As VA’s national director for psychopharmacology and somatic treatment and associate director of the Office of Mental Health and Suicide Prevention at its Northeast Program Evaluation Center, she led the national clinical rollout of esketamine services, making these treatments available to veterans with the greatest need for depression care. Under her direction, VA’s Psychotropic Drug Safety Initiative saw steady improvement on several evidence-based medication safety benchmarks. Wiechers is a practicing board-certified adult and geriatric psychiatrist with an M.D. and M.P.P. from Duke University and is on the faculty of the University of California, San Francisco, and Yale University. She is an alumna of VA’s Advanced Fellowship Program in Mental Illness Research and Treatment, the Yale Robert Wood Johnson Foundation/VA Clinical Scholars Program, and the John A. Hartford Foundation’s Center of Excellence in Geriatric Medicine and Geriatric Psychiatry Training Program.