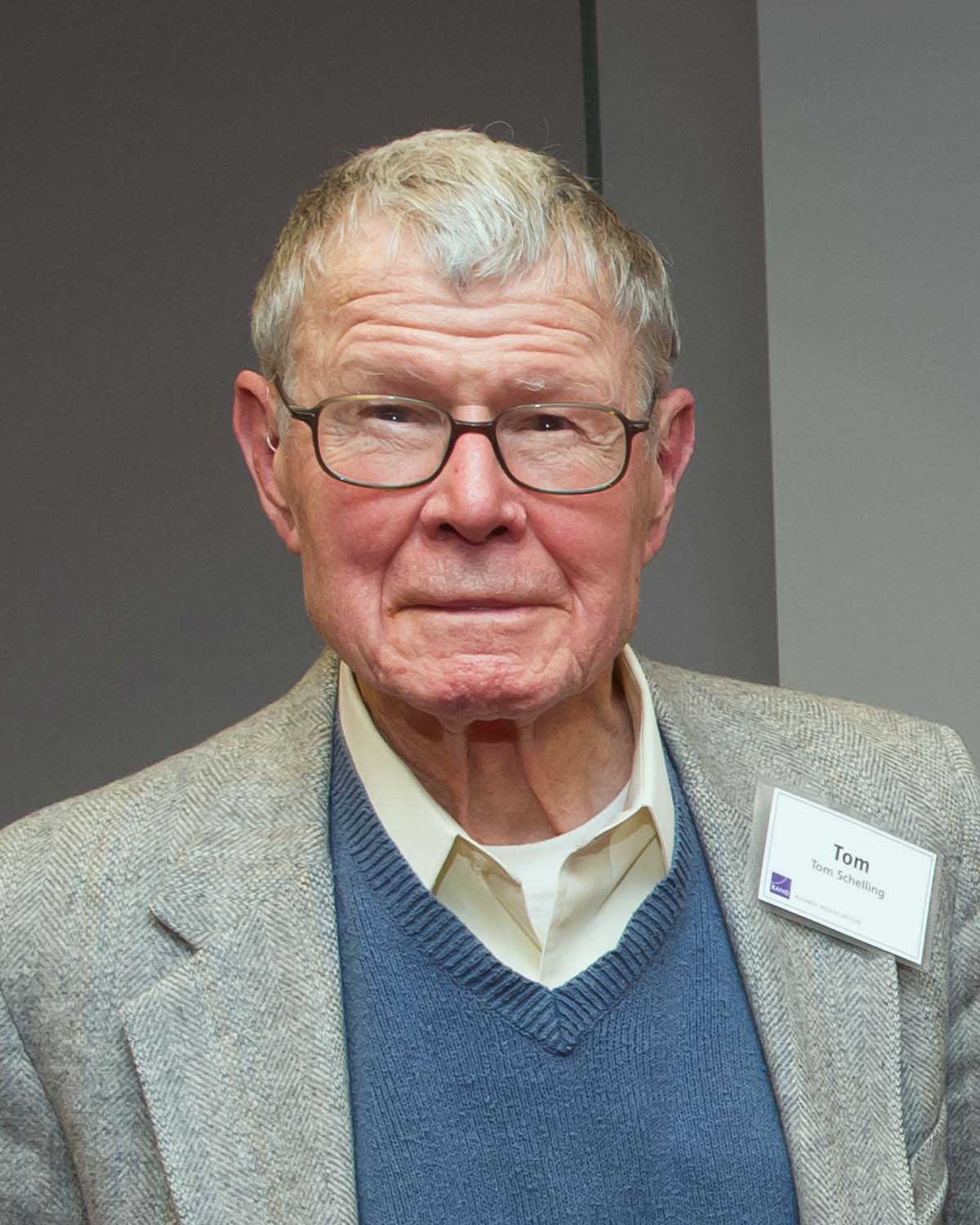 Thomas Schelling, a Nobel Prize-winning economist and longtime RAND consultant whose ideas about conflict and cooperation helped guide American policymakers during the Cold War and beyond, has died. He was 95.

Schelling died Tuesday, the University of Maryland announced. He had been a professor at the school since 1990.

Schelling was preeminent in the field of game theory, which has been used to understand and shape the dynamics in many kinds of negotiations, including labor contracts and arms talks. He was best known as the author of “The Strategy of Conflict,” a 1960 book that applied strategic thinking to practical problems in politics and business. It grew out of his government work—including a brief period helping to carry out the Marshall Plan in Europe—and his research at RAND in the 1950s.

“Thomas Schelling was one of the intellectual fathers of modern game theory,” said Michael D. Rich, president and CEO of the Santa Monica-based RAND Corporation. “His insights into strategic behavior, partly developed during his time at RAND, have influenced experts in many fields and in later years illuminated the struggles in other critical situations such as addiction, racial segregation and global warming.”

In the preface to “Strategy of Conflict,” Schelling wrote that “RAND is more than a collection of people; it is a social organism characterized by intellect, imagination, and good humor. RAND is not responsible for the shapes my ideas have taken…but I hope it will, as a corporation, take satisfaction from its responsibility for some of the ideas taking any shape at all.”

Schelling also wrote influential articles, including a 1960 piece about accidental war that examined fictional accounts of nuclear catastrophe. Film director Stanley Kubrick found Schelling's description of one story, “Red Alert” by Peter George, so intriguing that he turned it into “Dr. Strangelove,” the classic 1964 black comedy about the Cold War, and consulted with Schelling during its filming.

Schelling shared the Nobel Prize in economics in 2005 with another longtime RAND consultant, mathematician Robert J. Aumann. The Nobel committee said the two researchers, who worked independently, had “enhanced our understanding of conflict and cooperation through game-theory analysis.”

Unlike other game theorists, including Aumann, Schelling did not rely primarily on highly abstract mathematical formulations. “I differ from game theorists in that I have been almost entirely concerned with how individuals rationally attempt to influence, not to anticipate, the choices of others,” he wrote in a biographical note for the Nobel committee. “I am more social scientist than logician.”

He was known for his ability to explain the basic concepts of game theory—including credibility, commitment, and threats and promises—in lucid, compelling prose.

“When we speak of deterrence or open-skies arrangements, when we characterize American troops in Europe as a trip-wire, when we give taxi drivers a wide berth because of their supposed indifference to dents, we are deep in game theory,” Schelling wrote.

One of his key concepts was the focal point, which he defined as “each person's expectation of what the other expects him to expect to be expected to do.” Game theorists refer to this type of intuitive decision-making as “the Schelling point.”

The son of a naval officer, Thomas Crombie Schelling was born in Oakland, California, on April 14, 1921. He earned a bachelor's degree in economics from UC Berkeley in 1944 and a doctorate in economics from Harvard University in 1951.

After Harvard, he went to work for the Marshall Plan in Europe and served as a foreign policy adviser to President Truman. In 1953, Schelling left Washington for Yale University, where he began publishing the books and articles that made him a leading figure in game theory.

In 1958, he joined the faculty of Harvard and helped establish its John F. Kennedy School of Government. After retiring from Harvard in 1990, he joined the University of Maryland.

Schelling was associated with RAND for nearly 50 years, beginning in the late 1950s. At RAND he developed the idea of the focal or Schelling point as well as the notion of “probabilistic threat,” a threat that gains credibility by leaving something to chance.

In the early 1960s he chaired a number of interagency committees responsible for nuclear weapons policy, one of which “brought into being the 'hotline' between the Kremlin and the U.S. government,” he wrote in a biographical essay on the Nobel Prize website. He noted that his government work ended when he led a group of Harvard professors to Washington for a meeting with President Nixon's national security adviser, Henry Kissinger, to declare their opposition to the U.S. invasion of Cambodia.

In the 1970s and '80s, Schelling turned his attention to new problems, including addiction, segregation and climate change. He considered global warming to be as critical to the 21st century as arms control was to the 20th century, “namely an immense challenge to 'cooperation and conflict,'” he wrote in the Nobel essay.

Schelling donated his papers to the Pardee RAND Graduate School. He was a longtime supporter of the school, serving on its academic advisory board and as a member of its Board of Governors from the school’s founding, in 1998, to 2003. Over the years, Schelling contributed to the school in another way—by advising a number of students on their dissertations.

His survivors include his wife, Alice; four sons from his first marriage, which ended in divorce; and two stepsons.