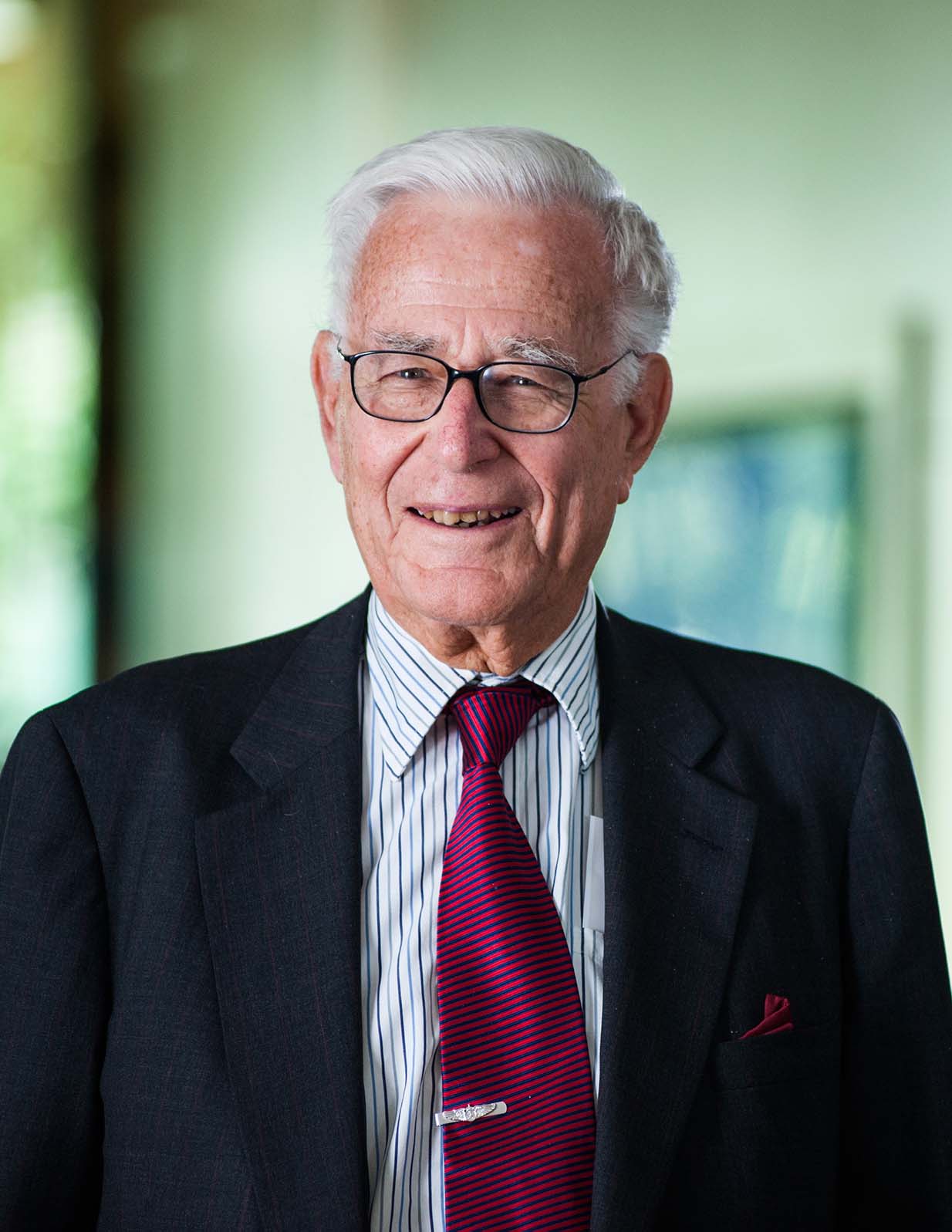 Harold Brown, a nuclear physicist and weapons designer who helped shape America's Cold War-era national security policy during a career that included terms as secretary of defense and secretary of the Air Force, died Friday. He was 91.

Brown, who served on RAND's board of trustees for more than 35 years, was named the nation's eighth Air Force secretary by President Lyndon Johnson and 14th defense secretary by President Carter. His government service spanned the development of sophisticated nuclear arsenals in the United States and the Soviet Union and policies to deter their use and avoid mutual destruction.

“Harold Brown understood, perhaps better than any defense secretary before him, the technological complexities and unprecedented dangers of modern warfare,” said Michael D. Rich, president and chief executive officer of the Santa Monica, California-based RAND Corporation. “He was also an educator and author who made tremendous contributions to the advancement of science and the security of the nation.”

A past president of the California Institute of Technology, he was also a philanthropist. Brown and his wife Colene endowed a faculty fellowship and chair for the study of public policy at the Pardee RAND Graduate School. He was the founding chairman of the advisory board of RAND's Center for Global Risk and Security.

President Carter bestowed on Brown the nation's highest civilian honor, the Presidential Medal of Freedom, and President Clinton gave him the Enrico Fermi Award for achievement in science and technology.

The son of a lawyer, Brown was born in New York City on Sept. 19, 1927. He graduated from the Bronx High School of Science at 15 and received a bachelor's degree in physics from Columbia University at 18. In 1949, when he was 21, he earned his doctorate in nuclear physics, also from Columbia.

In 1950 he moved to Berkeley, California, to work at a nuclear weapons laboratory and contributed to the development of the Polaris missile. By 1959 he was deputy director at another facility, the Lawrence Livermore Laboratory. He became director in 1960, succeeding Edward Teller, the physicist known as father of the hydrogen bomb.

In 1965 Brown became secretary of the Air Force, serving during the difficult period that included U.S. bombing of North Vietnam.

He left government service in 1969 to become president of Caltech. A registered Democrat, Brown was leading that institution when President Nixon tapped him to serve on the SALT I delegation, which secured an agreement with the Soviet Union in 1972 to curtail the production of missiles capable of carrying nuclear warheads.

In 1977 Brown became the first scientist to head the Pentagon, as President Carter's secretary of defense. He was directly involved in the normalization of relations with China and negotiations over the Panama Canal treaties. He helped guide the Egyptian-Israeli negotiations that led to the Camp David Accords and played a major role in crafting the SALT II agreement signed by Carter and Soviet leader Leonid Brezhnev in 1979.

He also played a leading role in the Carter administration's disastrous effort to resolve the Iranian hostage crisis. He later recalled the botched 1980 rescue attempt as the most painful event of his career and blamed it in part on a lack of coordination between the various branches of the military involved in the operation. Eight American servicemen died trying to free the hostages, who were not released until after Carter left office, in 1981.

“The failure to rescue the U.S. hostages still haunts me,” Brown wrote in his memoir “Star Spangled Security,” published in 2012 with Joyce Winslow. “The lesson to keep in mind now, especially as Americans watch the news about turbulence in the Middle East, is that at times political pressure becomes strong enough so that even risky actions appear to be necessary.”

After completing his term as defense secretary, Brown held posts at the Johns Hopkins University School of Advanced International Studies in Washington, D.C. and served on a number of U.S government commissions. He was a longtime member of the Trilateral Commission, which promotes cooperation between North America, Europe and Asia.

He also was a director at major corporations, including Mattel and IBM, and was a partner at the private-equity firm Warburg Pincus until his retirement in 2007.

For RAND, Brown was many things: consumer, client, collaborator, mentor, and, ultimately, trustee and donor. He joined RAND as a trustee in 1982 and remained a member of the board for the rest of his life.