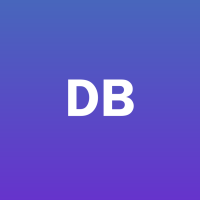 This paper documents a briefing prepared in April 1997 for the senior Army leadership. The analysis reflects conditions and military posture that were current at that time. The Army had requested analysis of a possible policy change, in which the United States would maintain as much of its forward presence in Europe as feasible by rotating units from CONUS rather than by permanently stationing them in Europe. The study aimed to identify the most important adjustments that would be necessary and to assess the feasibility and potential costs associated with the change. Results indicated that it was feasible to rotate units covering about 40 percent of the European force structure. The policy would reduce PCS move rates for specialties in the rotating units (primarily for junior personnel), but it would increase family separation because soldiers would deploy without their families during the six-month rotations. It would also require initial construction costs of more than $700 million; however, those costs would be offset by recurring annual savings in the range of $200-350 million. The briefing also discusses impacts on training and readiness, such as amount of training time available between rotations, turnover of brigades within divisions, and incompatibility of equipment between Europe and CONUS locations.