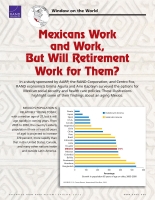 Mexicans Work and Work, But Will Retirement Work for Them?

Window on the World

In a study sponsored by AARP, the RAND Corporation, and Centro Fox, RAND economists Emma Aguila and Arie Kapteyn surveyed the options for Mexican social security and health care policies. These illustrations highlight some of their findings about an aging Mexico.

Mexico’s population is relatively young today, with a median age of 27, but it will age rapidly in coming years. From 2005 to 2050, the country’s elderly population (those at least 65 years of age) is projected to increase 370 percent, more rapidly than that in the United States, Canada, and many other nations inside and outside Latin America. 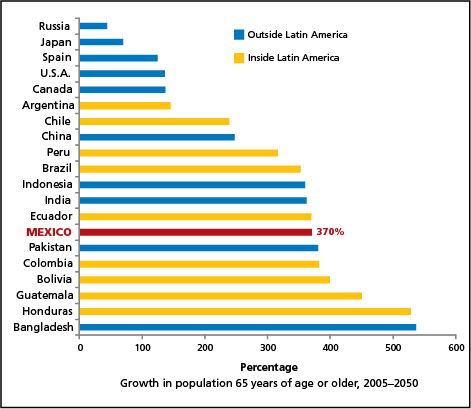 The population structure of Mexico is changing dramatically. In 2005, the number of people 24 or younger was more than 50 million, while those 65 or older numbered 5 million. By 2050, the younger group is projected to narrow to fewer than 35 million, while the older group will bulge to more than 25 million. 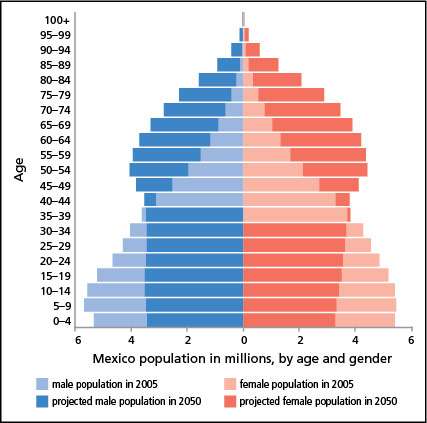 Because of coverage gaps in the Mexican pension system, many Mexicans must work until advanced ages. In 2001, about one-third of income for people in their 70s and nearly one-fifth for those who were 80 or older still came from wages, bonuses, or business income. 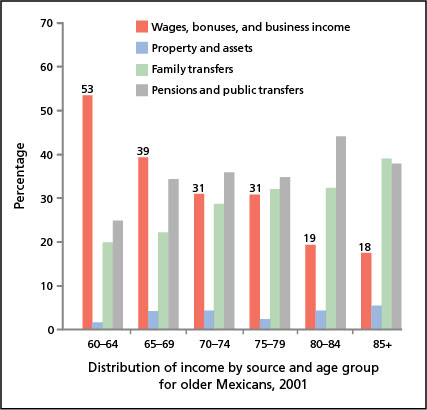 In 2030, the number of Mexicans at least 65 years old per 100 people of working age (15 to 64) will be highest in many central Mexican states. The number of people currently covered by social security also varies widely by state, suggesting the urgency of expanding coverage, particularly in states that will experience the demographic transition sooner than others. 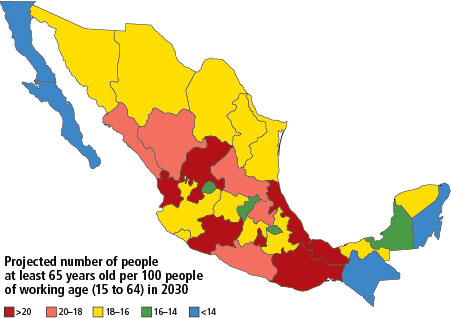