U.S. Control of Contractors in Iraq Is Vital 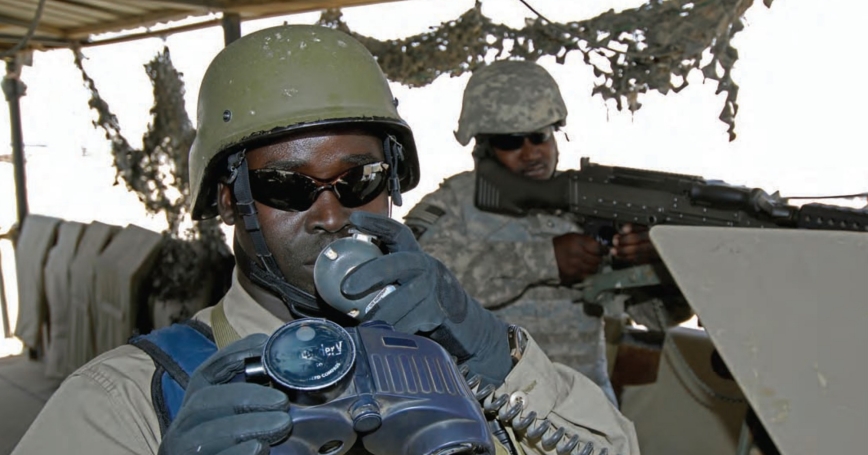 With U.S. troops out of Iraq, the U.S. presence there will fall to 5,000 private security contractors charged by the State Department to guard American diplomatic installations and convoys, provide emergency medical evacuation and rescue U.S. diplomatic personnel if they fall under attack, among other tasks. Are security contractors up to the job?

The experience with private security contractors during the war was fraught with challenges that pose risks now. Iraqis, not surprisingly, hold negative feelings toward security contractors. Hostility peaked in 2007 when Blackwater contractors shot and killed 17 Iraqi civilians and wounded 20 others in Nisour Square.

A recent RAND study titled "Hired Guns," based on a 2008 survey of 152 U.S. military and 807 State Department personnel who had "sometimes" or "often" interacted with armed contractors, found that private security contractors provided critical skills and vital services to U.S. forces throughout the war in Iraq, acting as force multipliers when necessary.

More alarming, a quarter of U.S. military personnel and nearly 40 percent of State Department personnel who interacted with armed contractors had sometimes or often witnessed armed contractors taking unnecessarily threatening, arrogant or belligerent actions while deployed, including throwing water bottles and other objects at local civilians to clear them off roadways.

Some 35 percent of diplomatic personnel who worked with armed contractors in Iraq between 2003 and 2008 reported having to "sometimes," "often" or "always" manage the consequences of provoked or unprovoked actions by armed contractors against local citizens.

So how will diplomatic personnel manage the consequences of private security contractors' actions now? There will be no U.S. troops to act as a buffer between contractors and Iraqi security forces, or any of the many insurgent groups that could rise to challenge U.S. diplomatic power.

Systems put into place over the past few years might provide clues, but some mechanisms developed to help coordination between private security contractors and coalition forces during the war might not be fully transferred to the Iraqi military in the wake of U.S. withdrawal. And language and cultural barriers still exist that could exacerbate problems.

More recently, the U.S.-initiated Synchronized Predeployment and Operational Tracker (SPOT), a Web-based tool that uses scanning equipment to track contractor personnel in theater, helped enable better communication between private contractors and coalition forces. This, too, should stay in place, though the reliability of this new system is unknown.

After the Nisour Square shootings, the United States put video cameras in all convoy vehicles and placed a State Department Diplomatic Security Service agent in most of them. But taken together, these measures might not be enough to keep all problems at bay in the absence of U.S. troops.

Above all, it is important that U.S. officials maintain a close watch over the activities of security contractors in Iraq, adapting policy at the first signs of trouble. To this end, policymakers might seriously consider adopting a detailed contingency plan now that would help deal with any potential diplomatic fallout following incidents involving security contractors in Iraq. As the lessons of the war have shown, such incidents are not unlikely.

Molly Dunigan is an associate political scientist at the RAND Corporation, a nonprofit institution that improves policy and decision-making through research and analysis.

This commentary originally appeared in The Hill on February 1, 2012. Commentary gives RAND researchers a platform to convey insights based on their professional expertise and often on their peer-reviewed research and analysis.