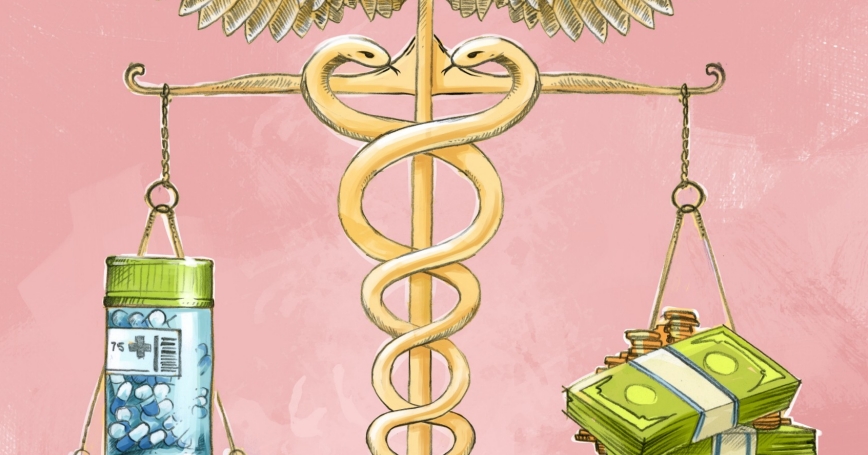 In the May issue of Health Affairs, two teams of Harvard researchers asserted that the recent slowdown in health care spending could be the beginning of a trend that will lead to decreased health care costs. Their optimism is sharply at odds with the bleaker assessments contained in a recent Kaiser Family Foundation analysis, a related commentary from KFF President Drew Altman, and an NEJM Perspective by Stanford University economist Victor Fuchs.

Resolving the question of whether or not the United States has finally gotten a handle on health care spending is vitally important, because the choices we make going forward will have profound implications for our economy, the financial wellbeing of millions of American families, and ultimately America's standing in the world.

Whether steep growth of health spending resumes or not, the amount of money we already devote to health care is so huge — roughly $2.8 trillion per year — that it is crowding out other national and state priorities. In addition to fueling our national debt, the last 12 years of spending growth wiped out the income gains of middle class families. If health care had grown at the same rate as the consumer price index, a typical middle class family of four would have had an extra $6,000 to spend in 2011 alone. But because this income was consumed by our health care, it was not available for other family priorities such as housing, education, and child care.

The spending predictions reported to date are so divergent that it seems who is reading the tea leaves matters as much as the pattern left on the bottom of the cup. But regardless of which view you favor, it is likely that the ultimate trajectory will be determined by four forces that are moving inexorably, like tectonic plates, to shape the future landscape of American health care.

Most experts believe that the next 3-5 years will determine the success or failure of the Affordable Care Act. Although implementation is well underway, many of the most important elements of the law — those designed to dramatically expand coverage — will start playing out next year. The magnitude and complexity of the task would be daunting in the best of circumstances, and that is far from reality today. The ACA is bitterly opposed by a majority of the U.S. House of Representatives, which has done everything in its power to repeal the law, hinder its implementation, and otherwise assure its failure. The reception in many states hasn't been much better. At present, roughly half of the states are opting out of Medicaid expansion. Twenty-six intend to default to the federal government to operate the state's health insurance marketplace, also known as an exchange. At this point, there's an enormous amount of work to be done and precious little time to do it.

Equally concerning, many members of the public are confused about what the law means for them. Consider the following quote from a NPR newscast:

According to a new poll by the Kaiser Family Foundation, 80 percent of people don't know whether their state is going to expand Medicaid under the law, a huge piece of the health care changes coming down the pike…Half of people don't know whether their states are going to be setting up so-called health exchanges, and half of people think the law gives undocumented immigrants health care subsidies — it doesn't. The poll also shows that 40 percent of people still think the government is going to set up death panels to decide if someone gets heath care when they're dying — it won't. To further illustrate confusion about the law, 70 percent of people said they like the initiatives in the law when they were asked specifically about each one, but only 37 percent of people said they liked the law itself.

The sheer complexity of our health care system is another challenge. In fact, relentless growth of health care spending and its adverse effects on employment existed long before the ACA was enacted. It is possible that spending growth would be worse today if the ACA had gone down in defeat. Moreover, the ongoing political battle over the fate of the ACA tends to obscure the fact that this law — the most sweeping health care legislation enacted in the past 50 years — reaffirmed America's commitment to a market-based health care system, financed through a mix of public and private insurance plans, and largely delivered by private health care providers.

The problem with this approach is that American health care doesn't follow the rules of a normal market. This idea was first advanced in 1963 by Kenneth Arrow, a Nobel Prize-winning economist. Arrow noted that medical care differs from normal markets because the seller (i.e., the health care provider) has vastly more information about the product being sold than the buyer (patient).

“Information asymmetry,” as Arrow and his fellow economists call it, allows the party with more information to exploit the party with less. Examples abound in the health care industry. Although the internet and social media have provided modern consumers with greater access to information than ever before; the bewildering number of websites and the variable quality of information has left many consumers confused. As a result, many patients still look to their personal physician, a trusted family member, or a friend for advice. Sometimes this works; sometimes it doesn't.

As newly insured Americans begin the challenging task of selecting a health plan, finding doctors, and determining which treatment option or options is best for them, the need for objective information will grow. Some of us will turn to trustworthy sources, such as the website of a federal or state agency or the nonprofit Consumer Reports. Others will consult the website of their health plan, health system, or an industry-backed patient advocacy organization. Some will hire a “patient navigator” to provide them with personalized service. Those who lack the wherewithal or resources will take what they can get.

The third big trend is the growth of employer cost-sharing. After years of incremental change through the introduction and gradual escalation of copays and deductibles, a growing number of employers are encouraging as many employees as possible to switch to high-deductible health plans (HDHPs), also known as “consumer-directed” health plans. The most stringent HDHPs carry annual deductibles of $1,000 or more per family member. RAND recently examined the impact of HDHPs on family health care spending and determined that families that switched into one of these plans spent about 18 percent less on health care in the first year of enrollment than those that stuck with a more traditional plan, after adjusting for other between-group differences. Unfortunately, families that selected a HDHP didn't just cut back on useless care, or opt for cheaper generic drugs; they also reduced their contacts with health care providers and use of high-value preventive services. As more employees switch to HDHP plans (either by choice or because it's the only option they're offered), they'll need trusted sources of information to help them identify safe ways to limit their out-of-pocket health care spending. If they make the wrong decision, such as cutting the dose of a vital medicine or delaying badly-needed care, they could end up sicker and more costly to treat.

The fourth trend, one that could drive spending higher or lower depending on how it plays out, is innovation. It's telling that in their Health Affairs papers, both Harvard teams cited less rapid development of “blockbuster” drugs and slower introduction of costly technologies as positive factors in the moderation of health spending. In other sectors of our economy, a slowdown in innovation is a bad thing, because innovation almost always lowers the costs of production. In health care, the opposite is true. It's not because medical developers lack imagination — they are amazingly creative. It's because incentives are currently aligned to reward the development and marketing of highly expensive drugs, biologics, devices, and tests rather than highly effective technologies that could improve health at lower cost.

It's far too soon to declare victory over health care spending. It's equally clear that our health care system can't outgrow the economy forever. However, in the absence of effective counterweights, the players that currently dominate America's health care marketplace (doctors, health systems, insurance plans and manufacturers) will continue to seek advantage over each other to secure a larger share of revenue. Even Medicare, the biggest payer of all, lacks the legal authority to drive better bargains for its beneficiaries and American taxpayers. In highly competitive markets, advantage is rarely given away; it must be won.

That's why I believe that our best hope is to make American health care a more functional marketplace than the one we have today. Thirty years of RAND Health research suggest that this can best be accomplished by: 1) fostering efficient and accountable providers; 2) engaging and empowering consumers; 3) promoting population health; and 4) incentivizing high-value innovation.

“Bending the cost curve” isn't good enough. We must flatten it. If we fail to foster a truly competitive marketplace, health care will progressively consume our nation's economy. The best way to prevent this from happening is to ensure that health care providers are accountable, consumers have the information they need to make good decisions and innovators are incentivized to create high-value products and services. It's the American way.

Arthur Kellermann is the Paul O'Neill-Alcoa Chair in Policy Analysis at the RAND Corporation.