We're Close to a Good Deal with Iran. Why Sabotage It? 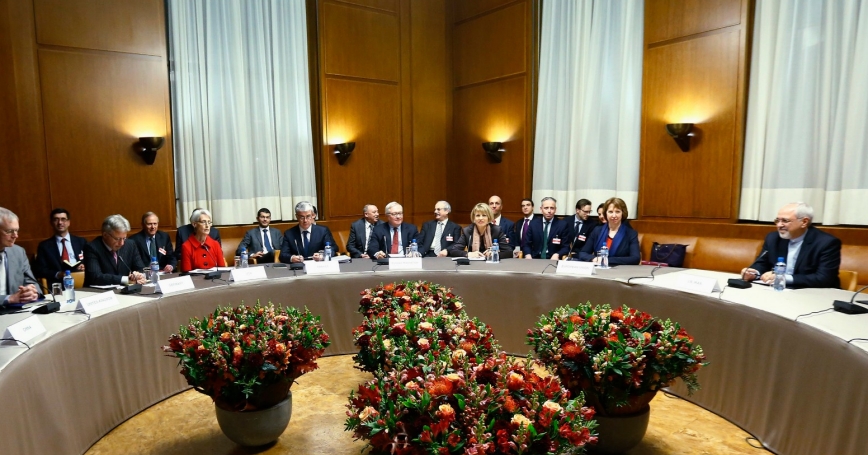 The details of a first step in a comprehensive deal with Iran have not been made public. Both the P5+1 (U.S., UK, France, Russia, China and Germany) and Iran have managed to keep them a secret, fearing that hardliners on both sides may try to sabotage the deal before an agreement is signed. However, this has not prevented those with maximalist positions on the nuclear program, including Israeli prime minister Benjamin Netanyahu, from opposing the first step. Netanyahu, among others, has demanded that the entire Iranian nuclear program be dismantled, and has encouraged the U.S. Congress to pass more sanctions against Iran. According to media reports, it appears that Iran and the P5+1 are close to agreeing for Tehran to suspend major aspects of its program, including the enrichment of uranium to a medium level of 20 percent, and installation of more advanced centrifuges, in return for reversible and limited easing of sanctions, including allowing Iran to export petrochemicals and access oil revenue frozen by sanctions.

Critics of the first step claim that it gives Iran too much without anything substantial in return. They are wrong. Sanctions against Iran will only be lifted under a final comprehensive deal in which Iran rolls back its program. The sanctions regime itself would not be weakened in the first step, as access to limited funds and additional exports (estimated in the range of $6-10 billion) will not fix Iran's declining economy, which will continue to suffer even after an initial agreement is reached. Iran is now earning from its oil less than half of what it did before the worst of the sanctions hit. The first step of the current deal under discussion will not change that, since Iran's oil exports will not increase; but it may be enough for Iranian President Hassan Rouhani to sell the deal at home. Given the past decade of Iranian intransigence, Tehran's adherence to the first step could be a great victory for the United States and the entire international community. So why are the maximalists against it?

A potential nuclear deal between Iran and the United States has caused a lot of anxiety for U.S. allies, notably Saudi Arabia and various Persian Gulf states, but primarily Israel. The sources of anxiety are understandable. Israel is a geographically small state with many enemies in the Middle East. Its powerful conventional military and stockpile of nuclear weapons make it the regional Goliath. However, this does not erase Israel's vulnerability to even one nuclear bomb, which could devastate the entire country. Netanyahu may have adopted a maximalist position in order to enhance Israel's interests in the nuclear negotiations. He may secretly believe that Israel can live with a limited amount of enrichment capability, but wants to make sure Tel Aviv drives a hard bargain. Or he may truly believe that the entire Iranian program should be dismantled. Let us assume the latter is true; Netanyahu feels he cannot tolerate even a limited Iranian capability....

This commentary originally appeared in The National Interest on November 20, 2013. Commentary gives RAND researchers a platform to convey insights based on their professional expertise and often on their peer-reviewed research and analysis.