Reauthorizing ESEA: What We Know and Where We Should Go with School Improvement 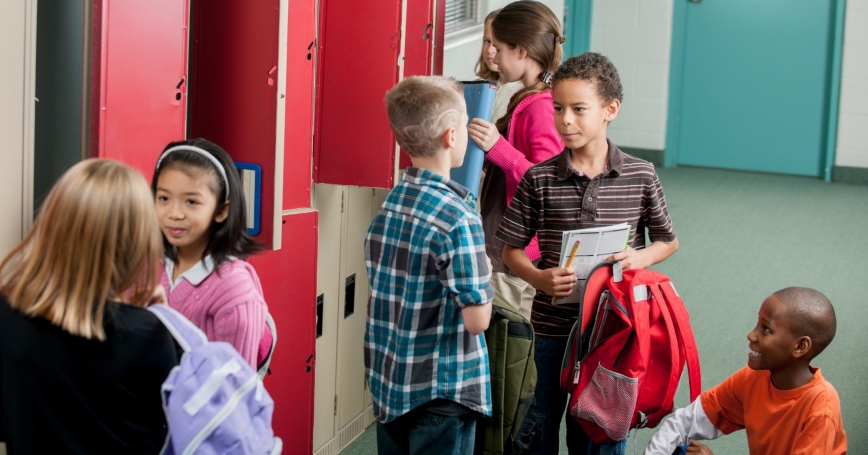 Across the United States, too many schools have persistently failed to improve student achievement over years, and often decades. Some of the more controversial provisions of the Elementary and Secondary Education Act (ESEA) have been aimed at improving such persistently low-performing schools. However, ESEA's prior attempts to improve these schools have often fallen short. Research consistently points to three challenges that undermine school reform: selecting effective reform approaches, ensuring that these approaches align with needs, and securing the commitment of effort and focus required for reforms to succeed. Since 2002, when No Child Left Behind (NCLB, the most recent authorization of ESEA) was enacted, federal laws and policy have attempted to address these challenges. Although the next phase of school improvement policy may look very different from the last, future efforts for school improvement can benefit from lessons learned.

A critical aspect of school reform is selecting an effective approach to bring about improvement. NCLB is peppered with over 100 references to requirements for “scientifically based research,” with consistent emphasis on choosing reform approaches that have been proven effective in rigorous research. The U.S. Department of Education has supported this drive for evidence-based decisionmaking with the What Works Clearinghouse (WWC), a multimillion dollar initiative that offers reviews of the evidence of intervention effectiveness, researcher-practitioner grants to help expand the evidence base, and related resources.

Despite efforts like WWC, the specific school reform models promoted under NCLB and subsequent federal efforts, such as Race to the Top and the School Improvement Grants (SIGs) under the American Recovery and Reinvestment Act, vary in their evidence bases. Some features of these models build on strong evidence, such as SIG models that focus on effective teachers and school leadership; decades of research show that, respectively, teachers and principals have the highest and second-highest within-school influence on student learning. Unfortunately, some other features, while appearing intuitively sound, do not yet have strong research backing. For example, there is no strong evidence base to support closing ineffective schools and sending students to other schools.

Identifying an effective model is not sufficient if it is done out of context, because a reform approach that is effective in one situation may not be effective in others. For example, a school that has a strong professional teaching community might benefit from a reform that engages teachers in collectively redesigning instruction, while a school where teachers have historically worked independently might need a reform that guides teachers towards collaboration around instruction. Furthermore, schools using externally developed reform models or programs may need to adapt the model or program to fit the school's needs. For example, if a school that has many English language learners (ELL) adopts a reform model that focuses on reading skills, the school may need some additional reading or language supports, such as hiring instructional aides with ELL experience, to help students benefit from the model. Adapting externally developed models requires a delicate balance that fits the model to the specific context and preserves the key parts of the model that contribute to its effectiveness.

A third critical aspect of school reform involves committing to and carrying out major change. Too often, what is actually implemented is much less intensive than what was intended by federal policy. Given the option, schools and districts tend to choose the least-intensive reform approaches, which unfortunately also tend to be the least effective. Under NCLB, one of the five available reform models essentially allowed schools to continue current practices with modest changes, and over 70 percent of schools identified for comprehensive improvement chose this model. Responding to this failure, the next major federal school reform initiative—the SIG program— included more prescriptive conditions, and grantees were required to adopt one of four models, all of which mandated comprehensive staff, programming, and management changes. Nevertheless, SIG models also vary in intensity—the most intense calls for the school to close and send students elsewhere—and 90 percent of SIG schools adopted the least intensive of these models, enabling them to make much less demanding changes. Effective policy must communicate the message that school reform is hard work and support the substantial, sustained effort it requires.

After more than a decade of active federal engagement in school reform policies that emphasize comprehensive, research-based approaches, the driving force for school improvement appears to be shifting from the federal to the state and even district level. Current proposals for ESEA reauthorization provide more state-level autonomy in identifying low-performing schools and setting direction for improvement. Federal legislators might consider some of the lessons from the last 13 or more years as they consider how to direct ESEA resources to states for their school reform efforts: