El Chapo's Prison Escape Should Come as No Surprise 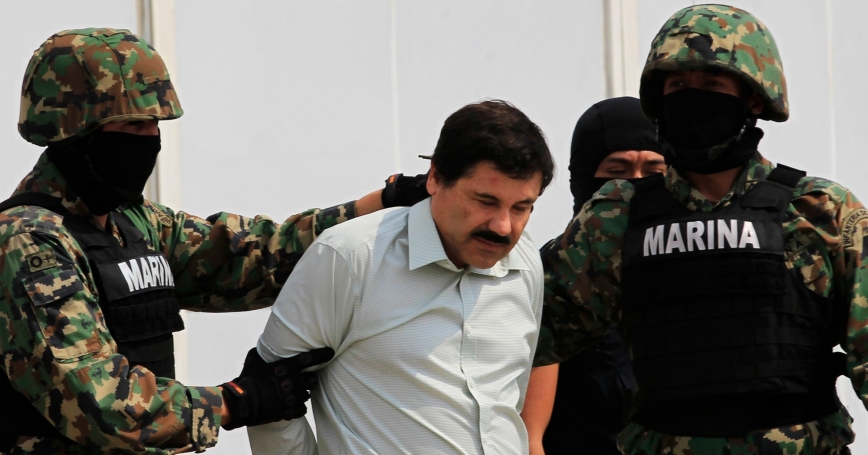 This isn't the first time Joaquín “El Chapo” Guzman has escaped from prison. In a 2001 jailbreak, a maintenance worker rolled the infamous Mexican drug lord to freedom in a laundry cart.

But the most recent escape, in which El Chapo fled via a mile-long tunnel, has captured the world's attention.

This may be because the escape tunnel has been a mainstay in film, including such classics as “The Great Escape” and “The Shawshank Redemption.”

But El Chapo's underground escape is a predictable twist. His Sinaloa Cartel and similar criminal organizations have long used tunnels to literally undermine security along the U.S.-Mexico border.

El Chapo's great escape is a potent reminder that illicit tunnels aren't some relic from a Victorian-era bank robbery.

Tunneling is well suited to this environment. Adjacent “twin cities” — such as El Paso and Ciudad Juarez — dot the U.S.-Mexico border. Buildings in one country may sit just yards away from those in the other, so relatively short tunnels can connect them. Some of the cities even share stormwater systems that tunnelers can exploit as part of their underground routes.

In other locations, manufacturing and distribution enterprises along the border can facilitate tunneling. Warehouses and factories are often set up on opposite sides of the border to accommodate goods that are moved across the border legally. Drug traffickers can then take advantage of these sibling buildings by tunneling beneath the border, avoiding inspection and popping up on the U.S. side. The wares can be removed relatively safely, either because the traffickers control the building or employ insiders who conceal the contraband.

The dozens of drug tunnels that U.S. authorities have discovered vary in size and sophistication. Some were built with hand tools, others with advanced machinery, showcasing Mexico's longstanding expertise in mining. Sometimes tunnelers even install amenities, such as the lighting and ventilation in El Chapo's tunnel.

Tunneling presents challenges; chief among them is controlling the precise, three-dimensional route. (Imagine if El Chapo's escape tunnel had emerged in the guards' quarters instead of his cell.) A tunnel that is dug from both sides inward risks not connecting in the middle. Tunnelers also need to continually shore up their tunnels to prevent collapse and address the risk of flooding.

Use of such prison escape tunnels isn't limited to Mexican cartels. Members of the Taliban dug out of an Afghan prison in 2011, helping about 500 escape. (This received less attention than El Chapo's stunt, but it represents an important defeat and an ongoing risk in that region.) Moreover, although wartime tunneling typically receives little attention, it has often played a major role in both ancient sieges and present-day conflicts. During last summer's fighting in Gaza, for example, Hamas sought to use tunnels to launch surprise attacks behind Israeli lines.

El Chapo's great escape is a potent reminder that illicit tunnels aren't some relic from a Victorian-era bank robbery. Tunnels can undermine the ability of authorities to control critical boundaries, whether they're prison walls or national borders. Technical advances in tunnel-detection technology are critical to countering the threat, along with greater focus on using such technology effectively.

This commentary originally appeared on Fox News Channel on July 24, 2015. Commentary gives RAND researchers a platform to convey insights based on their professional expertise and often on their peer-reviewed research and analysis.