Junk Food: Why People Can't Control Themselves and What to Do About It 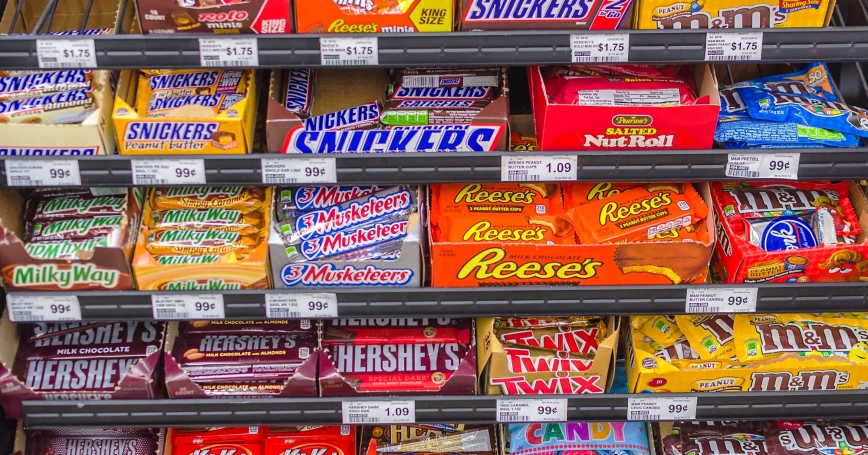 Even though most Americans know too much junk food is unhealthy, 90 percent consume more than experts recommend. Why? A significant underlying cause is aggressive marketing.

Americans consumed far less junk when it wasn't so widespread. Consumption accelerated when marketers discovered they could stimulate “impulse buys” just by increasing junk food availability or salience through vending machines, at cash registers, and on end-aisle displays.

Now, junk food is so visible where consumers shop for food and in so many non-food retail outlets—hardware stores, bookstores, car washes, offices—that it's difficult for people to avoid encountering it wherever they go.

Because humans evolved in an environment of scarcity, they're naturally drawn to foods that pack a lot of calories. They also reflexively pay more attention to food than most things in their environments. And the sight of food—especially tempting items high in salt, sugar, and fat—whets the appetite, automatically eliciting sensations of hunger and leading to greater consumption.

Marketers know this and have exploited many psychological techniques to trigger responses to junk food. Branding, for instance, is a modern application of classical conditioning. Like the bell Pavlov's dogs associated with dinner, salivating when they heard it, familiar logos or packaging can amplify human response to junk food.

These reactions are lightning-fast and automatic. People often find themselves reaching for junk food, then regretting they partook when they never intended to.

Granted, marketers employ branding to sell many different kinds of products—not just junk food. The difference, however, is most of those products aren't contributing to the U.S. obesity epidemic and the tidal wave of chronic disease that's come along with it.

Technology is another tool in the marketers' belt. They use eye-tracking to design packaging and choose images and fonts that reel consumers in. By observing how the eyes view and focus on images, advertisers evaluate and increase the power of their designs. People don't have full control over their gaze and cannot ignore cues and images around them. Senses work constantly and automatically. They're the vehicle through which advertisers exercise control in subtle ways.

Most people don't want to become overweight or obese. Few want to suffer from chronic diseases, like diabetes and hypertension. In theory, everyone should be able to resist marketing that calls attention to junk foods that, if consumed in excess, can make them sick.

But with more than 90 percent of Americans overindulging, it's probably time to examine a new theory.

Stakeholders should begin addressing the marketing strategies that have contributed to undermining the American diet for the last 30 years and begin considering policies that would reduce junk food's salience. For example, regulations could prohibit candy at the cash register and chips and soda on end-aisle displays. Moving these products to a different area of the store, on shelving above or below eye level, won't prevent anyone who really wants junk food from getting it. But it may help someone who wasn't intending to buy junk food leave the store without it.

Such policies would be important first steps in helping Americans avoid the nagging feeling that they need a snack, when what they really need is a break from junk food.