A Better Deal for Iran 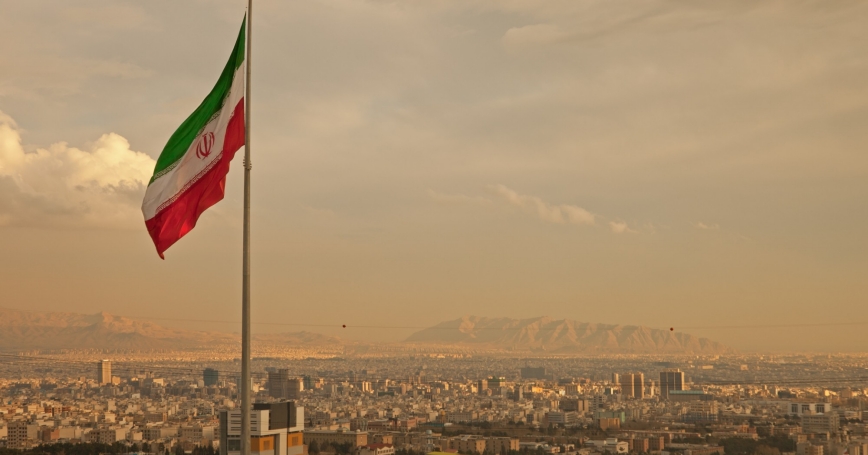 One of the latest arguments circulating against the Vienna nuclear deal with Iran is that the consequences of Congress rejecting the deal won't be that significant and that voting the agreement down now could lead to a “better” deal later. In this view, those typically voicing concerns about the “mad mullahs” in Iran suggest that if Congress were to reject the deal, Iranian leaders would be perfectly rational and fulfill their extensive commitments to limit Iran's nuclear program under the Joint Comprehensive Plan of Action (JCPOA) because they would still seek international sanctions relief and could get this even if the United States were out of the deal. Another version of this argument suggests that European sanctions will remain in place if Congress rejects the deal so the United States and Europe could together pressure Iran toward an agreement with stronger terms.

But some inconvenient facts get in the way of these cost-free scenarios being offered to members of Congress who may be on the fence or looking for justifications to vote against the deal without appearing to reject a diplomatic solution agreed to by six world powers and Iran after years of tedious negotiations.

For one, this argument presumes that Iran's calculations won't fundamentally alter in response to a congressional rejection. But if Congress rejects the deal, Iran would have no incentive to take the steps required by the JCPOA because it would automatically be facing the continuation of secondary U.S. sanctions. The resolution of disapproval pending in Congress is written explicitly to deny the president the ability to waive U.S. sanctions against firms doing business with Iran. With U.S. secondary sanctions in place following the congressional rejection, why would Iran start dismantling its program and wait on even more demanding requirements from the United States and Europe?

Furthermore, European firms would not risk re-entering the Iranian market with secondary sanctions in place because, as lucrative as investments in Iran might be, most European firms would not jeopardize business with the United States for business with Iran. So critics of the deal are right—sanctions would remain in place, but Iran would have zero incentive (or requirements) to restrict its nuclear program as mandated by the JCPOA. It could simply return to its dangerous pre-interim agreement centrifuge numbers and enrichment levels because it would face sanctions from the United States and Europe either way.

To make matters worse, even though the Europeans may still be on board with sanctions (by default more than by design), many key powers in the rest of the world are not likely to remain part of the sanctions regime if it's the United States rather than Iran that walked away from the deal. Many critical international powers—China, India, Turkey, Korea, Japan—limited their oil imports from Iran and supported multilateral sanctions because there was a viable diplomatic process in place to solve the Iranian nuclear issue. Pulling together and maintaining such a coalition was a remarkable diplomatic achievement itself, one advocated across the political spectrum in the United States.

While none of the P5+1 countries (China, France, Russia, the United Kingdom, the United States and Germany) wants to see a nuclear-armed Iran, they are certainly not going to carry the same expectations as the United States Congress as to what constitutes sufficient Iranian concessions for a “good” deal. They already supported a deal that was good enough for them and good enough for Iran. The toughest restrictions in the Vienna deal were not being pushed by China or Russia—they were included because of American and European concerns, which kept Israeli interests in mind much more than the non-Western parties. Russia and China may also develop different interpretations of United Nations Security Council resolutions restricting trade with Iran in an environment where the United States rejected a diplomatic deal accepted by most of the rest of the world and Iran.

So the practical result of a congressional rejection would be that Iran would likely resume trade with these key powers while not being bound by the extensive restrictions and intrusive inspections required by the JCPOA. Is the United States really ready to add a new trade war with China to its bilateral agenda by penalizing companies doing business with Iran after it was the United States that walked away from the deal?

So to summarize the practical effects of a congressional rejection based on political and diplomatic realities, Iran would get to reap some of the economic benefits of the rejected deal while paying a much lower price in nuclear restrictions. To be sure, Iran won't gain as much as it would if the JCPOA were implemented, and it would not gain the big prize of European investment in the Iranian economy. But Iran would still get benefits from resumed normalized trade with other key world economies outside the West. That's not optimal for Iran, but it's not a bad plan B, especially considering Iran would not face any serious constraints on the expansion of its civilian nuclear program outside the limitations of the NPT.

The critics of the Iran deal may be right that rejecting the deal won't necessarily bring about a war with Iran tomorrow, although the potential for conflict escalation will be higher with the breakdown of U.S.-Iranian engagement and communication. Periods of high political tension in the past have led to dangerous standoffs between Iranian and U.S. naval forces in the Gulf waters and particularly the Strait of Hormuz, for example.

It is critical for lawmakers to understand there will be serious consequences for rejecting the Iran deal. And those consequences look a lot worse for the United States and its partners than for Iran. If anyone is going to get a better deal than the one being debated today, it would likely be Iran, not the United States.

Dalia Dassa Kaye is the director of the Center for Middle East Public Policy and a senior political scientist at the RAND Corporation.

This commentary originally appeared on The Hill on August 24, 2015. Commentary gives RAND researchers a platform to convey insights based on their professional expertise and often on their peer-reviewed research and analysis.