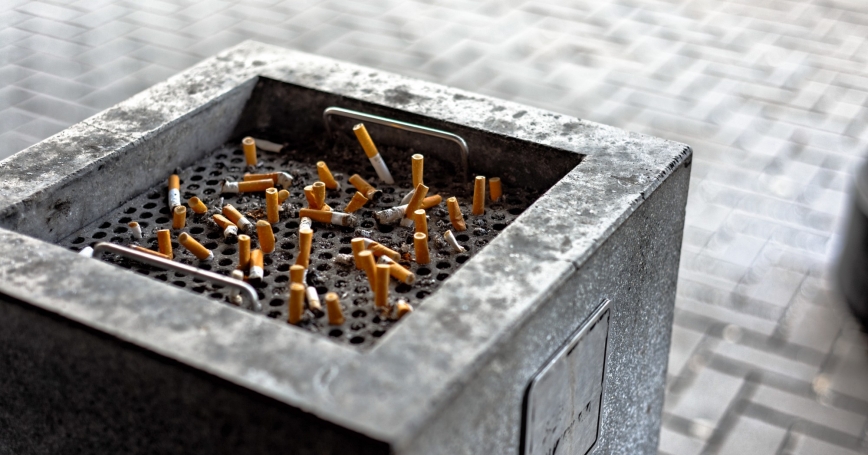 Most unaccompanied homeless youth who smoke engage in a particularly high-risk practice that has escaped the radar of mainstream tobacco-control efforts. It's called “sniping,” a slang term for scavenging cigarette butts and filters in public ashtrays or on the streets — and then smoking the castoffs or using the contents to make a “new” cigarette.

“Snipe” has been used to refer to discarded cigarette butts since the 1890s, according to the Oxford English Dictionary. But the smoking of snipes among homeless youth is a thoroughly modern potential public health problem. Want to spread germs and infectious disease such as influenza or oral herpes? Share saliva with strangers by smoking their trash.

Although cigarette smoking continues to decline among U.S. adolescents and young adults, about 70 percent of homeless youth who live on their own smoke, according to several studies. A recent RAND survey of more than 290 homeless youth in Los Angeles County who engage in high-risk smoking practices found that three of four had sniped in the past month. Our research also showed a connection between sniping and nicotine dependence, extremely low monthly income and drug abuse — all seen as health threats on their own.

As the homeless youth talked about their budget-stretching sniping behavior, some displayed an awareness of the related health concerns. At least one respondent sounded like a parent: “You don't know who's been smoking them, you know?”

Smoking remains the leading cause of preventable disease and death. Among the homeless, smoking-related health risks may be compounded by harsh living conditions, poor nutrition, mental disorders, substance abuse and inadequate access to health care and prevention.

The homeless youth we surveyed reported spending an average of 30 percent of their monthly income on tobacco products. Many said they sniped because it provided cheap and easy access to tobacco.

Legislative and regulatory approaches that have reduced tobacco use among youth in general — such as limiting minors' commercial access to tobacco or increasing taxes on cigarettes — have had little impact on homeless youth. How can a behavior be regulated or controlled when it is off the economic grid — and possibly thriving because of it?

Most of the young homeless we surveyed expressed an interest in giving up smoking. Our research, and the work of others, has also shown that service providers are receptive to helping these young smokers give up the habit.

But any intervention must address what some of the young smokers called “snipe hunting.” Policymakers need to see that coming up with strategies to help homeless youth kick two bad habits, sniping and smoking, is a worthy goal within reach.

This commentary originally appeared in Orange County Register on October 29, 2015. Commentary gives RAND researchers a platform to convey insights based on their professional expertise and often on their peer-reviewed research and analysis.