Back to Work: Middle-Skill Jobs in the STEM Economy 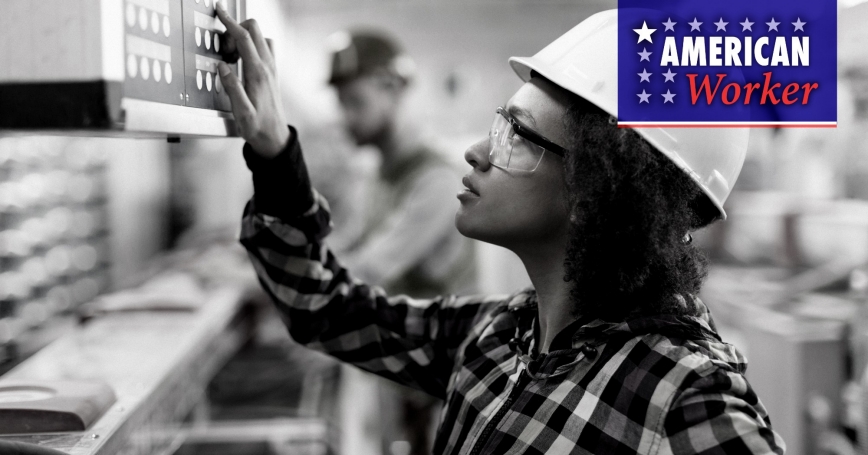 An enduring question that has plagued policymakers since the advent of the Great Recession is: How can unemployed Americans get jobs that have staying power, especially in a labor market that is continually evolving to keep pace with rapid technological innovations? The answer is upskilling and communication.

To find out why, let's take a closer look at the numbers. The unemployment rate has stabilized at 5 percent. Yet, the low unemployment rate does not account for those who have given up looking for work—discouraged workers—who are not considered part of the labor force (and thus, are not part of federal calculations of the unemployment rate). Moreover, the employment rate includes those who are tenuously connected—underemployed—working fewer hours than they'd like or in jobs that are not commensurate to their education or experience levels, such as a person doing “temp work” for eight hours a week. Neither of these groups is faring well: In June 2016, there were 502,000 discouraged workers and an estimated 7.6 million underemployed workers. 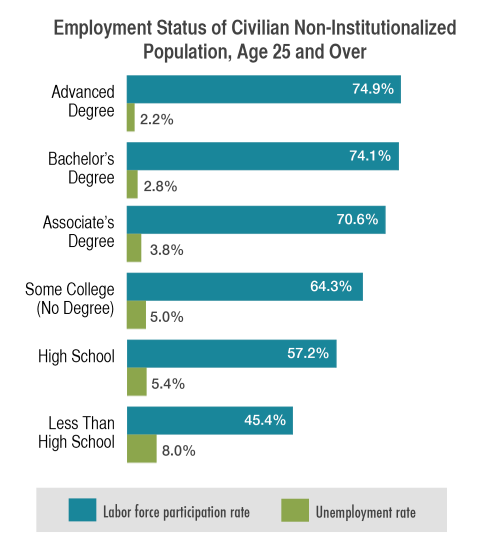 Discouraged workers, the underemployed, and the unemployed with few years of education therefore are in the direst need. Why can't they find work? Employers are struggling to fill positions. Currently, there are over 5 million job openings in the United States, with even more projected openings (PDF) in the coming years as the baby boomer generation retires. This is certainly not for lack of availability of people: There are 8 million people of working age who are unemployed; over 2 million have been for six months or more. One likely reason is that adult mid-career workers have a hard time adapting to the expansion of emerging opportunities in high-demand occupations that require science, technology, engineering, and mathematics (STEM) skills. Current projections anticipate that the STEM economy will grow by 17 percent through 2018, with expected job vacancies totaling 2.4 million. Though high-level STEM jobs requiring advanced degrees dominate most discussions about worker training, middle-skill STEM jobs that require associate's degrees or occupational certifications—such as computer support specialists, web developers, and engineering technicians—are in the highest demand. Vacancies in middle-skilled jobs present an opportunity for adult workers most in need to become gainfully employed.

Vacancies in middle-skilled jobs present an opportunity for adult workers most in need to become gainfully employed.

One potentially effective strategy to reconnect unemployed and underemployed adults is upskilling, or retraining, in high-demand occupations in the growing STEM economy. This has begun and needs to be further leveraged. Consider two major policy initiatives currently underway:

Concurrent with these efforts, raising awareness (PDF) about high-demand occupations that need to be filled will further reconnect adults to the labor force (PDF). Without a clear signal (PDF) of what opportunities are available, potential workers will not know where to direct their attention, what types of certificates and licenses to obtain, or where to pursue education and training.

With considerable attention and resources targeting the sub-baccalaureate labor market and middle-skilled STEM jobs, these two policy initiatives have the potential to reduce adult worker disconnection from the labor force and continue the forward momentum spurred on by the post-recession recovery.