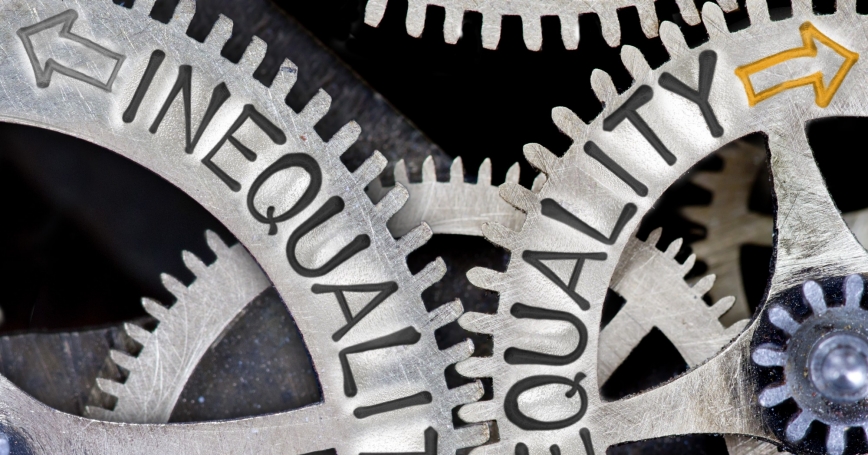 Brexit, the U.S. presidential election, and the popularity of Le Pen's Front National party in France, the AFD party in Germany, politician Geert Wilders in the Netherlands. They are all examples of rising anti-establishment movements that have been attributed to a predominantly white, low-skilled contingent—one that has lost out in the age of globalisation. Politicians and media publications in the UK have referred to these groups as “JAMs,” for 'just about managing.'

Indeed, recent analyses of electoral results from the UK's EU referendum and the U.S. presidential election suggest that “leave” and Trump votes strongly correlate with high density of low-skilled workers. Other researchers showed that regions in the UK, such as the Midlands and North East, which have been more exposed to recent rises in manufacturing imports from China—due to their historical industry specialisation—have systematically higher “leave” voters. Comparable regions elsewhere include America's rust belt, and the north of France, where a significant amount of manufacturing jobs have disappeared.

Furthermore, a chart showing income growth against income distribution has helped to fuel the debate about the squeezed middle. It was assembled in 2012 by Branko Milanovic, an inequality scholar, and became known as the “elephant chart,” because of its shape. It suggests that lower-middle classes in rich countries have been one of the most prominent losers of globalisation in the past couple of decades. The chart shows the relative gain in per capita real income growth between 1988 and 2008 in the global income distribution. Its rough elephant shape is reflected in graph lines that look like a large head and a trunk that go down and up again—and shows that incomes for the middle class have risen in emerging economies like China but fallen for the lower-middle class in advanced economies like Europe and the United States. The incomes for the world's richest 1 percent have risen sharply. Milanovic calls the bottom part of the trunk the “decile of discontent,” referring to those squeezed between their own countries' tycoons and Asia's middle class.

But is globalisation to blame for these trends? Is this the price we have had to pay for the rise of the Asian middle class?

Globalisation might be one of many drivers. But a return to protectionism, through ending trade agreements and throwing up trade barriers, is unlikely to stop this trend. In fact, a variety of other factors may exacerbate the inequality over the next years, particularly such elements as skills, age and household type.

Skills: Technology may drive productivity gains, boost demand and, as such, have a positive effect on employment. However, jobs based on manual and cognitive tasks (low- and medium-skilled work) are more susceptible to being replaced by technologies than those relying on social and creative intelligence (high-skilled work). As a consequence, unemployment for low-skilled occupations is expected to rise in the long term. Moreover, earnings gained from productivity growth related to technology are heavily concentrated among high-income workers and families.

Age: Young people (from ages 15 to 24) are also heavily affected by inequality. They were the only age group in the United States whose income had not grown in real terms over the past half-century, according to U.S. Census data from a 2016 report on income and poverty. And in Europe, when the financial crisis hit in 2008, they were disproportionally affected—one in five workers in this age group is unemployed, while in some countries, including Spain and Greece, only one in two young workers has a job. These conditions could leave lasting scars. Recent empirical evidence (PDF) suggests that unemployment early in a career, or even graduating from school in times of economic crisis, can have lasting, harmful effects on young people's lifetime career arc and salaries.

Households: One in four Europeans is estimated to be at risk of poverty and social exclusion in the EU, and some specific types of households are economically more vulnerable than others. The groups associated with the highest risk of poverty include single parents with dependent children (particularly single mothers), single-person households, and households with at least one member over age 65. These are exactly the household types projected to grow the most over the next decades. Ageing, increasing divorce and separation rates, and shifting gender roles contribute to the higher prevalence of these households.

Studies show that growing up in a single-parent home can have an effect on a child's educational and future employment performance. In the EU, 18 percent of children under age 15 do not live with their parents. At the same time, Europe's population is ageing—one in four people will be 65 or older by 2030. In addition, single-person households are the fastest-growing household type in Europe.

With so many factors at play, it may be too simplistic to blame only globalisation for the squeezing of the middle in the West. Inequality has multiple dimensions, such as the increasing income gap between high- and low-skilled workers, the increasing income gap between younger people and the rest of the population, and the vulnerability of particular households. With so many aspects contributing to the equation, there is a big risk that certain groups will become trapped in poverty and social exclusion, with a vicious cycle of inequality continuing for these groups for years to come. Governments should focus on breaking this cycle.

Concentrating on bringing back manufacturing jobs from China to the West is not enough. The United States, UK and other countries in Western Europe should increase their focus on education and training to make sure that the labour force has the skills needed to succeed in a future economy. It should also emphasise early intervention to improve education and employment outcomes later in life. This approach should be less costly and more effective than having to repair these gaps down the road for those 'just about managing.'

Stijn Hoorens is associate director of RAND Europe, the head of RAND's Brussels Office and faculty member at the Pardee RAND Graduate School.

This commentary originally appeared on E!Sharp on December 14, 2016. Commentary gives RAND researchers a platform to convey insights based on their professional expertise and often on their peer-reviewed research and analysis.